Extension to convention center would open in time for 2020 Democratic Convention. 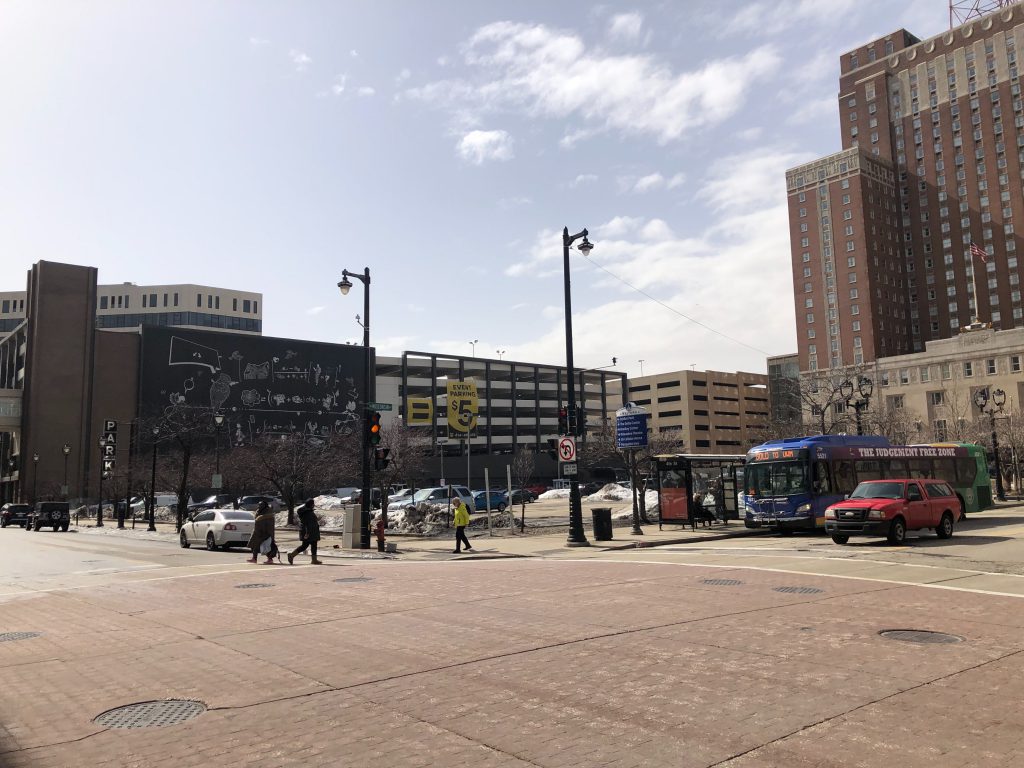 City officials are laying the groundwork to extend The Hop to W. Wisconsin Ave. and the convention center in time for the Democratic National Convention in July 2020. Construction is planned to begin in September.

The extension, which would connect The Hop with the Wisconsin Center, Hub 640 office building, redeveloped Grand Avenue Mall, Hilton City Center hotel and much of Westown, would add a single stop to the existing line at N. Vel R. Phillips Ave. (formerly N. 4th St.) and W. Wisconsin Ave. It would connect with the line’s current western terminus at W. St. Paul Ave. and N. Vel R. Phillips Ave. near the Milwaukee Intermodal Station.

“Some in Milwaukee might not place a big value on the streetcar, but obviously people in Washington D.C. do,” said Alderman Robert Bauman in an interview. A contract between the city and Democratic National Committee regarding the convention stipulates that the streetcar must be free, a provision that Bauman says the DNC requested.

The value of the streetcar to the estimated 50,000 attendees will increase dramatically if it actually connects directly to the convention. The security perimeter of the event is likely to be at or near W. Wisconsin Ave., making the new station a logical terminus for the route. Coming by car, bus, bike or streetcar, any attendees will have to walk the remaining distance to Fiserv Forum or any other convention venue from the edge of the security perimeter.

A final cost estimate of the 0.3-mile extension is expected to be available in April. The city is expected to fund the extension using a tax incremental financing district, part of a plan first approved by the Common Council in 2016.

A portion of the extension, which would go south on N. 5th St. and north on Vel R. Phillips Ave., would be built through a city-owned parking lot across the street from the convention center. The city, which has marketed the site in the past, envisions redeveloping the site and harvesting new property tax revenue to pay for the cost of the streetcar.

City officials have been working on engineering plans for the extension for months, something that Mayor Tom Barrett subtly teased in his speech at the system’s inauguration on November 2nd. In a lengthy speech thanking virtually everyone that ever worked on the project, Barrett quickly mentioned: “we have started the design work on the first leg of the streetcar to Bronzeville.”

Future extensions of The Hop to Fiserv Forum and Bronzeville would use the W. Wisconsin Ave. extension. But if the streetcar is to be extended to Walker’s Point and Bronzeville using federal grants, as a recently completed land-use plan envisions, the Common Council will need to authorize federally-required alternative analysis studies of the proposed routes.

The authorization could be approved alongside a resolution authorizing engineering work on an extension along N. Prospect Ave. and N. Farwell Ave. on the Lower East Side according to sources close the issue. The east side and arena extensions already received a “finding of no significant impact” from the Federal Transit Administration as part of the original streetcar study.

Final engineering work on the Wisconsin Avenue extension is intended to be complete by June 2019. Kiewit Infrastructure, which built the streetcar’s 2.1-miles-long first phase, will return to Milwaukee later this year to finish the lakefront extension. The lakefront extension, much of which is built, is scheduled to open in 2020. Officials are working to coordinate construction of the remaining track with the construction of The Couture, which is planned to include a station in its base.

The short expansions aren’t without precedent. Portland, which operates one of the nation’s most successful streetcar systems, has built multiple extensions shorter than a half mile.

Barrett did not respond to a request for comment by the time of publication.

Urban Milwaukee first reported on the planned extension in January. The measure is likely to come before the Common Council in the coming months.

More about the 2020 Democratic National Convention

One thought on “Transportation: Streetcar Extension Planned To Start in September”