Love’s On Tap in Walker’s Point 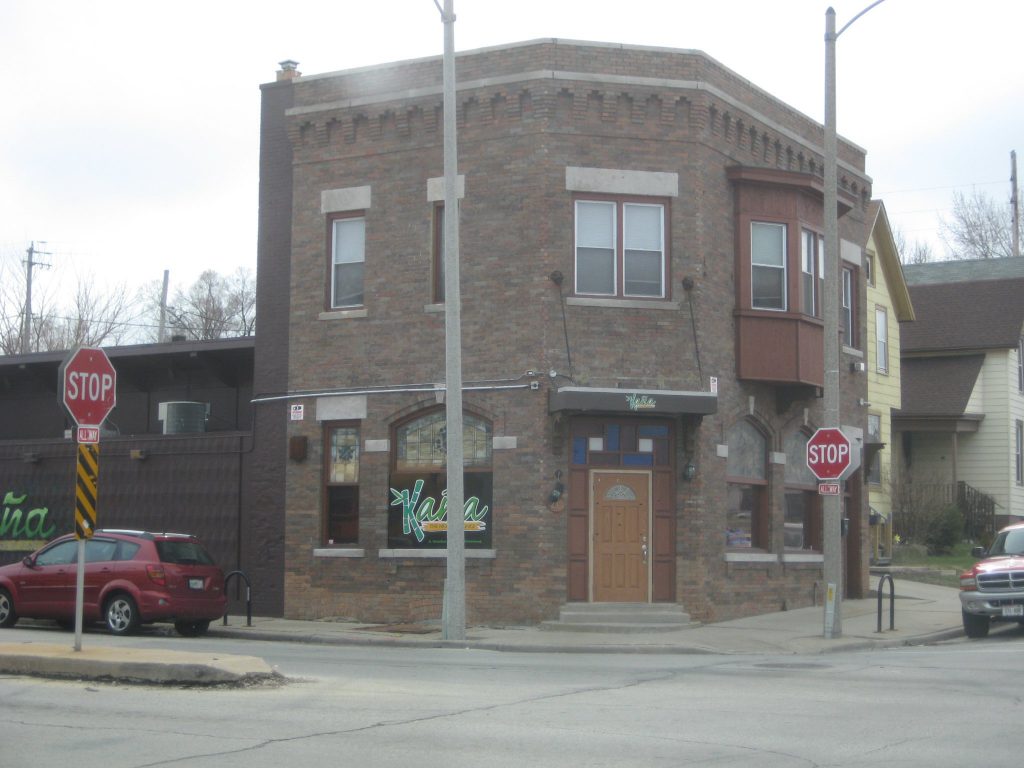 201 W. Mitchell St. Photo from the City of Milwaukee.

A new bar and restaurant, dubbed Love’s on Tap, has been proposed for the current Bamboo Lounge space at 201 W. Mitchell St. If approved, the business would offer a small food menu, alcohol, “live music, DJs, dancing and karaoke.” The space is 2,080 square feet and can fit about 89 people. Renovations are scheduled to be completed by mid-April, and the establishment is expected to open on May 1.

According to a license application filed with the City of Milwaukee, Love’s on Tap is listed under Elizabeth Torres. She will operate the bar with her fiancé, Monte Love, said building owner McArthur Love, who is Monte’s father. Torres could not be immediately reached for comment.

Marla and David Poytinger, owners of AXE MKE (1924 E. Kenilworth Pl.), are bringing an axe throwing and floor shuffleboard bar to 230 E. Pittsburgh Ave. It will be called NorthSouth Club, with the north side of the building revolving around axe throwing, and the south side around shuffleboard.

Marla Poytinger spoke with Urban Milwaukee about the plans:

Separated activities will coincide with matching themes. The axe-throwing portion will follow a cozy, “northern” theme while the shuffleboard club will have a beach-like, “southern” feel. The drink menus will be tailored to fit each experience, with two different menus to fit each side. Local beers and fun, interesting craft cocktails will compliment both themes. “At all of our venues, we try to make them experiential and immersive,” she says.

Following the format of AXE MKE, NorthSouth Club will forego a kitchen and will instead serve small snack items. The business will also partner with local restaurants and caterers for food options for private events. Poytinger says the lack of cooked food prevents them from being a competitor to nearby businesses. “We want to be an asset to the community and share customers,” she says.

Exact hours have not been decided. However, Poytinger says NorthSouth club will be open daily except for Tuesdays. The bar will also be closed by 11 p.m. on weekdays and 12 a.m. on weekends. 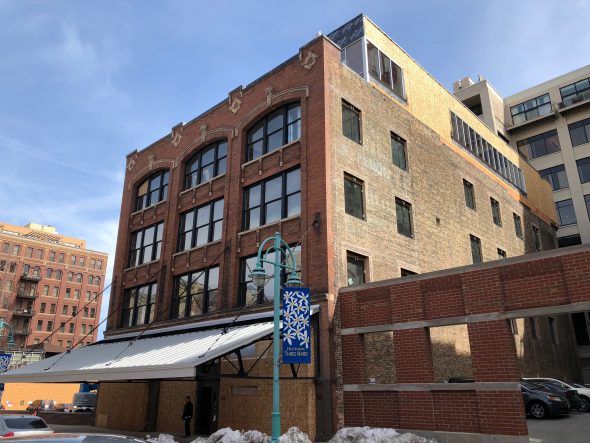 The national burger chain Wahlburgers has announced that a second Wisconsin location will open at 322 N. Broadway before the end of the year. The chain, owned by actor Mark Wahlberg and his brothers, actor-musician Donnie Wahlberg and Chef Paul Wahlberg, serves burgers, sandwiches and specialty drinks.

The Journal Sentinel’s Tom Daykin provides some of the restaurant space’s history:

The Milwaukee location will use the first floor of the former Jennaro Bros. produce warehouse.

That building was converted last year by Joseph Property Development LLC into offices on its upper levels, which include a penthouse addition.

It was the last remaining produce warehouse on Commission Row before those buildings were redeveloped into stores, restaurants, apartments and offices. 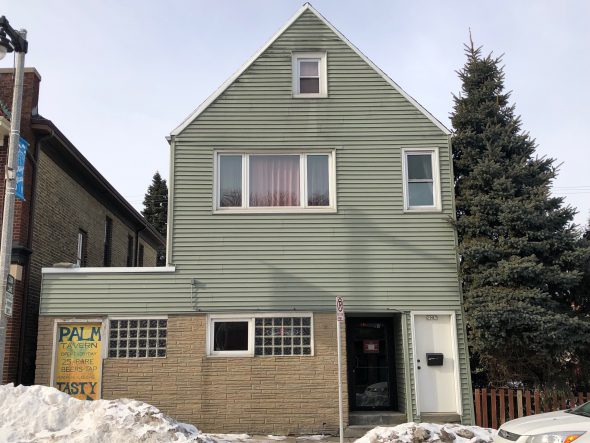 A new bar, called Trailer Park Tavern, is slated to open at the former Palm Tavern space at 2989 S. Kinnickinnic Ave. The new tavern’s owner is Jordon Bledsoe, and it’s expected to open in two or three months.

Urban Milwaukee reported on the transaction:

Bledsoe purchased the building for $315,000, according to state records. The records list a Redondo Beach, California address for Bledsoe, which is also for sale. Bledsoe says he has been living in Wisconsin since Thanksgiving. “I’ve learned in my industry it’s a must to own the real estate if possible, as well as the business,” he says. “I’ve seen too many great bars go out of business because the landlord wouldn’t renew their lease.” 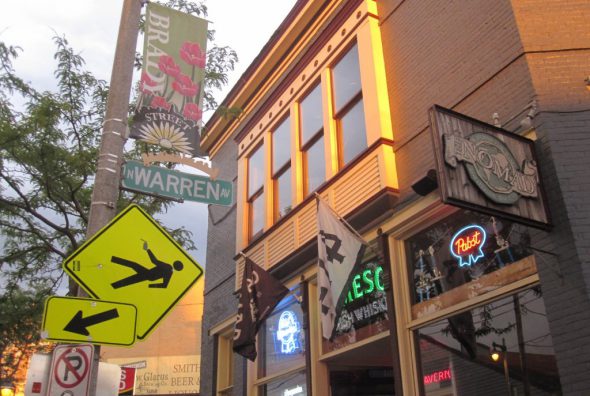 The building that houses Nomad World Pub (1401 E. Brady St.) has been sold to a buyer from Chicago, but the business will remain intact, according to owner Mike Eitel. Eitel also says that his current lease covers the next 30 years.

The buyer is Gnome Brady LLC, which is registered to Mike Pias, and lists an address in Chicago.

According to state records, the property fetched a price tag of $1.75 million. The property has an assessed value of $339,000, according to city records.

Fred’s Custard and Grill (4726 W. Vliet St.) is being sold for an asking price of $329,000. Owners Jim and Carol Carter plan to retire after the business is sold, but are open to training the new owners. The restaurant, which opened in 1967, specializes in fare such as burgers and Chicago-style hot dogs.

The sale of the business includes the 967-square foot building – erected in 1957 to house a Tastee-Freez (and later home to Wilke Frozen Custard) – currently assessed by the City Assessor’s Office at $145,000, although the listing on BizBuySell.com states that owners Jim and Carol Carter are “willing to consider a sale without the real estate with a triple net lease.”

The listing includes details on cash flow and gross revenues. 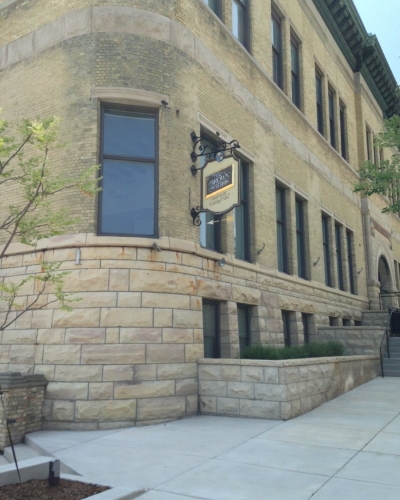 The Brown Bottle (221 W. Galena St.) has temporarily closed following the purchase of Schlitz Park by TPG Real Estate and Crestlight Capital for $101 million in February. The owners also informed the site’s other tenants on Monday that The Brown Bottle’s general manager resigned “to pursue other endeavors.”

The new owners’ note to Schlitz Park tenants said they will offer additional food options in the Stock-House through FOODA, a new concept that provides on-site, pop-up restaurants with a menu that changes daily. They said they are also exploring a new coffee bar operator.

“We could not be more grateful for the opportunity to restore and shepherd this historic and unique venue into a new and improved look later this year,” the ownership team wrote.