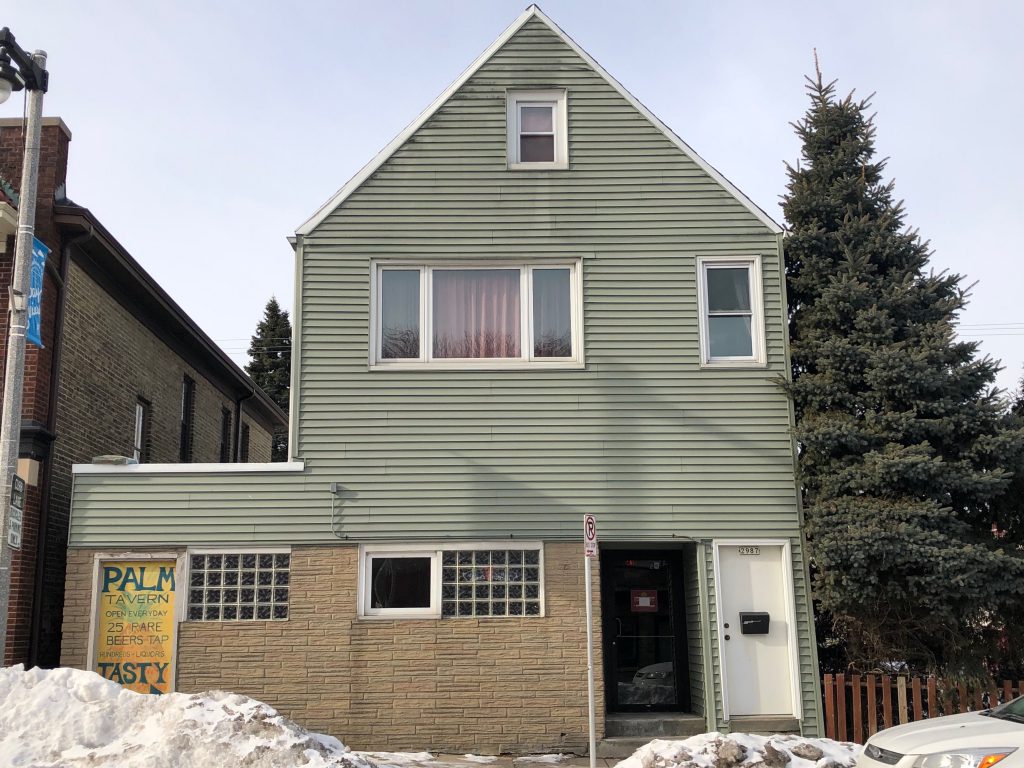 In February, Palm Tavern‘s former owner, Bruno Johnson confirmed the bar had been sold.  Now, more details are emerging about the new owner and business.

Owner Jordon Bledsoe says that the new bar, called Trailer Park Tavern, will open at 2989 S. Kinnickinnic Ave. in about two or three months, following the licensing process. In messages sent to Bledsoe through Trailer Park Tavern’s Instagram page, Bledsoe declined to give further details about the business until closer to the opening. In communications with Urban Milwaukee, Bledsoe also withheld his last name.

The tavern’s Instagram page does provide a couple updates. A post from last week shows the interior of the bar. Some ceiling decor is visible, along with wooden booths and tables. A small model trailer home also sits on a table in the middle of the room. A comment on the same post shines a little bit of light on plans for the tavern:

The Tavern will be a total locals joint with great prices, great local beer selection and…over all friendly[,] laid back atmosphere.

Johnson confirmed the Palm Tavern had been sold on February 18 in a cryptic Instagram post that initially mentioned “some retooling and a touch of management change.” Johnson first opened the bar in 2003, and actually put the bar up for sale last year. The property is located at 2987-2989 S. Kinnickinnic Ave., and according to state records, was sold by Pierson Properties LLC. The property’s grantors are listed as Bruno Johnson and Adrienne Pierluissi. The same Florida address is listed for Johnson, Pierluissi and Pierson Properties LLC.

Bledsoe purchased the building for $315,000, according to state records. The records list a Redondo Beach, California address for Bledsoe, which is also for sale. Bledsoe says he has been living in Wisconsin since Thanksgiving. “I’ve learned in my industry it’s a must to own the real estate if possible, as well as the business,” he says. “I’ve seen too many great bars go out of business because the landlord wouldn’t renew their lease.