Punch Bowl Social, a Denver-based “eatertainment” chain, will open its first Wisconsin location at the Milwaukee Bucks‘ Entertainment Block this weekend. Urban Milwaukee got a sneak peek during a media open house on March 6th.

The two-story facility includes three bars, an arcade room, three private karaoke rooms along with various board and table games throughout. The dining areas have 90 reservable seats but can fit up to 1,000 people in total. Most of the company’s locations range from 20,000 to 25,000 square feet in size. The Milwaukee location (1122 N. Vel R. Phillips Ave.) follows suit at about 24,500 square feet.

In terms of decor, Punch Bowl Social includes five themes: mountain lodge, mid-century modern, industrial, Victorian and a fifth-localized theme. For the Milwaukee location, lake and cabin culture were tied-in through details such as rope-shaped lights and shiplap (a type of wooden board used in barns and sheds). Some German cross-stitch wallpaper serves as a nod to the city’s German history. Antler chandeliers and a stag head in the Holiday Lounge reference the company’s signature stag, but could also be interpreted as a nod to a certain deer mascot. “I’m sure the coincidence won’t be lost on many Bucks’ fans,” says founder and CEO, Robert Thompson.

Each of the karaoke rooms are their own ode to Wisconsin. The first room is space themed, a nod to the song “Space Cowboy” by Steve Miller Band (Miller is a Milwaukee native). The second room is dedicated to nothing other than cheese, complete with cheese-themed wallpaper and end tables in the shapes of cheese wheels. The third room, dubbed Moonlight Sonata, is a whimsical space inspired by West Allis-born Liberace.

Thompson notes a scratch kitchen and craft cocktail bar allow Punch Bowl Social to emphasize food and drink as much as the company’s entertainment element. The menu, curated by chief culinary and beverage officer Sheamus Feeley, offers both lighter and indulgent dishes.

On the drink side, many of the offerings are the creation of mixologist Patrick Williams. Williams says he visits each location before its opening to taste local ingredients used in the drinks and to help train staff members. Non-alcoholic options include mocktails, housemade sodas, fizzes and juices. Both alcoholic and non-alcoholic shakes and malts are available.

Punch Bowl Social will also offer a late night menu, happy hour specials from 3 p.m. to 6 p.m., a brunch menu and bloody Mary bar on Saturdays and Sundays, and a kids menu daily.

Punch Bowl Social will officially open to the public on March 9. A grand opening party will start at 6 p.m. Tickets and more information are available on the party’s event page.

The company is the second tenant to open at the Bucks’ Entertainment Block. Good City Brewing opened in January at 333 W. Juneau Ave. Other tenants include a Drink Wisconsinbly Pub announced in December 2018, and the MECCA Sports Bar and Grill, which was announced in February. 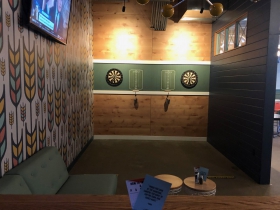 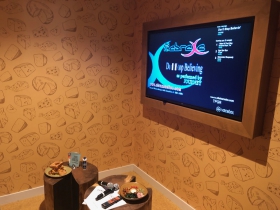 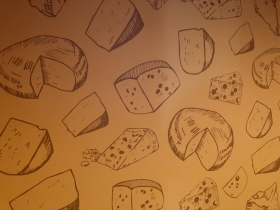 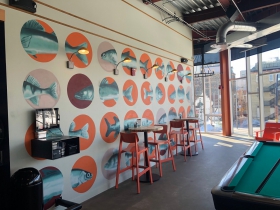 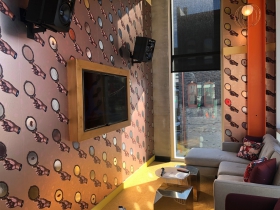 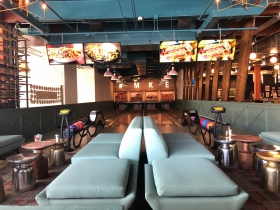