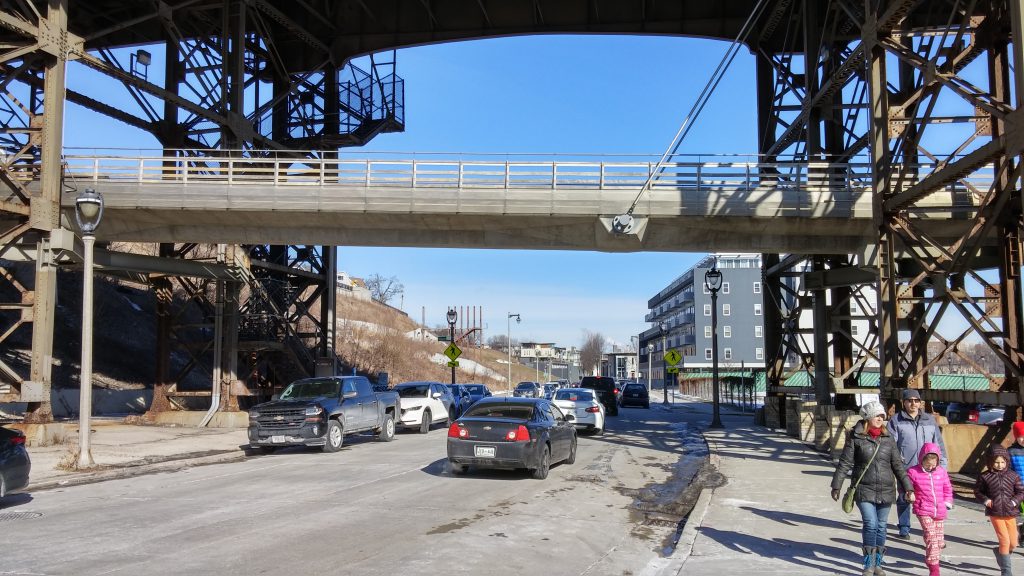 Canals are seldom aesthetically pleasing. They are usually in industrial areas and very few people want to live near a canal or even on a street named Canal. But canals played an important role in the development of Milwaukee.

Many early settlers came to Milwaukee via the Erie Canal, which carried travelers through the state of New York to Lake Erie, where the journey could be completed by ship through lakes Erie, Huron and Michigan. Early Milwaukeeans Byron Kilbourn, Increase Lapham and Garrett Vliet worked their way to the city as surveyors and engineers for canals in Pennsylvania, Ohio, Michigan and Illinois. And many of the city’s first laborers were Irish immigrants who worked their way west digging canals.

Milwaukee’s early years saw the development of canals within the city. There was cause for celebration in 1857 when the canal that is between the Summerfest grounds and Jones Island was opened for large Lake Michigan ships to enter the city’s rivers. That paved the way for other canals in the Menomonee Valley and on the Kinnickinnic River Basin that would allow those ships to directly access industrial docks.

Milwaukee’s first canal project, and by far its most ambitious, went by the grand name of the Milwaukee and Rock River Canal. It was a gigantic flop. The plan was to build a canal that would link Lake Michigan and the Mississippi River. Starting at the harbor, it would run north parallel to the Milwaukee River until it reached Hampton Avenue. From there it would turn west where it would merge with the Rock River near Johnson Creek. The Rock River would then carry the canal traffic the rest of the way to the Mississippi.

Work began in the fall of 1840 when laborers constructed a retaining wall along the bottom of the Milwaukee River bluffs on the west side of the river, near N. Humboldt Avenue. They also built earthworks in preparation for the dam south of E. North Avenue. Despite assurances by the organizers that work would continue the next spring, no progress was made the next year. Work finally resumed in the fall of 1842 when the dam was finished, and the canal was completed south from the dam to W. McKinley Avenue. That was it. The projected 51-mile-long canal still had 50 miles to go, but it would go no further.

It was a terrible time to spend money on canal construction. Railroads were already running in the East and they were cheaper, faster, and more efficient than canals, and to make matters worse the political winds in Wisconsin were strongly against completing this canal. Canal building was dying nationally and the investors in the Milwaukee and Rock River Canal decided to get out of the canal business and direct their resources toward building railroads.

All was not lost though. Water flowing through the completed one-and-a-quarter-mile-long canal was used to power mills and other businesses along it for a few decades. In the mid-1880s, the southern portion of the canal was filled in and named Commerce Street. More sections were filled over the years, extending the street northward to the North Avenue dam.

In 1972, the north end of N. Commerce Street was reconfigured. Starting near N. Weil Street, a new road was created that ran uphill to N. Humboldt Avenue and that was called Commerce Street. The old section of Commerce Street that ran under the Humboldt Avenue Bridge was renamed N. Riverboat Road for the Riverboat Cocktail Lounge and Restaurant that was there at the time. The ordinance renaming it credited Tom Terris, the proprietor, with “the most outstanding job of riverside beautification of any business entity along either bank of the Milwaukee River.”

There have been many others working to beautify the banks of the Milwaukee River since then, and N. Commerce Street and N. Riverboat Road have changed from a dreary wasteland to a pleasant street lined mostly with apartments and condos as well as the popular Lakefront Brewery. North Commerce Street has now been extended east of N. Humboldt Avenue to E. North Avenue. The north end of N. Riverboat Road now has a kayak launch and a restored natural green space known as Turtle Park. 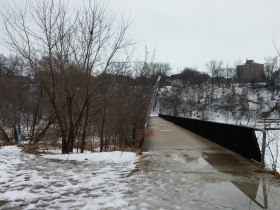 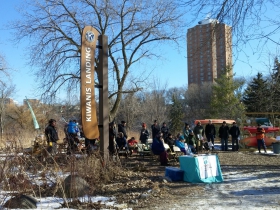 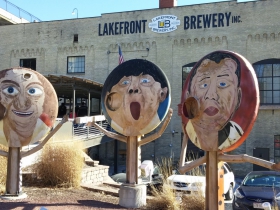 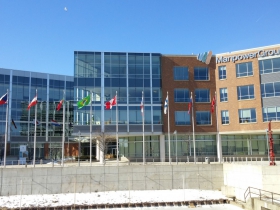 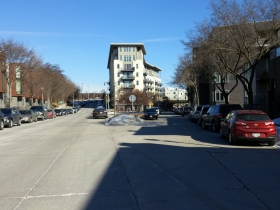 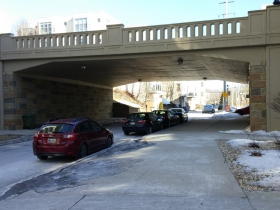