What Do Democrats Stand For?

They can’t just be anti-Trump or anti-Walker, they need a clear theme. Like what? 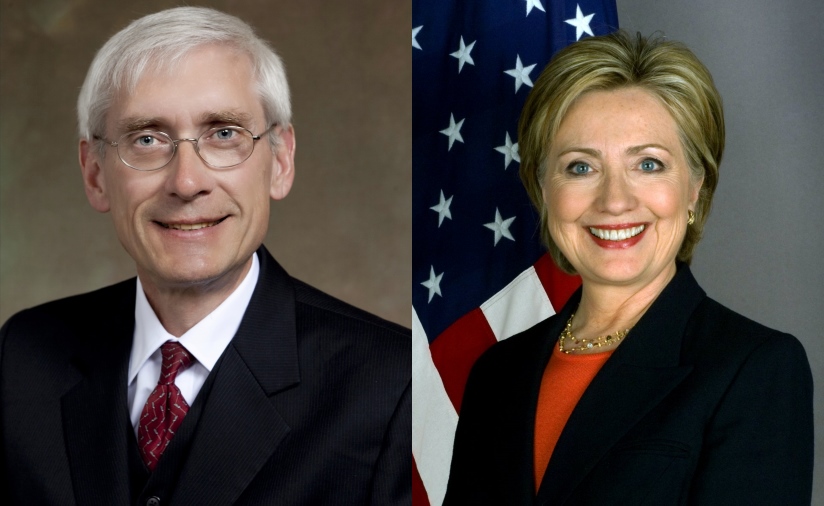 The blue wave of November was driven mostly by voters who were anti-Trump and worried about health coverage of pre-existing conditions. But that hardly amounts to a party platform. And in Wisconsin it was barely enough for a win, as Governor-elect Tony Evers won just 50.6 percent of the vote.

On the eve of the election, liberal columnist Michael Tomasky wrote a column for the New York Times arguing that whatever the party’s current momentum, it still has no coherent stance on the economy to inspire voters.

“Republicans have a theory and a story about how the economy grows,” he writes.”You know it as supply-side economics: Cutting taxes, especially on the rich, and decreasing regulation will unleash so much innovation and economic activity that tax revenues will actually increase and the entire economy will benefit.”

“This has been the conservative story,” he continues, “which the right has elevated to veritable religion, for 30 or 40 years now. And the Democrats’ alternative story is … what?”

Tomasky notes that two party advisors coined the term “middle-out economics” as a counter-slogan to supply-side economics and “President Obama even used the phrase a few times.”

Democrats instead have fallen back on a pitch for “fairness,” which “persuades only liberals,” Tomaksy argues. Rather, the Democrats’ need “a story about how the economy works and grows and spreads prosperity” that “has to be built around the simple idea of investing in middle-and working-class people…Democrats need to argue that these investments, not tax cuts for the rich, are the way to spur growth.”

The obvious slogan is “middle-class economics.” It’s a phrase everyone understands immediately and that harkens back to what was once the genius of the American system: a strong middle class that was the backbone of our economy and a voting bloc that effectively picked our political leaders. With a strong middle class, consumption increases, companies can sell more products, tax receipts increase and the country prospers.

On both a state and national level, most of the important issues fall neatly under the slogan of middle class economics. Trump and the Republicans supported a tax plan that mostly rewarded the rich, while in Wisconsin Gov. Scott Walker and the Republicans passed a flock of tax cuts that with the results that the top 1 percent now pay 7.7 percent of their income in taxes, versus more than 10 percent for the middle class and poor. Yet countless studies show tax cuts to average people result in more spending and more benefit to the economy.

Nationally Republicans wanted to destroy the Affordable Care Act and its coverage for millions of average people, which gives them more freedom to seek the best job for them rather than one that pays health insurance. And in Wisconsin Walker supported a suit to overthrow the ACA and declined federal funding for expanded Medicaid that cost taxpayers — and ultimately the state economy — more than $1 billion

Nationally and in Wisconsin, Republicans have opposed an increase in the minimum wage. Yet studies show a minimum wage of $10 actually results in more jobs, because higher wages result in more consumption and an expanded economy.

Both nationally and in Wisconsin Republicans have opposed actions to relieve those with college student debt, leaving millennials so in hock they can’t afford to buy homes or even cars. The national debt load is so huge, moreover, it could eventually lead to another economic crash. Democrats have pushed for debt relief and should also push for more affordable universities, because they still provide the clearest path to the middle class (and in Wisconsin have spun off companies that create jobs). Walker and the Republicans instead have slashed UW System funding to the point where universities are losing talented staff.

Federal regulations of Wall Street will prevent a recurrence of the Great Recession which caused massive harm to the economy and reduced the incomes of countless Americans. State rules for the Wisconsin Economic Development Corporation and Foxconn, which the Republican lame duck bills have further weakened, are needed to make sure all companies getting state subsidies produce the jobs they promised, to make sure the taxpayers’ investment was protected.

Nationally Republicans are supporting fossil fuels which cause pollution, sickness and death and are the main contributor to climate change. Democrats should push to make the U.S. the world’s leader in alternative energy, which will generate many jobs while protecting our health and building a new economy. The issue is even more important in Wisconsin, which gets most of its energy from coal. Wisconsin spends more than $12 billion annually to import coal and gas, importing pollution to this state and exporting potential jobs to coal and gas producers while failing to grow alternative energy jobs here.

Republicans in Wisconsin and other states have passed right-to-work laws that make it difficult for private sector unions to organize. But the data shows that leads to lower wages for all workers and doesn’t help the economy and probably hurts it. Union jobs build a stronger middle class, which means fewer Americans need government help, and should be a bread-and-butter issue for Democrats.

And for those whose wages leave them in poverty or barely above it, Democrats should support federal and state laws to increase the earned income credit (one of the first things Walker cut upon becoming governor), laws to protect workers from wage theft and to assure them of overtime pay. Yes, this is about fairness, but also because the more middle class workers we have, the stronger the economy and the less need for government handouts.

As obvious as “middle class economics” is as a Democratic slogan, candidates like Hillary Clinton (“Stronger Together,” snooze) have avoided it because the party is addicted to identity politics, given how critical minority voters are to Democratic success. (Evers didn’t really offer any slogan.)

But middle class economics can and should be aspirational: it must create a pathway for those left out to join the middle class. And the reality is that minority and women workers are more likely to benefit from a hike in the minimum wage, laws against wage theft, and increases in the earned income tax credit.  Private sector unions historically helped increase wages for minorities and replacing coal with alternative energy would have the greatest health benefit for minorities, who tend to be the most impacted by these emissions.

To take a local example of a universal program that helps minorities more, government funding of transit to assure workers in Milwaukee can get to suburban jobs helps companies get workers and helps minority workers get jobs. But anyone can take those buses, and in fact the county bus system is vital to all workers, whatever their race, gender or age.

That’s not to say there aren’t some problems that at their heart are issues of fairness that often leave minorities penalized. But a platform of middle class economics doesn’t prevent these issues from being addressed. Meanwhile it’s a very strong slogan with wide-ranging applications to the nation’s problems — and a clear answer to fraudulent promises of supply-side economics.

4 thoughts on “Murphy’s Law: What Do Democrats Stand For?”