The Hop to launch with "Grand Hop-ening" celebration November 2nd-4th. 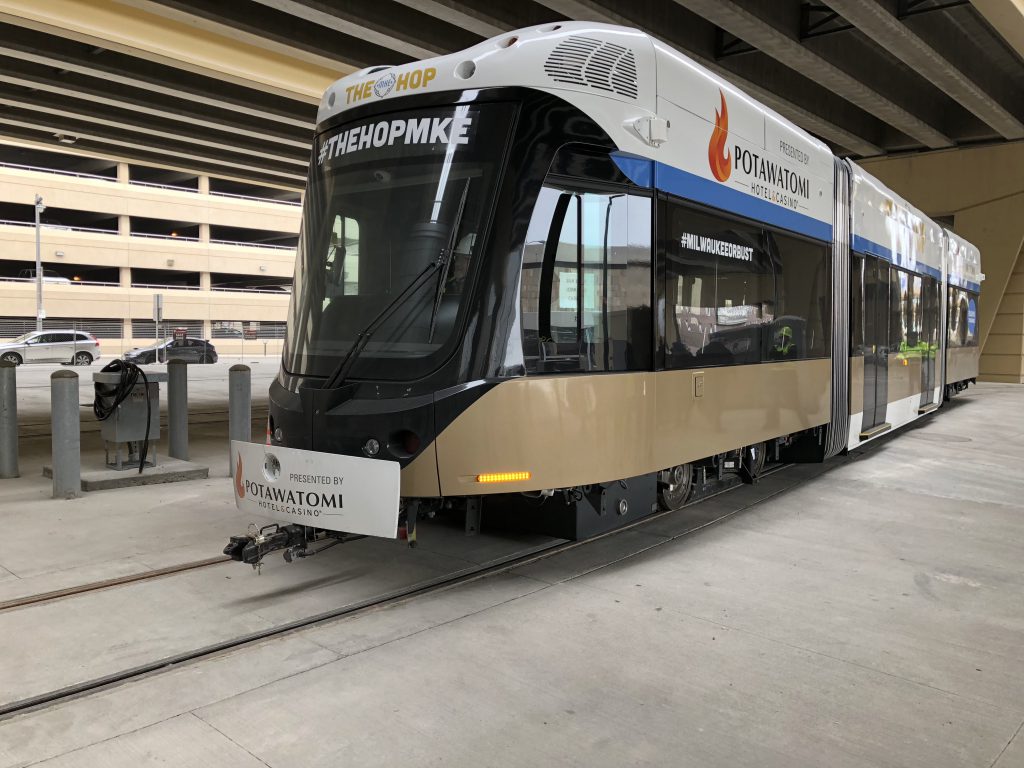 The Hop’s first vehicle making its inaugural trip to the maintenance facility. Photo by Jeramey Jannene.

The public will finally be able to ride The Hop starting November 2nd at noon.

To celebrate the launch of the $128 million streetcar system, the city will host a three-day event dubbed the “Grand Hop-ening” centered around Cathedral Square Park.

“This is a historical milestone years in the making and one we’re excited to celebrate with the entire community,” Milwaukee Mayor Tom Barrett said. “The Hop will be a tremendous asset to the city and a key contributor to the renaissance we’re experiencing in Milwaukee. Whether you live downtown, work downtown, or just enjoy experiencing all of the incredible energy, excitement and amenities the city has to offer, ride The Hop and help keep Milwaukee moving forward.”

In delivering his 2019 budget proposal, Barrett said Tuesday the system was “on time and on budget.”

The three-day event will begin with a ceremony at noon Friday. Saturday’s festivities will be centered around the businesses along the route. Sunday’s activities are being billed as a “family-friendly celebration.”

Rides on the system will be free through at least next November 2019 due to a $10-million, 12-year sponsorship agreement with Potawatomi Hotel and Casino. No tickets will be required to ride, riders can simply get on the vehicles at any of the stations.

The 2.1-miles-long first phase connects Westown and the Milwaukee Intermodal Station with the Historic Third Ward, East Town and the Lower East Side. The lakefront line expansion, the system’s second phase, is scheduled to begin service in 2020.

Additional expansion plans are already underway. The Common Council has approved an extension to the Wisconsin Entertainment and Sports Center and The Brewery, contingent on the city receiving a federal grant to cover 50 percent of the estimated $40 million. The city also recently released renderings on how the system would interact with the Walker’s Point and Bronzeville neighborhoods.

The vehicles, which can now be spotted almost daily undergoing testing on the route, will become a much more constant presence in advance of the opening. Transdev, the company contracted to operate the system, will begin “pre-revenue service” in October that is designed to simulate actual daily service on the system.