See conceptual plans for how The Hop could integrate with Bronzeville, Walker's Point 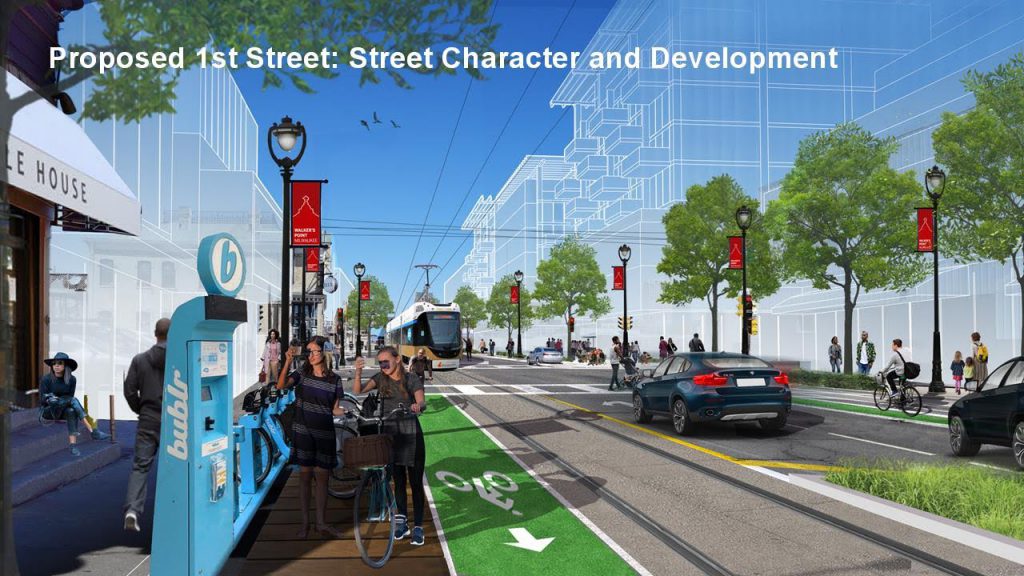 The City of Milwaukee has released conceptual renderings of how extending the streetcar system to Bronzeville and Walker’s Point could change both neighborhoods.

The renderings were first released at a public workshop held Tuesday night regarding land-use plans for the each neighborhood. A second workshop is scheduled for Walker’s Point on Wednesday night.

The meetings are the fourth installment in a series focusing on how the extensions can better connect residents to downtown jobs and maximize positive impacts on the two neighborhoods, while respecting and maintaining the neighborhoods’ character. Residents and area stakeholders are invited to give their input as part of the process.

In Walker’s Point, the renderings depict empty lots on a traffic-calmed S. 1st St. being developed into mid-rise buildings and continued activation of S. 2nd St. following the street’s 2010 narrowing. A greenway, a street that encourages cycling over high-speed driving, is proposed for Washington St. that would better connect Walker’s Point and the Harbor District to neighborhoods to the west for cyclists. A similar proposal, sometimes called a bike boulevard, is in the works for Riverwest.

In October 2016, Urban Milwaukee broke the news that the city had received a $750,000 grant from the Federal Transit Administration to study transit-oriented development along two future extensions of the route. These workshops are a step in that planning process and will help city planners draft modifications to the zoning code and plans for streetscaping, bicycle and pedestrian infrastructure. The city is also examining strategies to avoid displacement of existing residents if new development does occur.

Looking for more information? The planning effort has a website, MovingMKEForward.com. The city is leading the workshops in partnership with the King Drive Business Improvement District, Walker’s Point Association, and the Harbor District. The city has hired Skidmore, Owings and Merrill to help facilitate the study.

To date the concept of transit-oriented development (TOD) locally has been illustrated by projects like The Couture, which will have a streetcar and bus rapid transit station in the first floor of the building, but TOD is often not that literal. Successful TOD strategies include aligning zoning and design standards along a transit corridor, finding synergies with other public investments along the route, as well as maximizing the development of land nearest transit stops and stations.

The Milwaukee Streetcar project, now known as The Hop, is scheduled to begin operation this fall. An extension to the lakefront is scheduled to begin in late 2019. The $128 million starter system is being funded in part by $68 million in federal grants. A 12-year, $10 million sponsorship commitment from Potawatomi Hotel & Casino was announced in late 2017, which coupled with a federal operating grant, will keep the project from having a direct impact on the city budget until at least 2021.

The Milwaukee Common Council has approved a funding plan for a streetcar extension from the Milwaukee Intermodal Station to the arena, contingent on the city receiving federal funding for a portion of the route. The city has been unsuccessful in securing a grant with their recent applications, but had to apply multiple times to secure the grant to build the lakefront extension.

The grant funding the Bronzeville and Walker’s Point study includes funding for examining land-use patterns around potential extensions, but not for engineering work on the route itself. 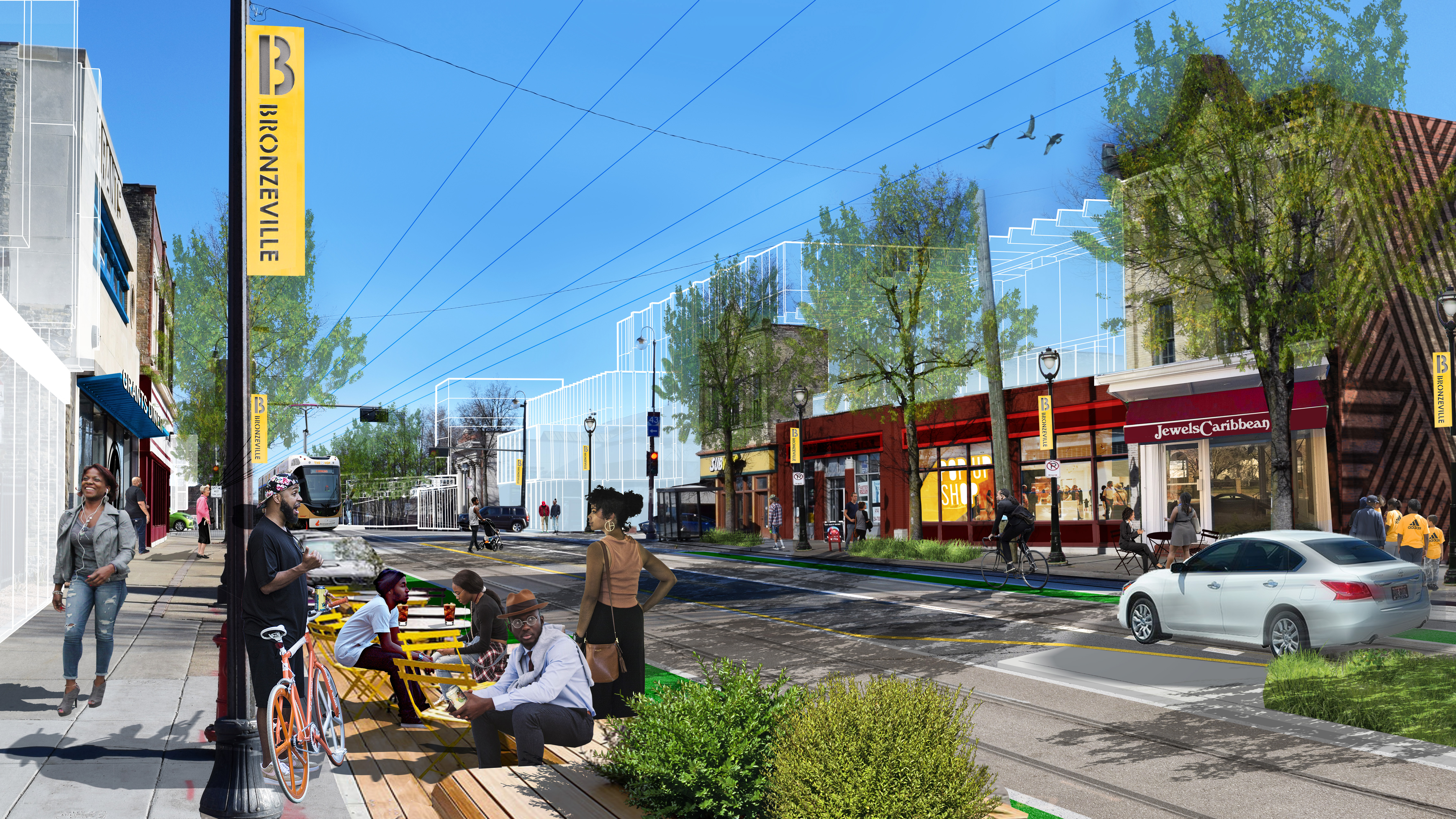 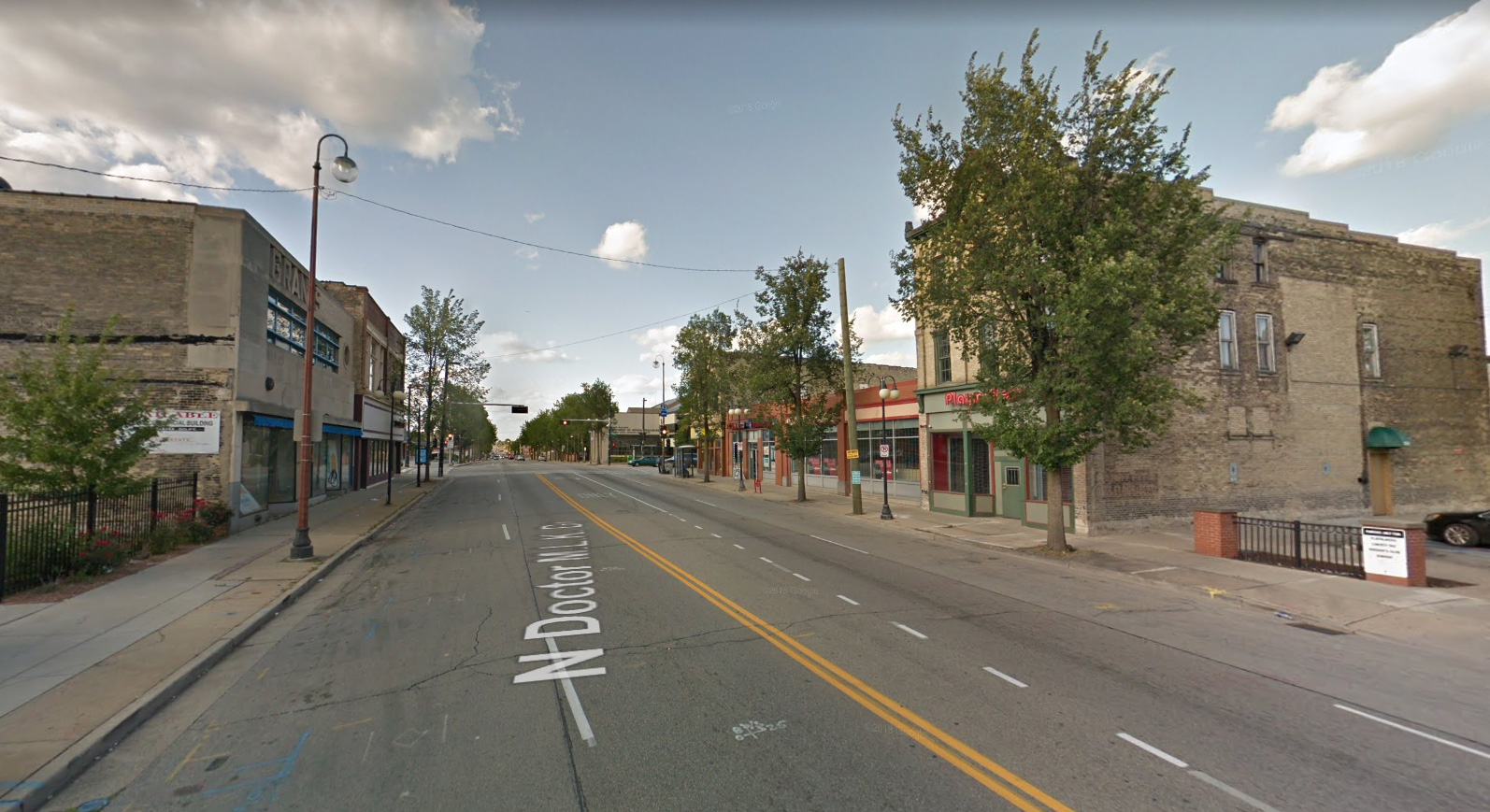 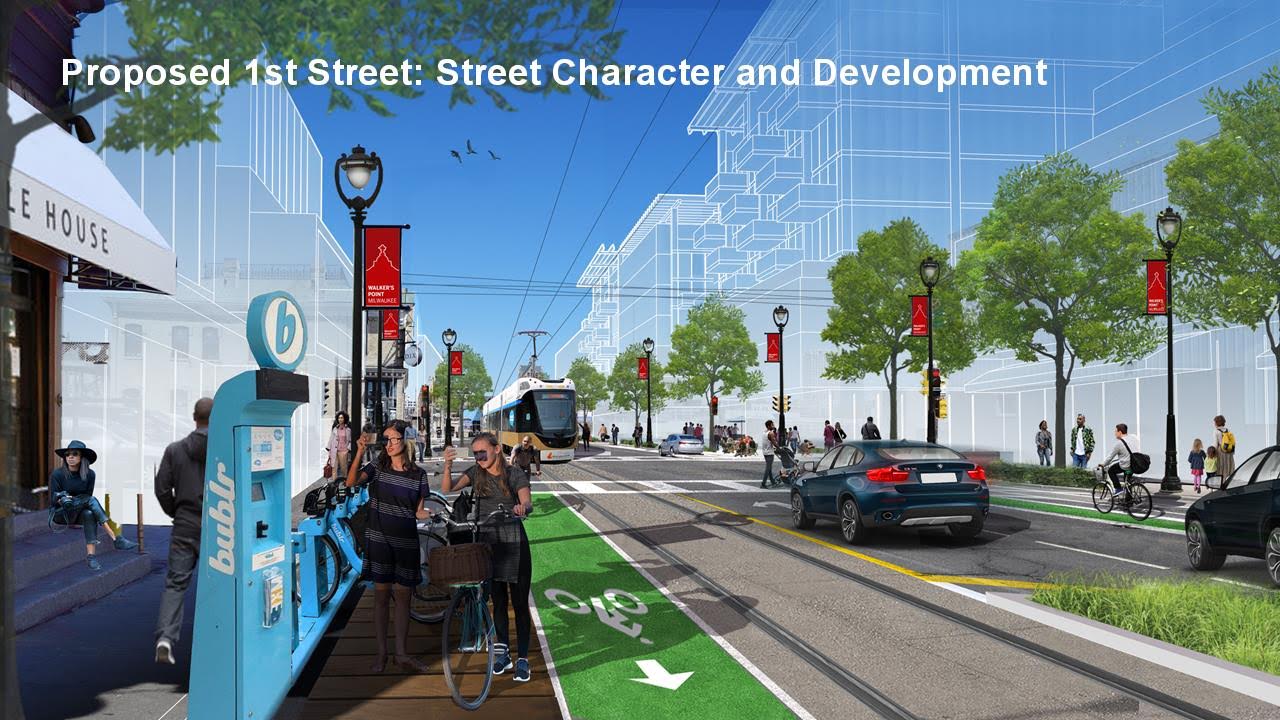 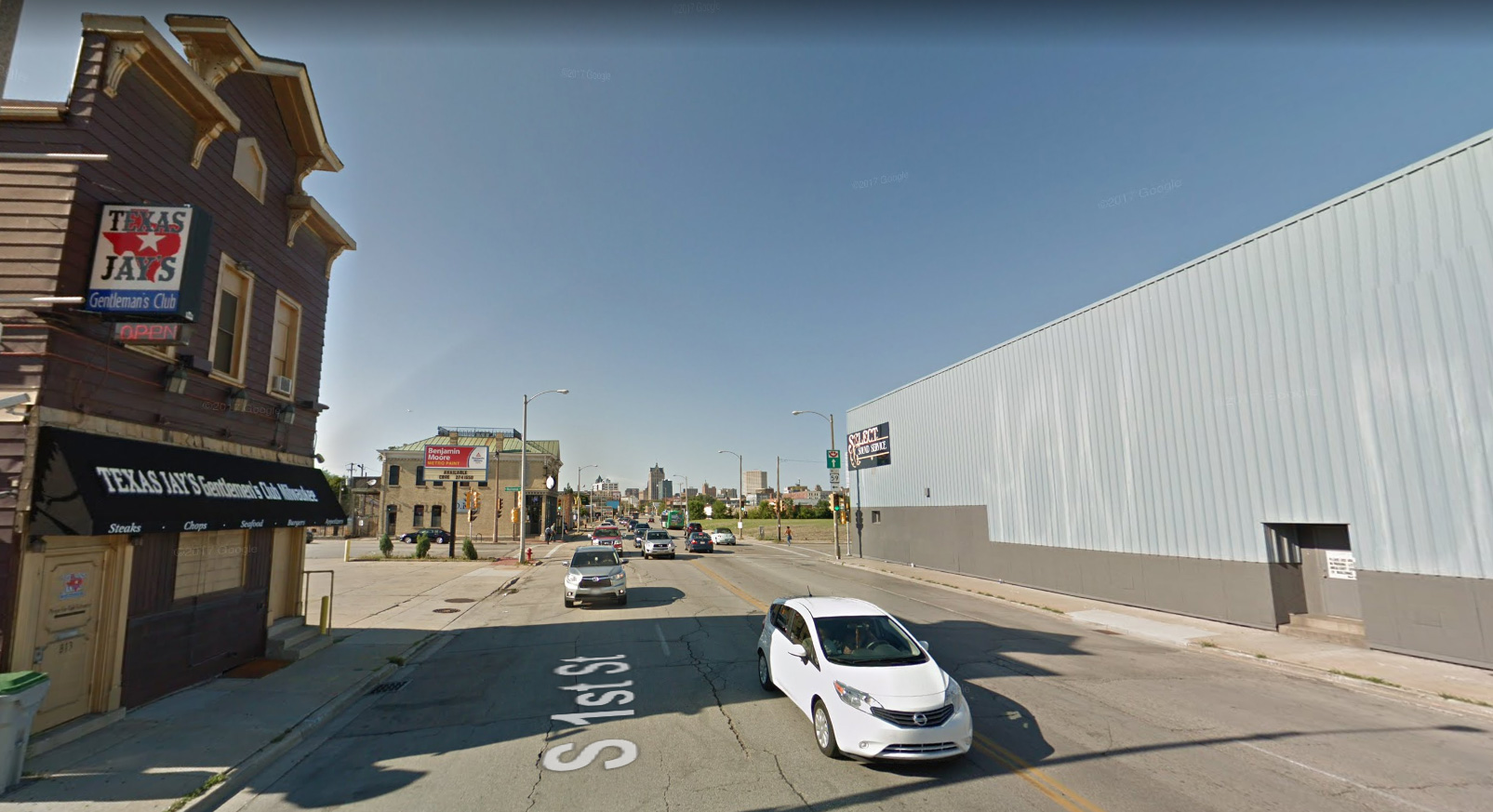 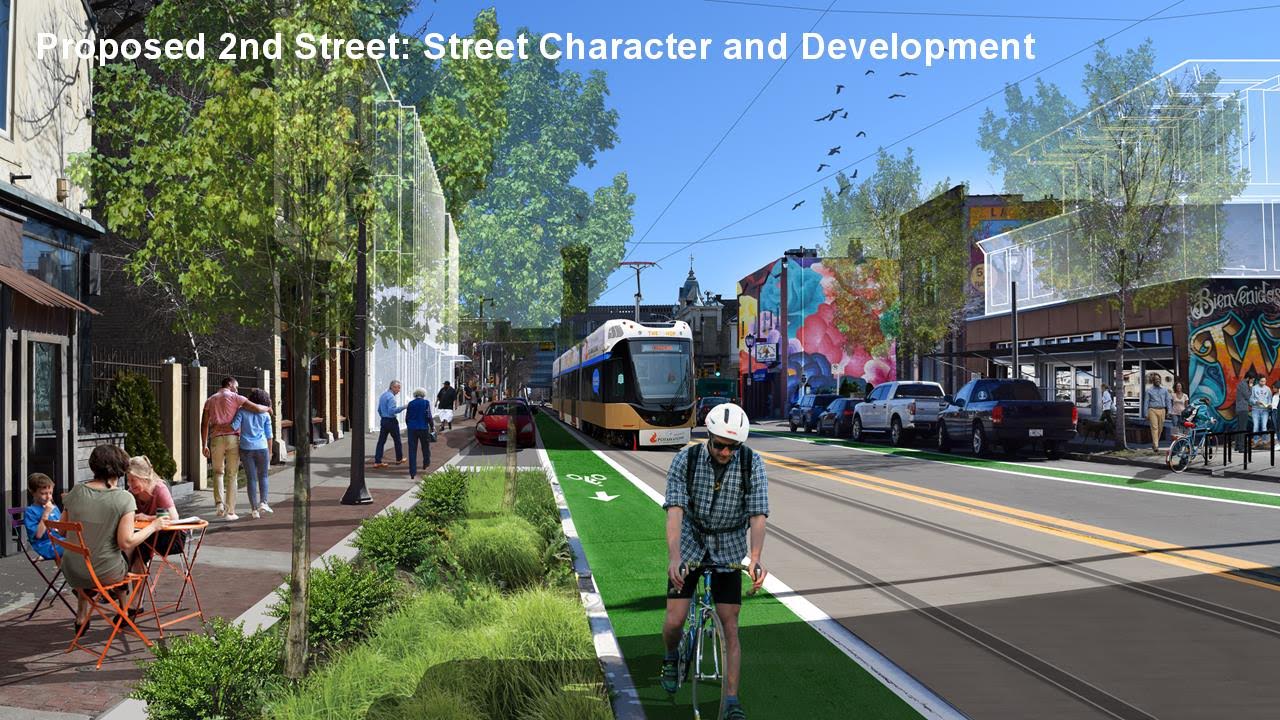 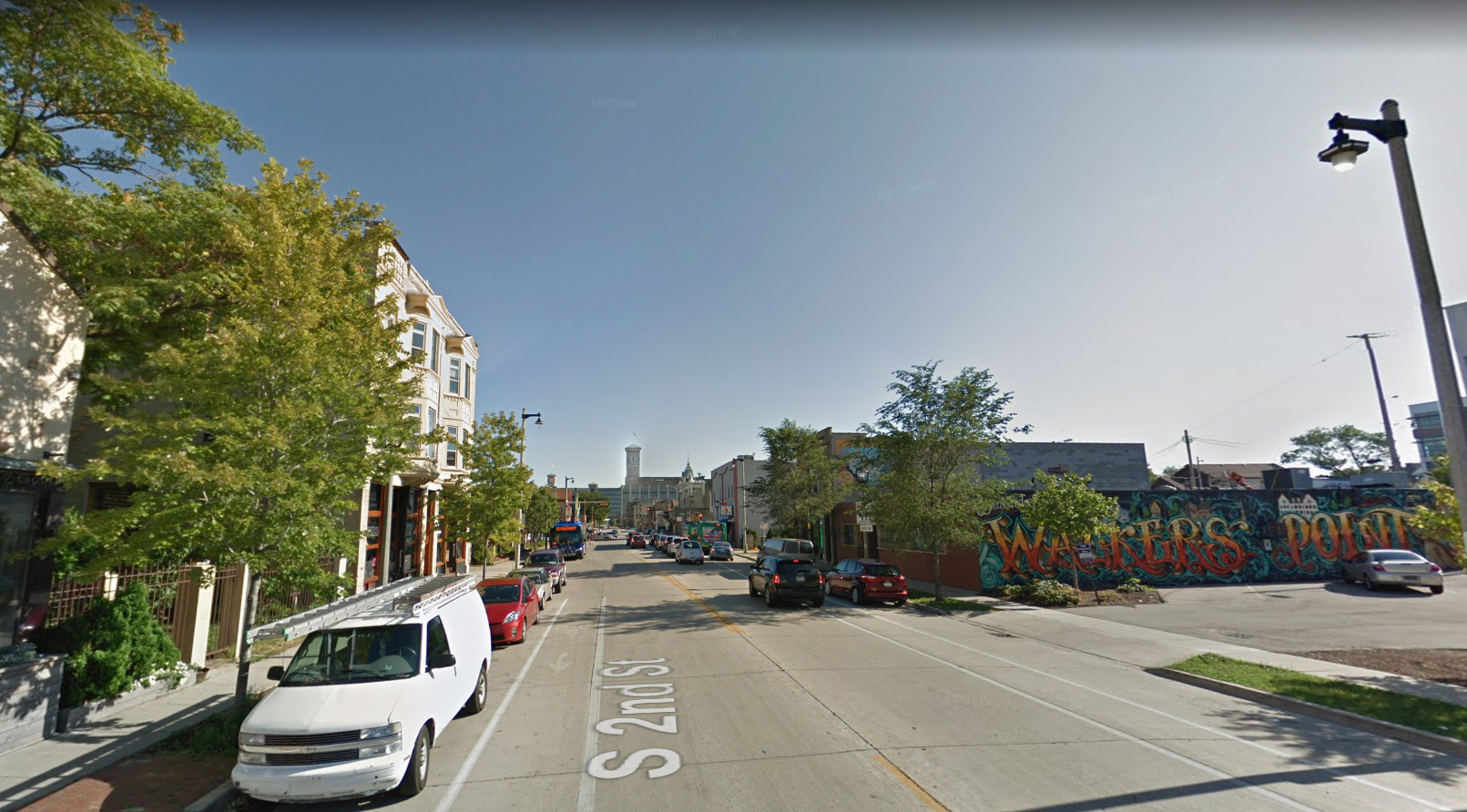 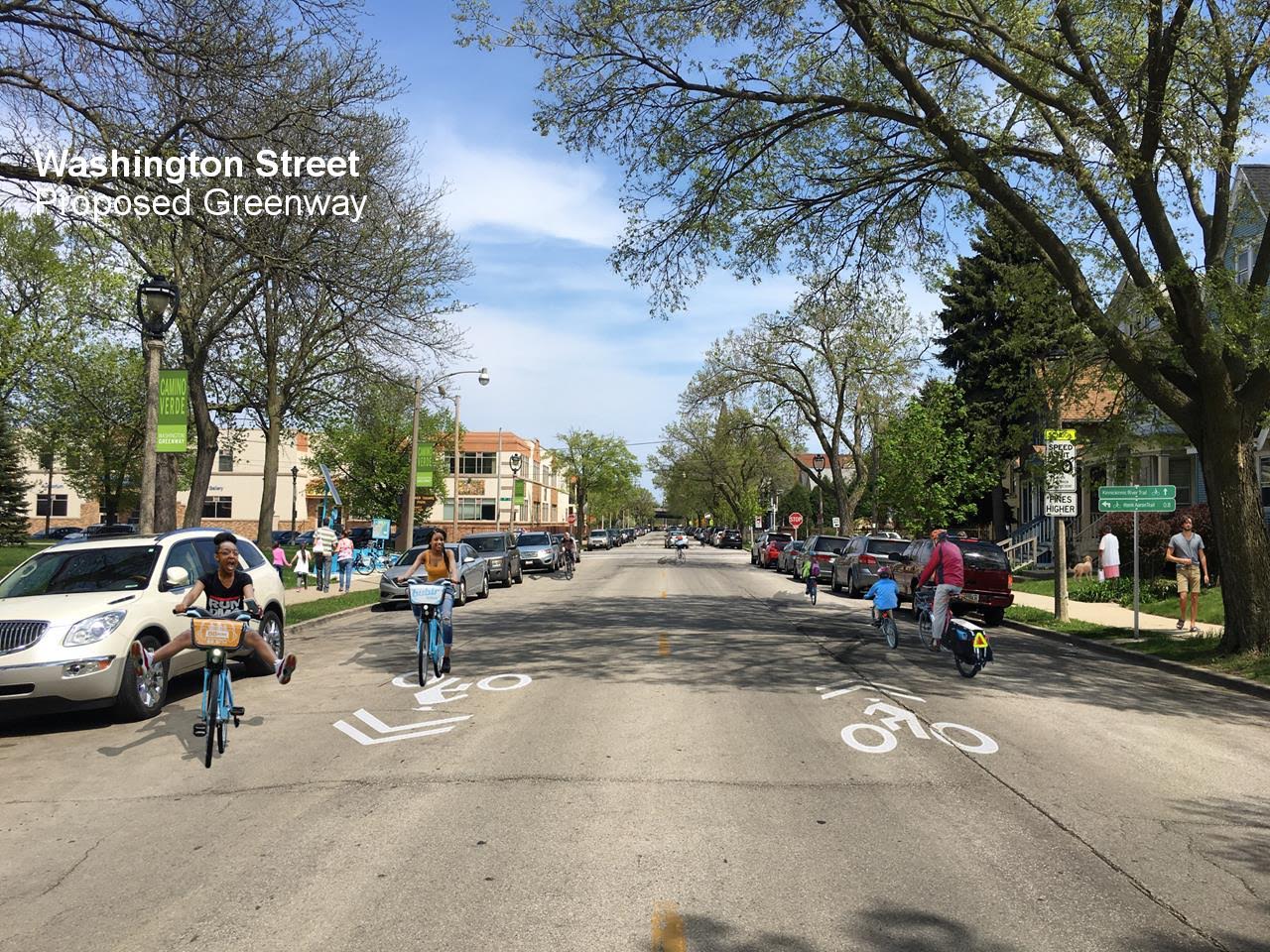 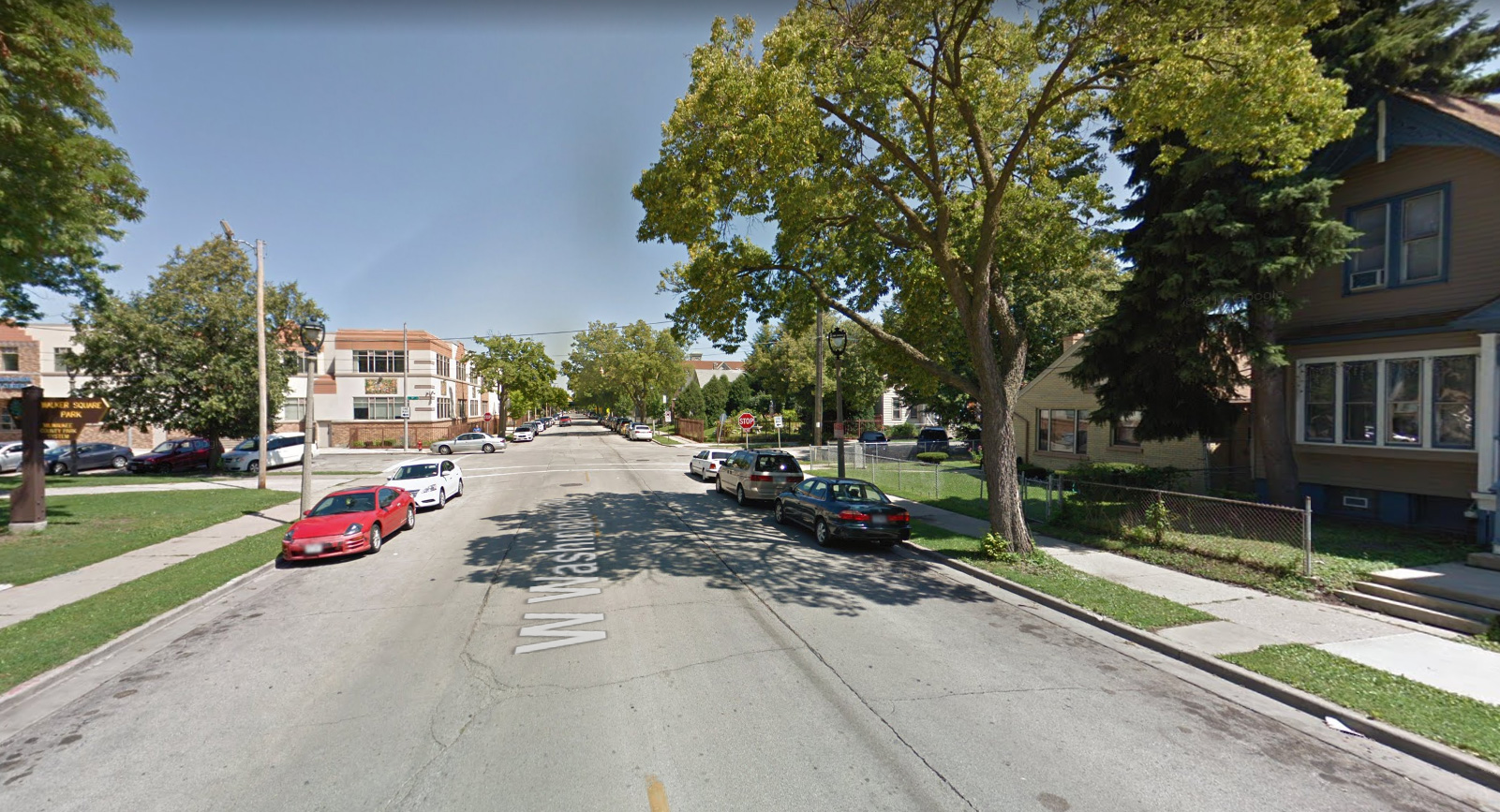 A press release announcing the events notes a light dinner will be served, and that the meetings will open with presentations followed by small group discussions.

12 thoughts on “Eyes on Milwaukee: Renderings for Streetcar Extensions”