Philadelphia transformed its culture with support from whole community and its “anchor institutions.” 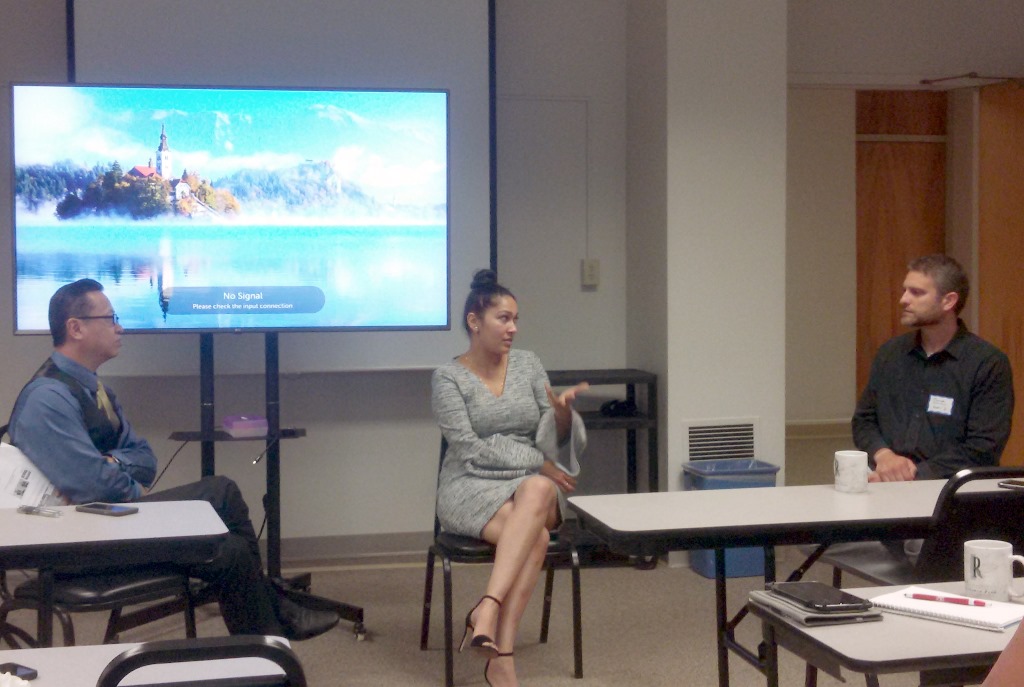 The City of Brotherly Love has a number of common traits to Milwaukee, including demographics, ideologies and, on the negative side, pockets of poverty.

Archna Sahay, who has been credited with building a robust startup culture in Philadelphia in the past decade, came to Milwaukee on Tuesday to share her insights about what it takes to build a vibrant, diverse entrepreneurial ecosystem.

“Our competitive advantage is our diversity,” Sahay said, referring the demographic makeup of cities and speaking before a crowd of several dozen attendees at the Technology Innovation Center at the Milwaukee County Research Park.

For a decade, Sahay worked in Philadelphia’s municipal government under two separate mayoral administrations. She has been credited with helping transform Philadelphia into one of the top startup cities in the U.S. — at least according to a 2017 report issued by the think tank Innovation that Matters.

“I was a startup at city hall,” Sahay said, with a laugh, as she discussed her earliest days trying to start up a new program supporting new businesses within the auspices of municipal government as the director of entrepreneurial investment.

She added, “Government’s role in this was to convene and connect.”

Sahay has since left the confines of city hall, but remains Philadelphia-based. She works with J. Nowak Strategy, a consulting company focused on economic development, inclusion strategies and civic planning.

When she began working with the city of Philadelphia in 2007, Sahay said she was given the freedom to tinker with different methods.

“I just threw a bunch of things against the wall when I started this job,” Sahay said. “There really wasn’t a lot of strategy.”

When asked what she would do differently, if she could hit the rewind button and start over, Sahay said she would have reached out to so-called anchor institutions — legacy companies and organizations with deep histories in the community.

“I would’ve pushed much harder, and I would’ve focused more resources on that,” Sahay said. “It’s about picking up the phone, and letting them know you exist.”

Throughout the talk, parallels between Philadelphia and Milwaukee were drawn. For instance, Sahay pointed to some of the initial pushback she received as she sought community support.

Sahay said the land of the Liberty Bell is generally conservative and has a longstanding love and support of the arts. But the same affinity has not always translated to the startup scene.

But Philly is changing, she said.

In addition to mining existing resources from the anchor institutions, Sahay said support in growing an entrepreneurial community can be gained by removing barriers — however invisible they might be.

From the get-go, she said one of her strategies was to bring her message far and wide, from every corner possible within Philadelphia’s city limits. This meant traveling into neighborhoods and neglected sections of the community.

“We were very intentional in making sure we weren’t just hanging out in the center of the city,” Sahay said. “We, inside the city, knew how good we were. But we had to do a lot of work in repackaging that story.”

Several organizations, including the Milwaukee Institute, played a role in bringing Sahay to Wisconsin. The Institute, a non-profit organization focused on unlocking the potential of technologies and high-growth businesses in this area, had a natural interest in Sahay’s message. Sahay also visited Madison on Monday prior to her stop in Milwaukee.