Can The Midwest Be An Innovator?

Or are places like Milwaukee too humble to succeed? Expert panel discusses region’s potential. 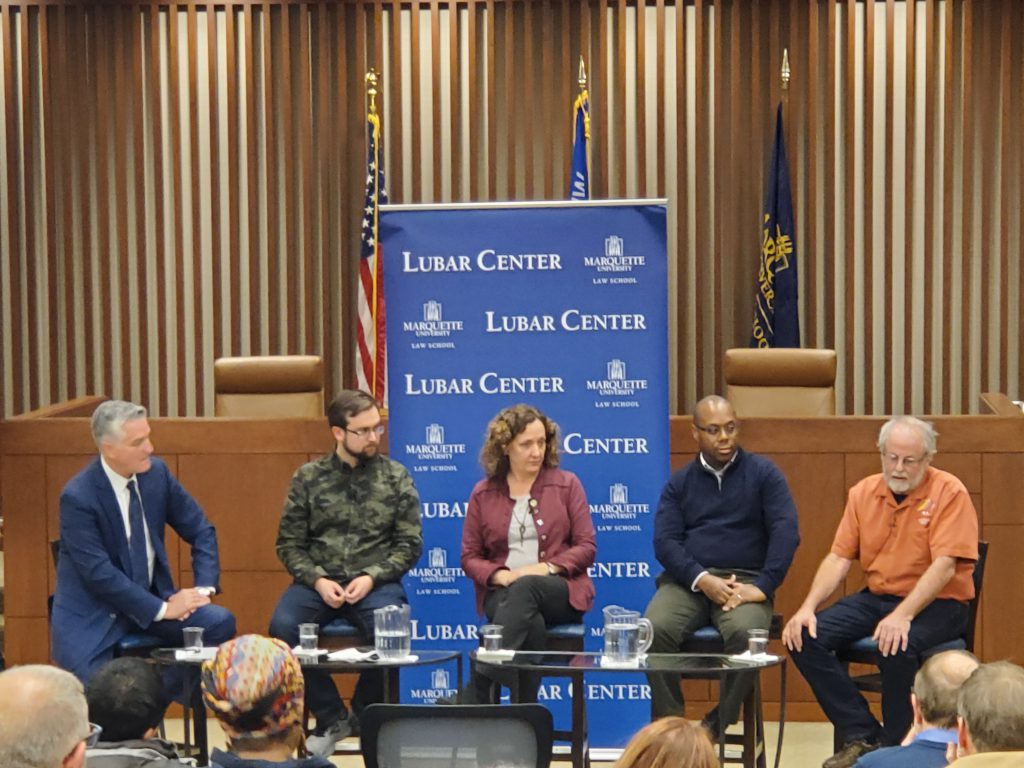 From Aaron Gillum’s vantage point, one of this region’s oft-cited attributes serves as a handicap when it comes to fostering innovation.

“One thing the Midwest has — and I’m trying to change — is people are very humble,” said Gillum, senior vice president of 50 South Capital, which manages two seed programs for startup companies in the nearby states of Illinois and Indiana.

Gillum was one of four panelists who sat down with Milwaukee journalist Mike Gousha for his “On the Issues” series at Marquette University on Tuesday and discussed what goes into creating a healthy innovation economy.

“Innovators exude confidence,” Gillum said. “We don’t do that in the Midwest. We’re humble about our successes.”

While innovation culture is often associated with the coasts — Silicon Valley, in particular — Gillum said there are a number of reasons to be optimistic about the long-term prospects of innovation in Wisconsin and the Midwest.

The San Francisco area, for example, may lay claim to being the birthplace of a number of innovative startups, but Gillum said one handicap — real estate costs — bodes well for a number of other areas, including Milwaukee, where the capital required to run operations often is less costly.

“That’s not good for returns, that’s not good for scaling companies,” Gillum said of costs in the Bay area. He pointed out an emerging trend of companies opening second offices elsewhere, beyond the California coast, once a growth trajectory takes place.

But within the walls of Milwaukee and other so-called fly-over cities, the panelists agreed innovation has germinated, particularly in more recent years as organized networking events such as this week’s Startup Milwaukee continue to take place.

Gallagher said startups should look at truly novel business concepts, not attempting to one-up established businesses, such as the next ride-sharing app.

“Let’s do something no one else did,” Gallagher said. “It’s easier to compete at high levels, rather than at low levels.”

Gillum offered similar sentiments, noting that innovators in any city have the opportunity to play a role in solving problems specific to a locality.

He pointed to Chicago, which has grappled in recent years with high rates of gun violence, as an example of a city that could benefit from innovative ideas around the issue.

“What are the problems out there that we can use tech to fix?” Gillum said.

The availability of venture capital and other funding sources has been cited as a crimp for Milwaukee and other Midwestern cities. Gousha asked the panelists if this perception was indeed true.

“I believe the issue is much more human capital than anything else,” said Johnson, who said he aspired to bring resources to all areas of the state — not just Milwaukee and Madison — through mechanisms such as Badger Funds. “We’re trying to get some diversity in the state and have venture capital all around us.”

While the Midwest could be at a disadvantage in some respects, Cordio said he believes startups with truly solid proposals stand the best chances of long-term success, regardless of where their roots are laid.

“The ones who are doing novel things are able to attract the capital,” Cordio said.

One thought on “Can The Midwest Be An Innovator?”