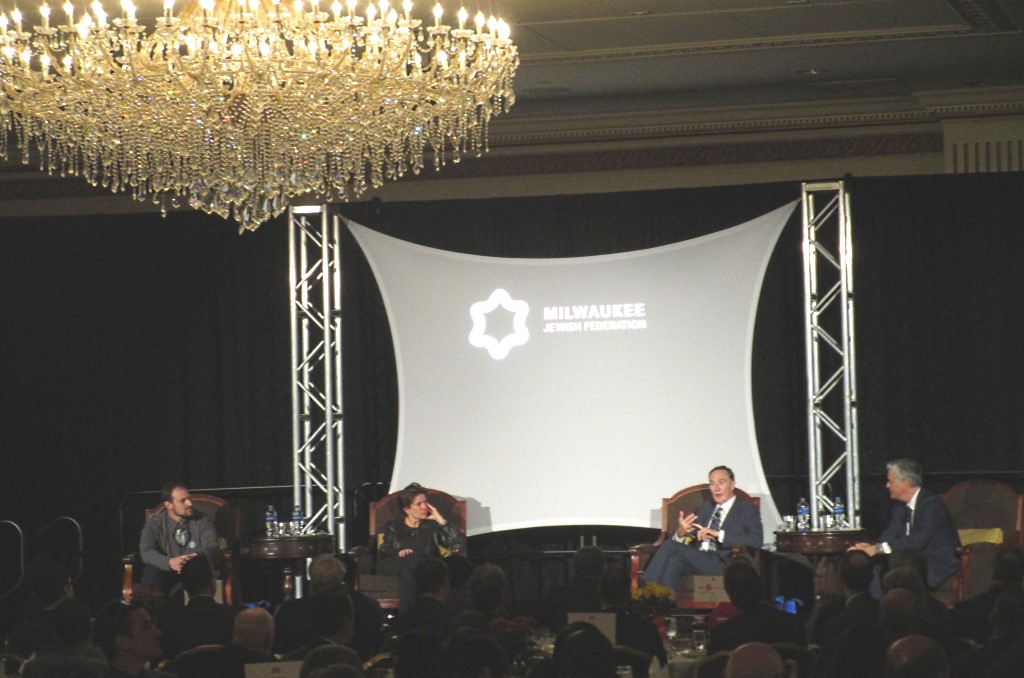 A veteran journalist who is known for writing about the goings-on in Silicon Valley paid Milwaukee a visit on Tuesday to discuss the state of innovation and digital disruption.

Throughout her career, Swisher has interviewed a number of heavy-hitters — including, on multiple occasions this year, Facebook CEO Mark Zuckerberg, whose company is undergoing growing pains and heightened scrutiny.

Using Facebook and others like it as examples, Swisher called on Milwaukeeans to take risks and embrace change — attributes not necessarily as strong here as in the San Francisco area.

Speaking to what she referred to as “the California mentality,” Swisher said early tech innovators — the Microsofts and Apples of the world — were willing to take those necessary risks and, when necessary, hit the reset button and go back to the drawing board.

“It was the pioneers that were too stupid to stop,” Swisher said of that early Silicon Valley mentality. “Close-mindedness is the death of innovation. Diversity creates change.”

The pace of change, naturally, has continued at a rapid clip since the tech industry began gaining its footing decades ago.

Facebook and other social media platforms have been more recent mile markers, but Swisher told the crowd of several hundred attendees to brace for even more accelerated changes in everyday life and business transactions in the near future.

“If you think things have changed drastically in the last 20 years — you ain’t seen nothing yet,” Swisher said.

While she spoke at length about having an open mind toward innovation, Swisher also shared her philosophy of personal responsibility, which is an issue that’s put Facebook under the microscope in the past year.

A fundamental part of entrepreneurship and innovation, Swisher said, is understanding the accompanying consequences.

“Freedom of speech does not mean freedom of consequence,” Swisher said.

Speaking to the latter, since it is within his purview, Turkal said his goal is use new and emerging innovations — including, but not limited to, Blockchain — to harness new opportunities for health and wellness initiatives, or preventative measures.

While U.S. healthcare excels at what Turkal described as “sick care,” the other end of the equation, he said, needs significant attention.

“We have miles to go,” Turkal said. “We have the means, here in Milwaukee, to disrupt it. This requires a great deal of innovation.”

Since its launch six years ago, gener8tor’s name has been attached to a number of high-growth startup projects and budding businesses across the region and has received high rankings across the country among its peers.

Kirgues used the panel discussion to touch on several points, including the Midwest mentality toward risk-taking. “There’s been anxiety about whether tomorrow will benefit today,” Kirgues said.

But that’s changing, he added.