Plus: Snifters introduces brunch and FieriCon is coming to Walker's Point. 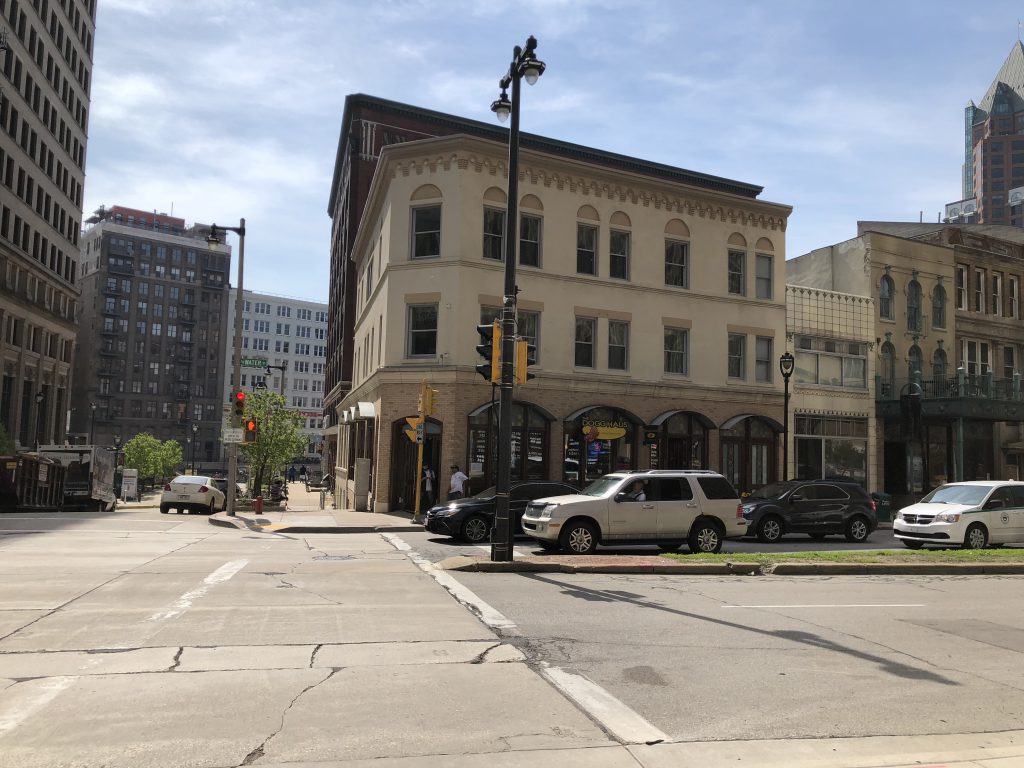 If you’re a fan of fast-served Mexican food and are tired of Taco Bell, this new downtown restaurant will appeal to you: Angry Taco is set to open later this month at 753 N. Water St., the former location of Bruegger’s Bagels.

The small Mexican restaurant plans to serve classic authentic dishes like tacos, nachos, burritos, quesadillas, etc. for sit-down dining, whilst also offering take out at the restaurant or via online ordering, making for fast yet quality dining.

Owner Robert Montemayor said that after some delays, the restaurant is on track to open in late August if everything continues to go as planned. Montemayor was inspired to open Angry Taco by his passion for food from his own Mexican heritage. Though raised in Chicago, his parents and family are Mexican natives. With that background, Montemayor plans on using authentic family recipes for the cuisine that will be offered at the new restaurant.

Maredithe Meyer from BizTimes has some information from Montemayor:

“We are looking to make great Mexican food downtown at prices that people can afford,” he said…

Its menu will feature “the basics,” he said– tacos, burritos, quesadillas, nachos– as well as weekly food specials. It will also serve Mexican soda, agua de horchata, which is a traditional rice milk drink, and margaritas.

Montemayor said he has partnered with Milwaukee-based Explorium Brew Pub, located at Southridge Mall in Greendale, to offer two types of craft beer at Angry Taco– a light beer similar to a Corona and a darker beer similar to a Modelo Negra.

Montemayor, who also currently owns Monterrey Market on the south side of Milwaukee, is hoping to bring a casual spot for authentic Mexican cuisine downtown that will last. Montemayor had also owned a small to-go restaurant in Southridge Mall, Burrito Xpress, but closed it down back in June.

Although exact hours are yet to be announced, Meyer reports that the restaurant will be open for breakfast and lunch Monday through Saturday, and will close at 6:00 p.m.

After much anticipation, the new cafe SmallPie officially opens Wednesday, August 8. The small bakery, located at 2504 E. Oklahoma Ave. in Bay View, will offer signature handheld pies as well as other small sweets, like cookies and pastries.

As for food, the signature offering is handheld pies. According to OnMilwaukee, the menu also includes cookies, bagels, breads and more. Comments on the company’s Instagram page also teased adding croissants to the roster in the future. The drink menu offers both alcoholic and non-alcoholic concoctions, such as Bloody Mary’s and a house-made Door County Cherry Limeade. SmallPie will also serve coffee from both Anodyne Coffee Roasting Co. and Pilcrow Coffee Roasters.

Although the new cafe had opened it’s doors for customers to get a sneak preview of the new restaurant last weekend, the grand opening is reserved for tomorrow, August 8. See Rick’s story for more details on the new cafe’s opening.

The unique spot for tapas and spirits, Snifters, will now have brunch every Saturday and Sunday from 9:00 a.m. to 2:00 p.m.

The restaurant, located at 606 S. 5th St., just opened last year, and offers an unusual mix of Latin American and Southern style cuisine — a “Latin and Soul cuisine fusion” as their website states. They are best known to be a relaxed spot for tapas and not to mention their specialty cocktails.

OnMilwaukee’s Lori Fredrich has more on the variety of items offered for brunch:

Empanadas are stuffed with chorizo, andouille and eggs and served with roasted arbol salsa and pico de gallo (four for $11).

Among other offerings, a chorizo omelette contains chorizo, potatoes, andouille sausage and cheese with ranchero sauce and a grilled half grapefruit on the side ($12), while the Southside tapa showcases a grilled bolillo roll topped with baked beans, sunny-side-up egg, queso fresco, ranchero sauce and crema ($9).

The restaurant also houses a patio with space for dining when the weather is favorable. It also includes other furniture for lounging, so you can relax and revel in a few drinks on a weekend afternoon.

Interval Cafe and Bar Coming Soon to East Side

The new cafe and bar will serve coffee and and food throughout most of the day, and will have cocktails later at night. The expected hours will be from 6:00 a.m. to 12:00 a.m. daily, leaving plenty of time for a split between coffee and cocktails.

The application lists the opening coming on August 1, but the cafe’s instagram (@intervalmke) account says that Interval, which has arisen “from the minds” of Pilcrow Coffee Roasters, will be opening in “Fall 2018.”…

A post from a week ago (July 19) possibly previews a new blend from Pilcrow being served. The photo shows a coffee bag labeled as an “Ardi Sidama Natural” blend. Pilcrow coffee does not currently showcase the same blend on its website.

Although a specific opening date is still unknown, Interval is looking to open later this year in association with Pilcrow Coffee Roasters.

A strange yet exciting new festivity is about to hit Milwaukee on August 25, titled FieriCon. If you can recognize the name, you may have guessed that this will be an event in celebration of renowned restaurant-hopper and Food Network star Guy Fieri. This is no joke — it’s an actual event happening in Walker’s Point.

Although the man himself will not necessarily be in attendance, FieriCon is an event to dress up as Fieri, admire him with your weirdest friends, and most importantly, go bar-hopping for the day.

On Saturday, the 25th, a bar crawl is planned to begin at Lost Valley Cider Co. (408 W. Florida St) around 2:00 p.m., then will circle through seven other bars in the area until finishing up at O’Lydias around 8:00 p.m.

This will only be the second FieriCon to happen since its creation last year, when the first bar crawl took place in New York. It all started when a Milwaukee native, Andy Holcomb, heard about last year’s event and thought Milwaukee would be the perfect place for bar-hopping and day drinking.

Tyler Maas from Milwaukee Record has more on the development of FieriCon:

“After reading about FieriCon in New York, I thought about hosting one,” Holcomb says…

Holcomb approached FieriCon founder David Gold about potentially having an installment of the goofy, gluttonous affair in his hometown. With Gold’s blessing, Holcomb set out to plan Milwaukee’s first FieriCon.

“Milwaukee as a city has a gift for day drinking, bar crawls, and anything that is a little out of the ordinary,” Holcomb says. “Also, I don’t think Chicago can handle all the flavor this event would bring.”

More details on the route of the bar crawl can be found in Maas’ article, and participants of the event will also receive a map at the start of the event Saturday afternoon. The event is free to attend and open to the public. Holcomb only asks that people drink lots of beer and tip well during the crawl. Of course, dressing up as Fieri and embracing Flavortown is also highly encouraged.

After announcing plans to close back in June, Juniper 61 finally ceased operations permanently after last Sunday, the 5th. The owners, Cameryne Roberts and Sarah Jonas, had previously released a statement to their customers detailing personal issues which led them to close the restaurant.

Carol Deptolla from the Milwaukee Journal Sentinel reports more on the closing:

“Since we have never been ‘hands-off’ owners, we just don’t feel good about continuing on, doing half the job due to the emotional and physical challenges we’ve faced recently,” Cameryne Roberts and Sarah Jonas wrote in a message to customers in early July.

Meanwhile, the Italian restaurant and pasta shop that will take Juniper’s place at 6030 W. North Ave. now has a name.

Sarah Baker, who is opening the restaurant with her husband, chef Zak Baker, said it will be called Ca’ Lucchenzo (pronounced lou-KEN-zo).

The Italian restaurant to replace Juniper 61, Ca’ Lucchenzo, will offer in-house pasta as well as fresh made pasta available to purchase and cook at home. Other traditional Italian cuisine is expected, along with a bar that will serve a variety of Italian wines and cocktails.