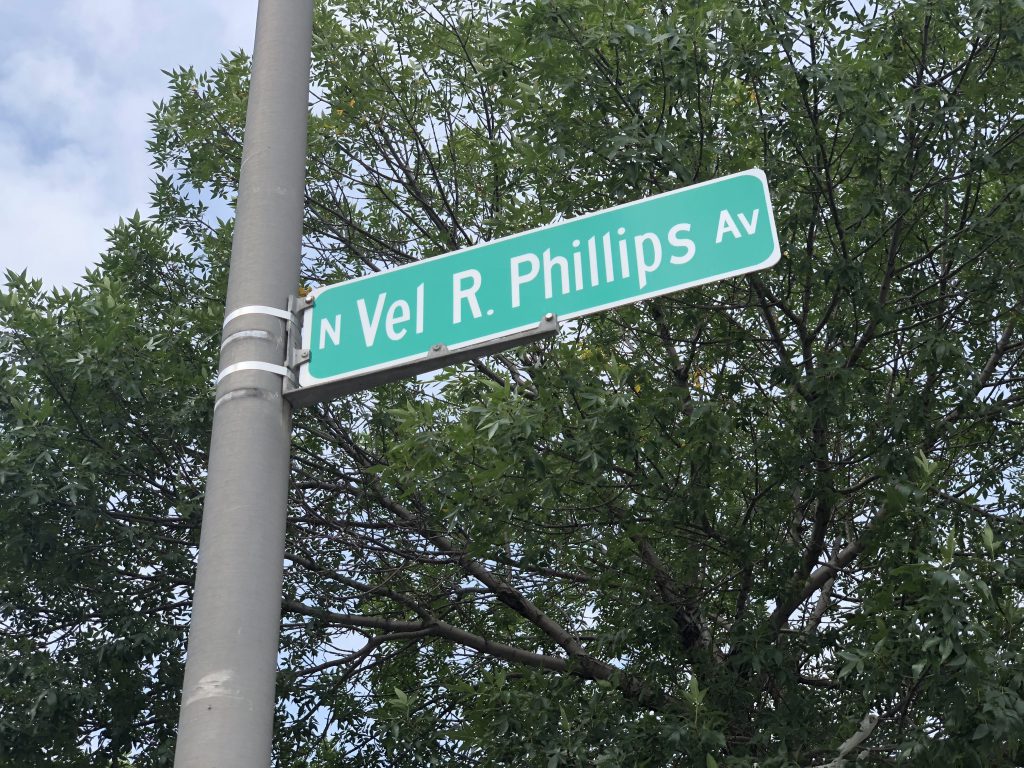 Phillips passed away in April at the age of 94. The political giant was the first woman and first African-American elected to the Milwaukee Common Council, Wisconsin’s first black judge and the only African-American to ever hold a statewide public office.

Her son, attorney Michael Phillips, spoke at the ceremony held at the intersection of N. Phillips Ave. and W. North Ave. “It’s interesting we are naming a street after my mother because she was not the best driver,” said Phillips. The rest of the ceremony, including Michael Phillips’ remaining remarks, were filled with praise for political pioneer.

Alderwoman Milele A. Coggs, who considered Vel Phillips a friend and mentor, pushed for N. 4th St. to be named after Phillips. “Naming this street is just one small piece of a thank you,” said Coggs.

N. 4th St. wasn’t chosen at random said Coggs. Phillips, who had requested a street be named in her honor, is well connected to N. 4th St. She went to elementary school at the former Garfield Street School, now an apartment building, which is located on 4th St., she attended church at St. Marks and was later married in the church when it was on N. 4th St. She also represented a portion of the street during her time on the Common Council. Phillips, who was a friend of Dr. Martin Luther King Jr., Coggs said had told her that she wanted her street to be close to his.

Phillips’ street will be longer than King’s, which becomes N. Old World Third St. when it enters Downtown. “This city did Martin Luther King an injustice by not allowing his street to go all the way through,” said Coggs.

“She had it all. She never suffered fools. You always knew what she wanted,” said Mayor Tom Barrett in a brief speech praising Phillips.

Jasmine Johnson, the first recipient of the Vel Phillips Trailblazer Award, said Phillips always pushed her to be better by asking her “Are you doing what you are supposed to do? Are you doing your part? 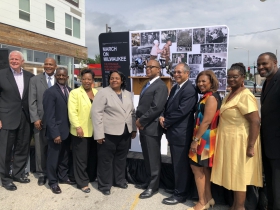 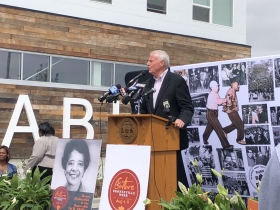 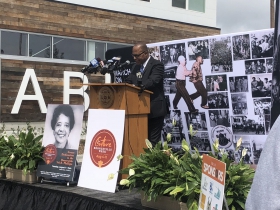 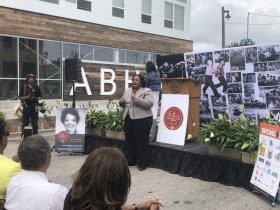 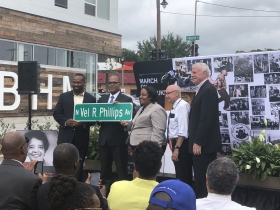 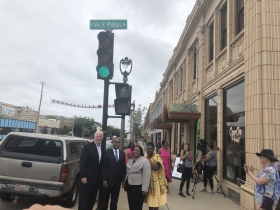 The ceremony drew a couple hundred people to the new Phillips Ave. as part of Bronzeville Week. Beyond the mayor, Congresswoman Gwen Moore headlined a list of elected officials in attendance.

As part of the Bronzeville Week programming, Milwaukee Bucks vice president Alex Lasry paid for bus tours of the renamed street for attendees.

Brad Pruitt, who serves as interim executive director of America’s Black Holocaust Museum was also spotted in the crowd. The museum is scheduled to reopen in October and will have an exhibit honoring Phillips.

An hour-long documentary, Vel Phillips Dream Big Dreams, that first aired on PBS in 2015 is available for streaming online.