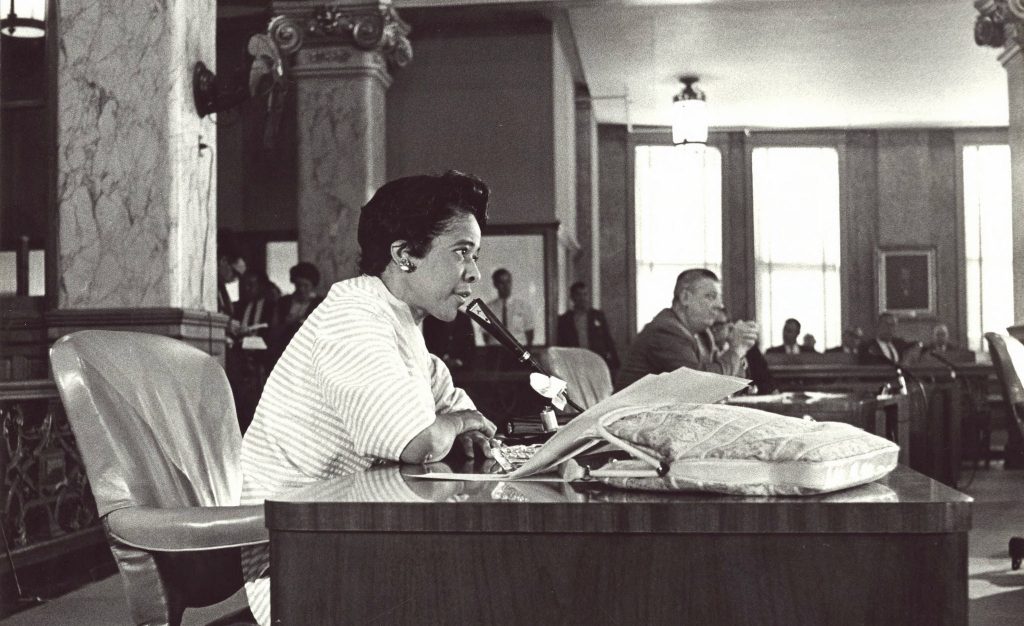 Vel Phillips‘ legacy will live on in the streets of Milwaukee. The city will rename a major street in her honor and is planning a statue.

The city, led by Alderwoman Milele A. Coggs, will rename N. 4th St. to Vel R. Phillips Ave. on the section from W. St. Paul Ave. to W. Capitol Dr. The renamed street would run from Downtown’s Westown neighborhood through Harambee and end in Williamsburg Heights.

The city also will start a fund to accept up to $100,000 in donations for the creation of a statue to honor Phillips. After Tuesday’s Common Council meeting, Coggs said a location and final cost estimate are being prepared, but there is momentum to get the funds raised.

Phillips passed away at the age of 94 on April 17th. She was a pioneer in Milwaukee and Wisconsin politics.

“You could line up 30 adults that in their lifetime were not able to accomplish what one Vel Phillips did,” Coggs told members of the Public Works Committee when she introduced the file.

N. 4th St. wasn’t chosen at random. Phillips, who had requested a street be named in her honor, is well connected to N. 4th St. She went to elementary school at the former Garfield Avenue School, now an apartment building, which is located on 4th St., she attended church at St. Marks and was later married in the church when it was on N. 4th St. and she represented the street during her time on the Common Council. Ald. Nik Kovac added that the street is well-suited for the honor because it touches so many different points of the city, including Downtown and the area Phillips represented.

The renaming will require a number of businesses and residents to update their addresses, including the new Milwaukee Bucks arena. The cost to the city is estimated at $9,700.

“There isn’t a community in the city that hasn’t been touched by her contributions,” said Common Council president Ashanti Hamilton. The alderman said he hopes anyone that is inconvenienced by the renaming is able to recognize the inconveniences that Phillips had to endure during her career.

Nearly every council member had a personal connection to Phillips.

Coggs called Phillips “a giant, a legend, a colleague, a mentor, a friend.”

Ald. Chantia Lewis‘ mother marched with her in the 1968 open housing marches.

Ald. Tony Zielinski had her as a professor at UW-Milwaukee in 1980. “Her classes were great, entertaining, you learned a lot. That’s the way a class should be run.”

Ald. Russell W. Stamper, II told the council: “Not only was Vel Phillips the greatest and influential politician Milwaukee has ever seen, she was also a loving and caring person.”