LimeBike and others could operate by late August, if full council approves measure. 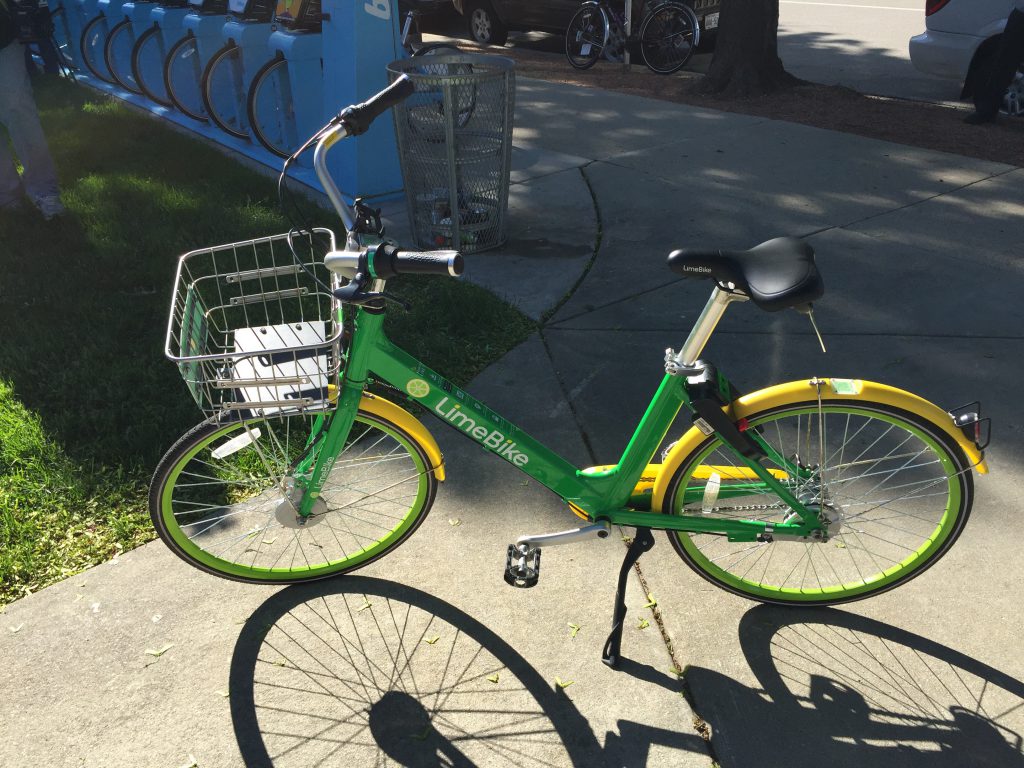 While the City of Milwaukee fights dockless scooter operator Bird in court for a violation of state law, the city is also moving to legalize dockless bicycle sharing.

The rapidly proliferating technology allows users to rent bicycles with a smartphone, picking them up and dropping them off wherever there is space available on city sidewalks.

The Common Council’s Public Works Committee unanimously approved a resolution Wednesday morning supporting the Department of Public Works‘ efforts to create a pilot program for dockless bike sharing systems to operate in the city. The effort is being led by newly-hired DPW Multi-Modal Manager Michael Amsden.

Docked bike share, which is the system style that non-profit Bublr Bikes runs, relies on riders taking bicycles from dock to dock. Meanwhile, representatives of for-profit operator LimeBike have been meeting with city officials about getting its dockless technology legalized in the city.

Amsden anticipates launching the pilot program in August. It will contain a basic framework for allowing the systems to operate in Milwaukee, while also advancing a number of equity-focused goals to encourage the systems to provide bicycles for all city residents.

The program is anticipated to allow a base fleet of 250 vehicles, including electronic-assist bicycles that give the rider a boost while they’re pedaling.

Permits for an additional 150 bicycles per operator will be issued if the operator can ensure that its bicycles are spread evenly at the start of each day throughout the city, which the Department of Public Works will measure by creating five zones.

Amsden said an increased fleet size will also be allowed if 10 percent of the fleet consists of adaptive bicycles targeted at people with physical disabilities.

Amsden, the city’s first person to serve as Multi-Modal Manager, last worked in transportation planning in Chicago and said DPW has been scouring the country for best practices in dockless bicycle regulation.

One component of the program will be a retrieval fee for bicycles that the city must move if they’re parked illegally or found inoperable. In order to help mitigate this problem, and the potential clutter from bicycles on the sidewalks, the program will offer incentives to the company to have bicycles that can be locked.

“All of this is evolving so rapidly that we do look at this as a big research question,” said Amsden.

In response to a query from Alderman Michael Murphy about companies that operate outside of the pilot program, committee chair Ald. Robert Bauman noted that a companion ordinance would allow the city to impound bicycles from non-compliant operators.

The pilot is scheduled to sunset at the end of 2019.

The full Common Council is scheduled to consider the program at its July 31st meeting.