By Chuck Quirmbach, Wisconsin Public Radio - Jul 9th, 2018 10:25 am
Get a daily rundown of the top stories on Urban Milwaukee 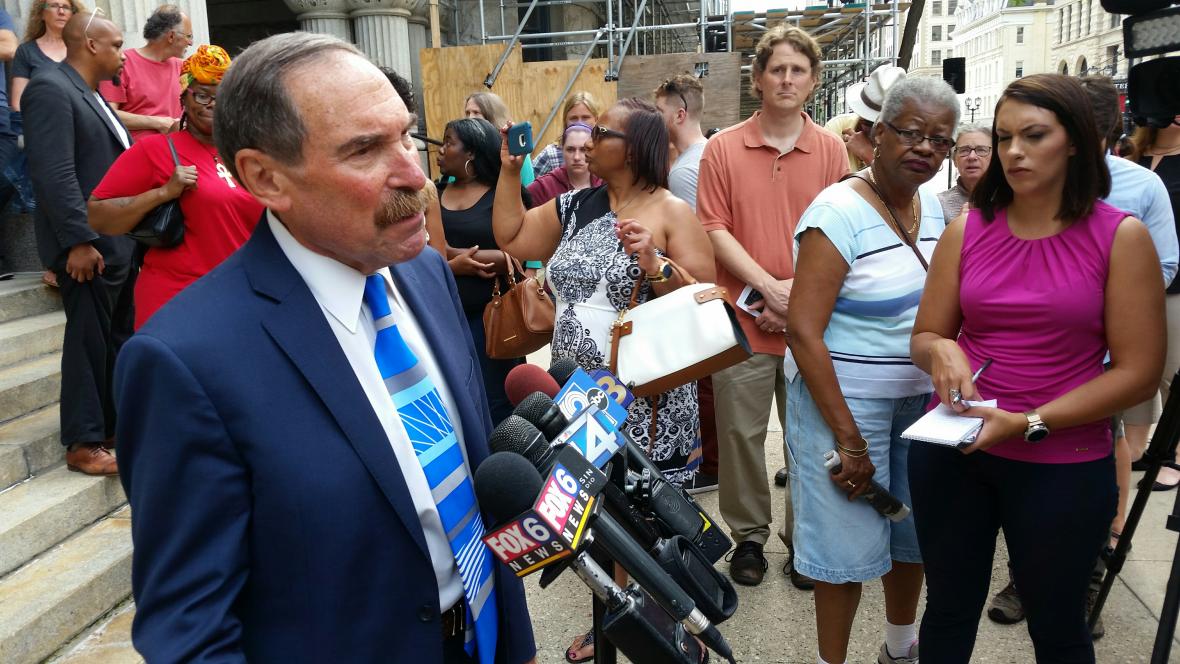 A community activist accused of attempting to firebomb a police station during riots in Milwaukee two summers ago will be released from jail ahead of his trial.

Earlier this week, the U.S. Department of Justice alleged that 31-year-old Vaun Mayes and others made Molotov cocktails and were planning to throw them at a police station in Milwaukee’s Sherman Park neighborhood in August 2016. Prosecutors say Mayes was upset with the fatal police shooting of an African-American man, Sylville Smith.

During a detention hearing Thursday, a federal prosecutor argued Mayes was a threat to the public. But Magistrate Judge William Duffin ruled Mayes could be released, with conditions. Defense attorney Robert LeBell said the court got it right.

“The government provided nothing other than bare bones allegations. So, I think the judge saw that and made a decision,” LeBell told reporters outside the federal courthouse in Milwaukee.

“I think it says that Mr. Mayes feeds the kids. He mentors kids. He helped facilitate a mural being put up in Sherman Park,” Alford said.

The Justice Department said it may ask a district court to overrule the magistrate.