The Campaign Against Plastic Straws 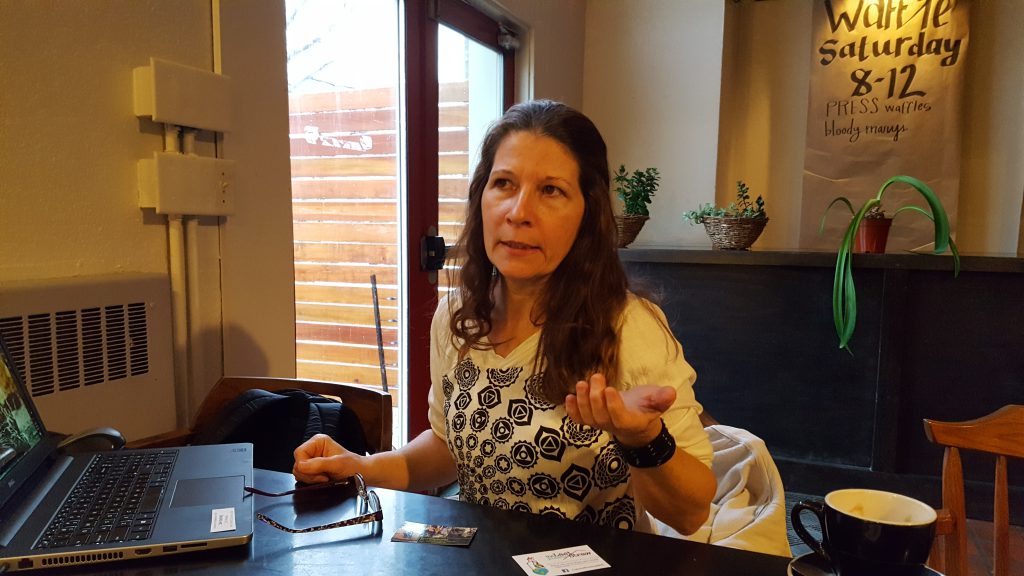 A new environmental movement is gaining traction at a growing number of Milwaukee restaurants. Inspired by the Lonely Whale’s “Strawless in Seattle” campaign (with the popular #stopsucking hashtag) and by the Plastic Pollution Coalition’s “Last Plastic Straw” campaign, a number of eateries are phasing out their use of plastic straws. Participating restaurants have pledged to give straws out only upon request, and to switch to either reusable or biodegradable straws once their original supply of plastic straws is exhausted.

According to the Plastic Pollution Coalition, 500 million straws are used and discarded every day in the United States, adding up to 175 billion straws per year. Plastic is not biodegradable, but instead photodegrades, meaning that it breaks down into increasingly miniscule pieces — microplastics — that can be ingested by wildlife and absorbed into the food chain. Some plastic can be recycled, but usually only once, and that is only a small fraction of the total plastic that is consumed. Though some communities get rid of plastic by incinerating it, this releases harmful pollutants into the air.

On the coasts, the movement to get rid of plastic straws is focused upon the damaging effects plastic can have upon ocean marine life, but there is now growing evidence that microplastics are damaging the Great Lakes, have been found in beers made with Great Lakes water, and are the most abundant in the Apostle Islands.

Local activist Marla Schmidt has found that plastic has a profound impact upon the Lake Michigan shoreline. While taking a walk along South Shore Beach between massage clients last June, Schmidt said she noticed a bit of plastic on the sand and decided to pick it up. The more she picked up, the more plastic she noticed. She began posting photos of the plastic she picked up on a Facebook page called “catchofthedaymke,” documenting the hundreds of plastic cigarette tips, straws, tooth flossers, utensils, toys, tampons, bottle caps, and other miscellaneous items she collected on her walks. Schmidt says she committed to cleaning up the beach several times a week for a couple hours at a time over the summer. “I decided that every time I went down there, I was going to take a plastic bag with me and pick up what I saw. And then that became an obsession.”

After several months of cleaning up the beach in her spare time, Schmidt felt like she was not making progress, and decided to think more systemically about the problem. “I wanted to understand, how do I get people aware of this? How do I change their habits? Because I could literally clean plastic off the beach 24/7 and it’s not solving the problem, because it keeps coming, it keeps entering the system.” After finding out about the Lonely Whale’s “Stop Sucking” campaign in Seattle, Schmidt contacted the foundation and asked them to bring it to Milwaukee. But by then the Lonely Whale was overwhelmed with more such requests than they could handle. 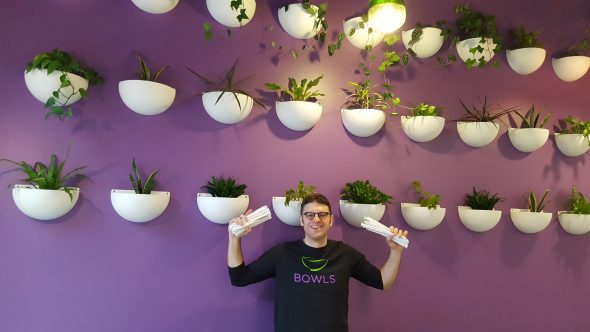 So Schmidt decided to start smaller, by convincing several of her favorite restaurants to give up using plastic straws. Of all the plastic she found on the beach, why target straws? Because she sees straws as a “poster child for our single-use convenience habit,” and says that they are not recycled because they can become jammed in the works at most recycling centers. “It’s just that in its form, it’s too much work to try to recycle it, so they just don’t,” says Schmidt.

Armed with materials from the Lonely Whale and with a video of a sea turtle with a bloody knot of plastic (including straws) stuck in its nose, Schmidt first approached Andy Larson, the co-owner of Bowls Café in Walker’s Point, to join the campaign to get rid of plastic straws. Though at first wary of the financial implications of switching to paper straws, Larson said he was on board right away from an environmental standpoint. Paper straws, he says, “are much better for the environment. They’re not going to stick around for thousands of years. They’re not going to get stuck in turtles’ nostrils.” Once he found out the price difference would be about one cent per straw (due to a special discount for restaurants) to switch to paper, Larson called the move an “absolute no-brainer.” After launching his campaign at Bowls, Larson’s business partner Nell Benton also decided to transition away from plastic straws at the other restaurant she owns, the National Café.

Schmidt also approached Jane Schilz and Lee Barczak, who own Sheridan’s cafe in Cudahy, and an upscale Mediterranean restaurant in Bay View called Mistral, as well as the Neighborhood Theater Group, which includes the Avalon, Rosebud, and Times cinemas. Schilz and Barczak have embraced the campaign at Sheridan’s and Mistral, setting explanatory paper tents on the tables at Sheridan’s to inform patrons about the Last Plastic Straw campaign, and have staff verbalize the same information at Mistral. Schilz says, “The straw thing is really easy in here. Those little straws you get in cocktails are kind of pointless and most people don’t even drink out of them. That’s an easy thing for us to just not put in there.” 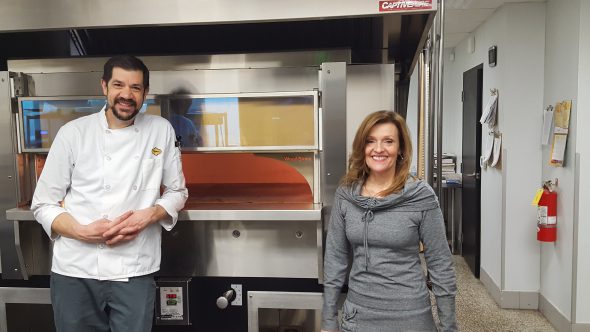 Mistral executive chef Joe Schreiter adds, “We’ll get more active as we go. We’re behind it in our personal lives. I’ve never used straws myself. I’m anti-straws.” Schilz says that reusable glass or metal straws are too difficult to clean to be assured of adequate sterilization for commercial use, but that their restaurants are testing samples of Aardvark paper straws, and are enthused about the potential to print marketing logos on the straws. As for the theaters, Schilz says they need to do more research on larger sizes and durability before committing to paper straws on that large a scale.

The final business team that Schmidt convinced to join the Last Plastic Straw Campaign was Cameryne Roberts and Sarah Jonas, who own Café Lulu in Bay View and Juniper61 in Wauwatosa. Roberts says that her team had previously batted around the idea of eliminating straws, but the idea never went anywhere. “But then Marla contacted me and had all this information that we could use to promote this, and we thought maybe now is the time because we had that support.” 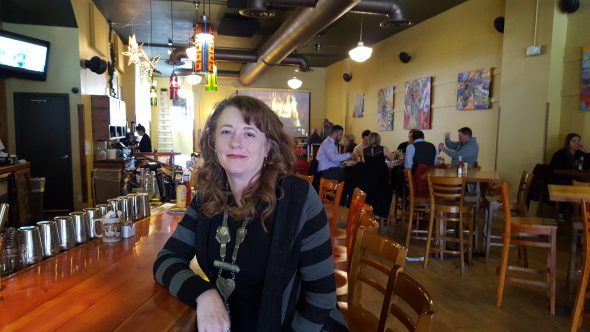 Her team is in the process of transitioning to paper straws, echoing the sentiment that reusable straws would be difficult to clean adequately. About the price difference between plastic and paper straws, Roberts says: “It’s significant. When you’re buying in bulk, you’re looking at going from about 1 cent per straw to 4 cents per straw.” But she says it may even out because some people may not care about getting a straw, so the restaurants won’t buy as many. She adds their goal at both restaurants is eventually to become completely plastic-free.

So where does the campaign go from here? Schmidt is continuing to publicize the plastics she finds on the beach through her photographs, is connecting with scientists at local universities to try to find information on the impact of plastics on wildlife in Lake Michigan, and is trying to engage national environmental groups in the campaign to get rid of plastic straws in Milwaukee. The restaurants are continuing to gauge the financial viability of eliminating plastic straws, and the reactions of their customers. So far, they report mostly positive feedback. As Larson says, “Customers should like the fact that you’re doing this because it’s good for the environment and it doesn’t really change their experience. It works better for the world, it’s better for pretty much everyone that’s involved, better for animals. And if the costs are so similar, why not do it?”

A high-profile ally in the movement has emerged in Milwaukee from an unusual place. The Milwaukee Bucks announced that plastic straws will not be available at the basketball team’s new arena.

5 thoughts on “The Campaign Against Plastic Straws”