By Danielle Kaeding, Wisconsin Public Radio - May 14th, 2018 10:56 am
Get a daily rundown of the top stories on Urban Milwaukee 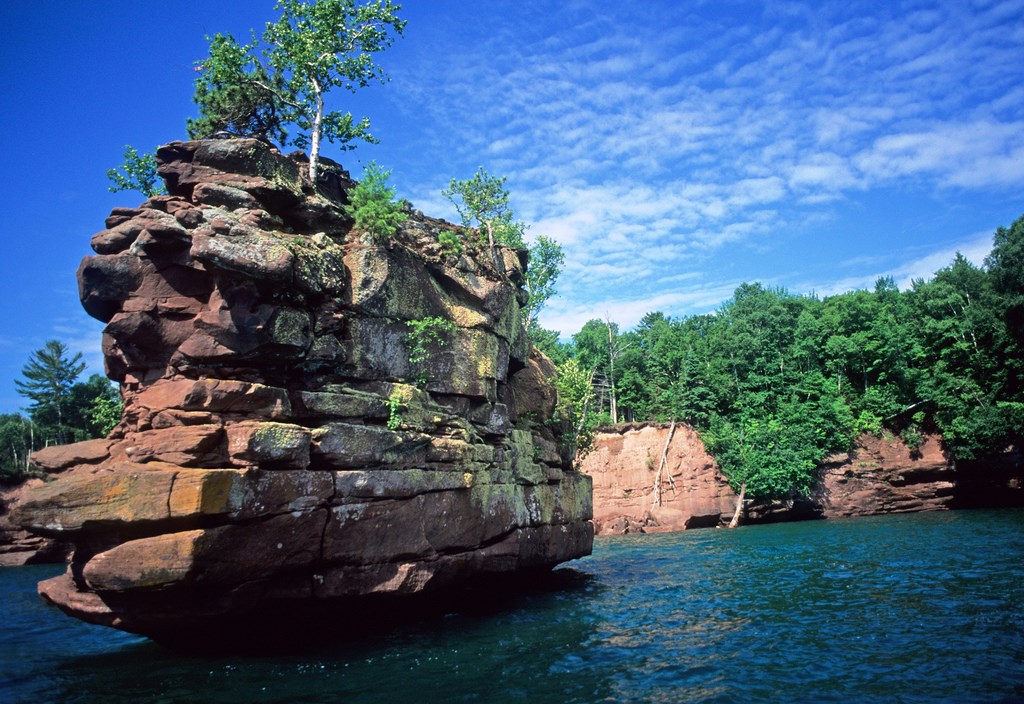 A recent study of 35 national parks found the Apostle Islands National Lakeshore had the highest concentration of microplastics.

Whitmire said the goal of the study was to identify where they were finding microplastics, and the findings weren’t what researchers expected.

“There were some areas that were a lot higher like the Apostle Islands, which actually had the highest load of microplastics of any of our sites,” said Whitmire. “The next highest sites were in the Pacific Islands in Hawaii.”

The samples collected on those islands contained an average of 170 to 225 pieces of microplastics per kilogram of sand.

Whitmire also noted she didn’t find a correlation between the number of microplastics and more densely populated areas.

“One of the reasons we try to correlate it to urban areas is because we think with higher population densities and more people, more plastic use, you’d think those numbers would be higher,” she said. “But, with this study, I didn’t find the correlation between how close these parks were to urban centers or how close they were to the nearest river.”

The findings were also surprising to park officials in the Apostle Islands National Lakeshore.

The results are prompting them to expand sampling of the tiny plastic pollutant throughout the islands this summer, said Brenda Lafrancois, regional aquatic ecologist with the National Park Service.

“Those will be places ranging from Meyers Beach all the way out to Outer Island in the Apostles, so a real range of beach sites that’ll capture currents that might deposit microplastics from many different directions in Lake Superior,” said Lafrancois.

A dozen beach sites on the Apostle Islands and western Lake Superior will be sampled for microplastics in addition to several sites on the lake, said Liz Minor at the Large Lakes Observatory with the University of Minnesota in Duluth. She’ll work with park officials to identify the chemical composition of the microplastic samples.

“Knowing what type it is can help us to predict, one, where it came from, and also where it’s likely to end up many years from now,” she said.

Microplastic fibers made up about 97 percent of the samples collected at the 35 national parks. The fibers tend to originate from sources like clothing, deteriorating nets or broken fishing lines. Whitmire said local conditions rather than a beaches’ proximity to highly populated areas seem to have a larger influence on concentrations of microplastics.

Researchers have been studying the abundance of microplastics and their potential impacts on fish, wildlife and humans. However, much is still unknown about what influence microplastics can have on the health of organisms.

One thought on “Apostle Islands Have Worst Microplastic Pollution”