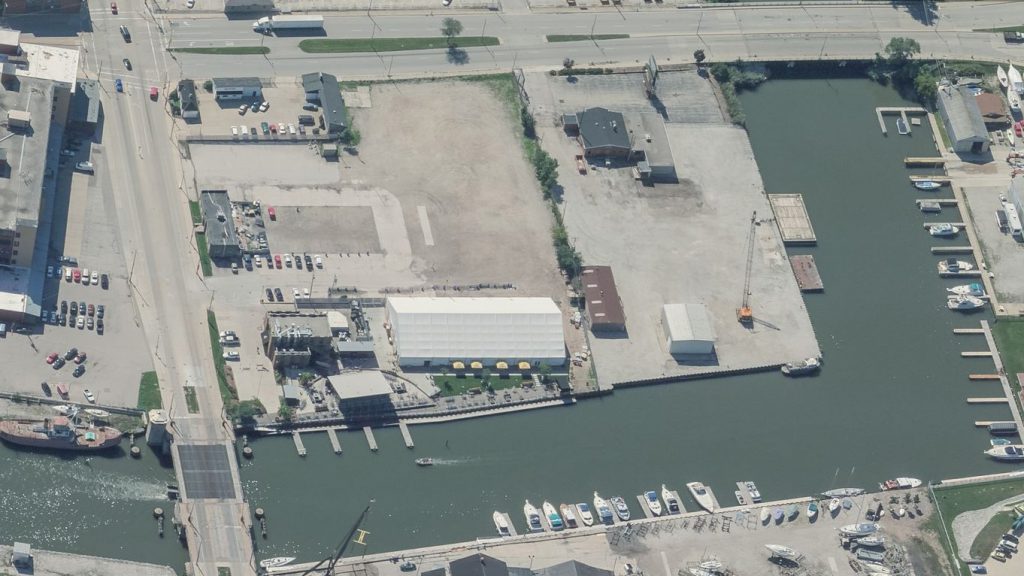 A representative of Michels Corp. confirmed that the large infrastructure contracting firm is planning a commercial development for northwestern Bay View, but declined to provide greater detail.

Andrew Schmitt of Michels Realty appeared before the City Plan Commission on Monday afternoon to secure approval for the vacation of a portion of S. 2nd St. The street, which exists only in property records, is platted to run through a portion of the riverfront site.

Schmitt told the commission: “We’re pondering some commercial development here. There are still a lot of pieces that have to fall into place before we can do that.”

When pushed for more detail by commissioner Whitney Gould, Schmitt replied: “I can’t get into too many details because there are a lot of moving pieces at this point.” He did state that a “series of users” are contemplated for the five-acre site. “We have some interesting ideas,” Schmitt concluded.

The commission unanimously endorsed vacating the platted “paper street” to clear encumbrances on the site.

The four-parcel site is bordered on the north and west by the Kinnickinnic River. City records indicate Michels-affiliate Becher Development LLC owns two of the parcels, totaling 173,086 square feet, at 2011-2029 S. 1st St. and 2067 S. 1st St. The other two parcels 218 W. Becher St. and 222 W. Becher St., totaling 93,393 square feet, are owned by 222 Becher Street LLC, which lists S. Philomena Ruppenthal of West Bend as its registered agent. Michels has previously confirmed they have control of the remaining parcels, having acquired the land-based contracting arm of the site’s longtime tenant, Edward E. Gillen Co., in 2012.

The privately-held firm is headquartered in Brownsville, WI and has approximately 6,000 employees. The company’s website boasts that the firm has over 12,000 pieces of equipment and 35 locations.

Michels is landing lots of new business in southeastern Wisconsin. It was reported yesterday that the firm was the lowest bidder for $240 million worth of road construction work near the Foxconn campus in southern Racine County.