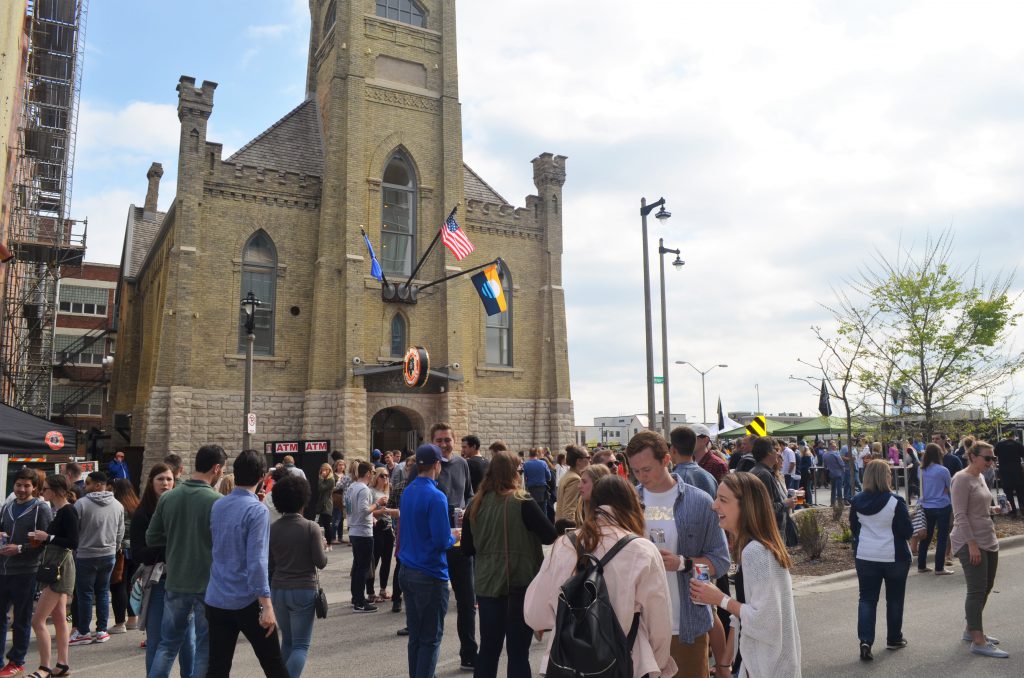 Nearly everyone had a beer in their hand and a smile on their face at the Pabst Milwaukee Brewery & Taproom One Year Anniversary Street Fest on Saturday.

The fest coincides with the one-year anniversary of Pabst’s new microbrewery and taproom at 1037 W. Juneau Ave. at the former First German Methodist Church, which was built in 1873 and bought by the now Los Angeles-based Pabst in 1895 according to Pabst’s official website. The brewery can brew up to 11 beers and 250 barrels of beer at a time and brews 4,000 barrels a year, according to our previous report. It’s the first Pabst-owned brewery in Milwaukee since the company, under different ownership, closed its entire 28-building Milwaukee brewing campus in 1996, leaving hundreds unemployed and a void at the edge of downtown. Today the former brewing complex is a thriving neighborhood known as The Brewery.

Food trucks lined the road between N. 10th St. and N. 11th St., including everything from Gouda Girls to Meat on the Street. But for this correspondent a Usinger’s sausage from the Milwaukee Brat House tent was the way to go (even if the onions were cut too thick). Heck, Usinger’s and Milwaukee go together like… Pabst and beer. Speaking of which, numerous Pabst beers were available on tap or canned if you prefer. One standout brew was their Name Day, an “Anniversary Chocolate Ale” whose scent, color brown-ale taste did make one think of chocolate.

And the event was for a good cause: 100 percent of the tips and donations at the Pabst Brewery beer tents are going to students at Woodlands School, an independent charter school authorized by UW-Milwaukee.

Live music was held nearly every hour on the hour beginning at noon, when the fest began, with rising star Nnamdi Ogbonnaya headlining the fest. Ogbonnaya is a Chicago-based artist whose “let gO Of my egO” was described by Fader as “the catchiest song of 2017 you still haven’t heard yet.” Other acts included Caroline Smith, Ric Wilson, Mary Allen and the Percolators, Zed Kenzo, and Platinum Boys. Starting at 9 p.m., guests were invited into the taproom for The Get Down Nilwaukee Funk and Soul Dance Party.

Pabst Brewing Company has been going strong since 1844 and has become North America’s largest privately held brewing company, according to a press release. It maintains the rights to over 80 beer brands and is actively brewing and marketing more than 30 of them according to their official website. Most of the brews today are contract brewed by MillerCoors according to our report. In their peak in 1978, Pabst brewed 15.6 million barrels of beer at the former brewing campus in Milwaukee.

Our photos capture the action: 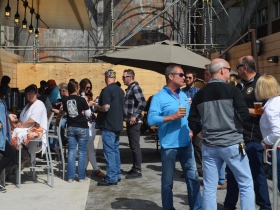 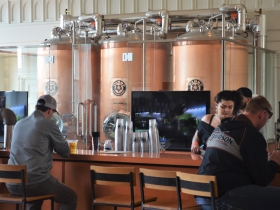 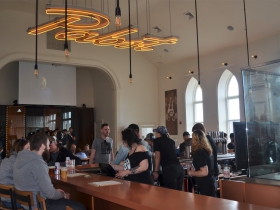 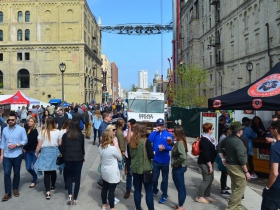 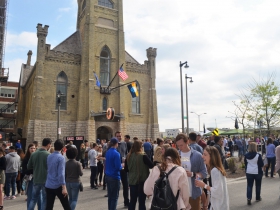 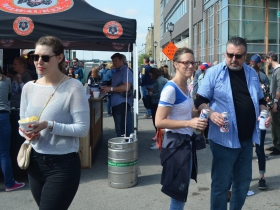