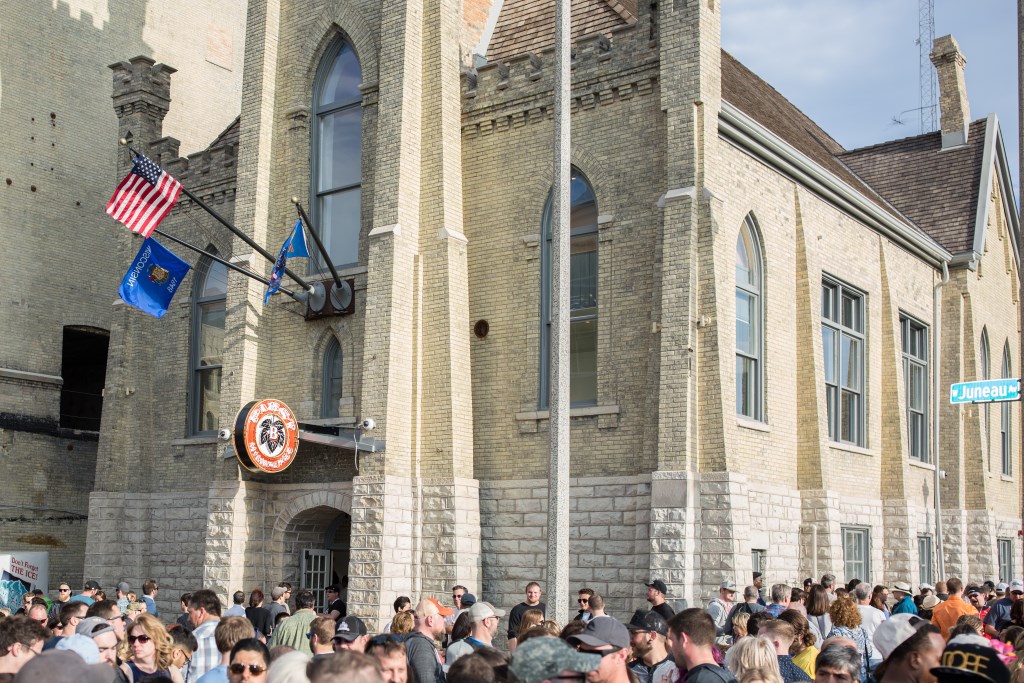 MILWAUKEE (April 25, 2018) – Pabst Milwaukee Brewery and Taproom will host a 1 year anniversary Pabst Street Festival on May 19. Last year’s inaugural event marked the grand opening of the microbrewery and taproom, bringing more than 7,000 attendees to the outdoor celebration.

This year’s event will run from noon to 7 p.m. on Juneau Avenue between between 10th and 11th streets and will feature outdoor performances from a variety of musical acts presented by Cactus Club – including Platinum Boys, Zed Kenzo, Mary Allen and The Percolators, Ric Wilson, Caroline Smith, and No Stress Collective. The headlining act will be announced soon. The festival will feature a marketplace of local artists and artisans, along with local food trucks and Pabst Milwaukee Brewery beer. Admission is free or a donation to the brewery district.

New this year, The Get Down afterparty will take place inside the Pabst Milwaukee Brewery and Taproom starting at 9 p.m. This popular Milwaukee funk and soul dance party will keep the celebration going inside the 145-year old church turned brewery space.

“Building on last year’s success, we are excited to once again kick off the summer with music, local artists and new Pabst seasonal and craft brews,” says Pabst Milwaukee Brewery and Taproom General Manager Adam Powers. “Adding the ‘Get Down’ afterparty makes this a perfect way to celebrate the start of Milwaukee festival season.”

A limited-edition craft beer, brewed on Captain Pabst’s birthday by Pabst Master Brewer Greg Deuhs and Senior Staff Brewer John Kimes, will also be released at the street festival to commemorate the 1-year anniversary of Pabst’s return to Milwaukee.

Additional event information can be found on the Pabst Milwaukee Brewery and Taproom Facebook event page. Beer patrons must be over 21 years of age.

ABOUT PABST MILWAUKEE BREWERY AND TAPROOM

Pabst Milwaukee Brewery and Taproom is located in a historic 145-year old building on the original Pabst Brewery complex – the former First German Methodist Church at 1037 W. Juneau Ave. The facility houses a 4,000 barrel per year microbrewery on its first floor, with a taproom area and performance stage on the second floor. It also has an outdoor beer garden and a mezzanine area. Pabst Milwaukee Brewery and Taproom is a strong supporter of the Milwaukee community and local civic organizations. More information can be found at www.pabstmkebrewery.com.

May 7th, 2018 by Pabst Milwaukee Brewery and Taproom