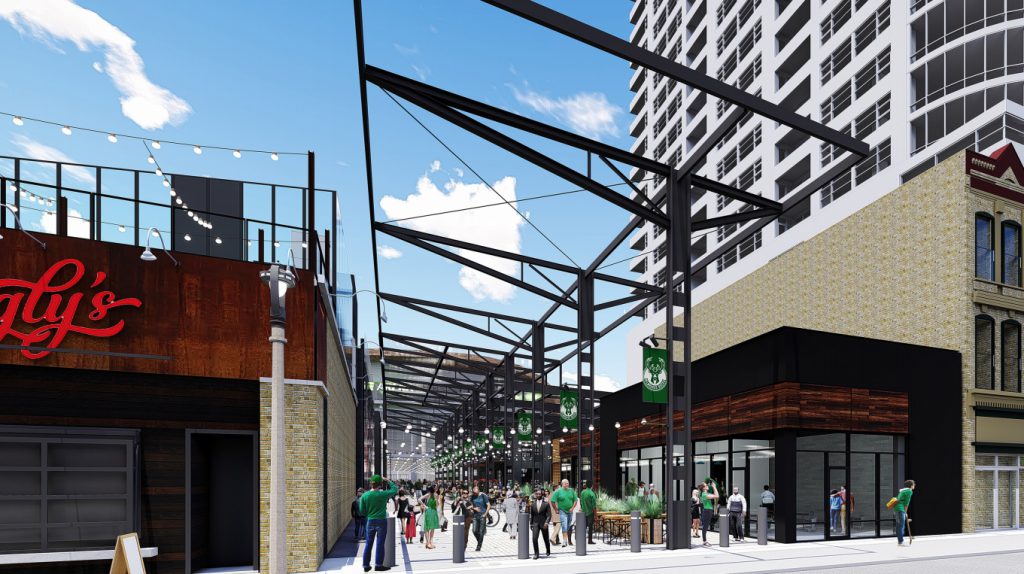 While it’s now well under construction, the Milwaukee Bucks “Live Block” entertainment district continues to live up to its name. Team representatives presented plans to the City Plan Commission Monday to replace a planned outdoor bar with a permanent building on the connecting lot that links the entertainment complex and arena with the row of bars and restaurants on N. Old World Third St.

The 2,045-square-foot, two-tenant building would be geared towards food and beverage tenants.

Rinka Chung Architecture associate principal Steve Morales presented the plans to the City Plan Commission Tuesday afternoon. “When we brought this to you previously, we always hoped that there would be a building there,” Morales told the commission. He said plans have proceeded faster than expected and the team’s real estate affiliate is now ready to commit to building a permanent structure on the north side of the lot.

The extensive lighting system and trellis structure proposed in November are still included in the new plan. As was true with the original plan for the connector, visitors to the arena from Old World Third St. will be able to walk straight west through the site to the new arena’s front door.

Morales, who said the building is known internally as Building D, said “we obviously didn’t want to ignore the fabric that we’re going into.” With that in mind, the height of the planned one-story building has been pushed upward to 22 feet to better connect with the two nearby buildings. The design of the building is similar to that of the other Live Block buildings, which we have previously called a “slam dunk.”

But who will occupy the building? “The tenants are not yet finalized,” Morales said. The Bucks have also not announced tenants for the rest of the entertainment center, although the first two buildings are now well under construction.

Regardless of who the tenants are, commissioner Patricia Najera pushed Morales to explore internal connections between the two spaces. As an example, she said the internal door between Boswell Books and Starbucks on N. Downer Ave. has successfully helped activate the two businesses.

On an earlier arena tour, Bucks president Peter Feigin said that the team’s intention for the Live Block complex as it relates to neighboring business owners is to be a rising tide that lifts all boats.

The Live Block project is being led by local real estate developer and consultant Blair Williams.

The team owns another connecting lot south of Ugly’s Pub at 1117-1123 N. Old World St. that will remain as a surface parking lot for the time being. The November zoning proposal submitted by the Bucks hints at a similar future use, stating: “In a future phase, buildings are being considered for construction on the parcels.” The Bucks acquired the lots in advance of the arena complex’s construction.

The arena, which according to team owner Wes Edens has a pending naming rights deal, is scheduled to open in late summer. The Live Block will open in 2019. 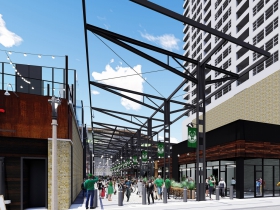 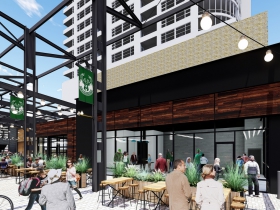 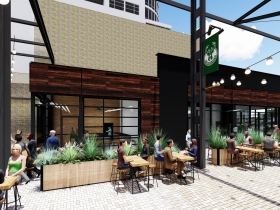