Will you take a selfie with a monumental, 50-foot-wide fiserv.forum sign? 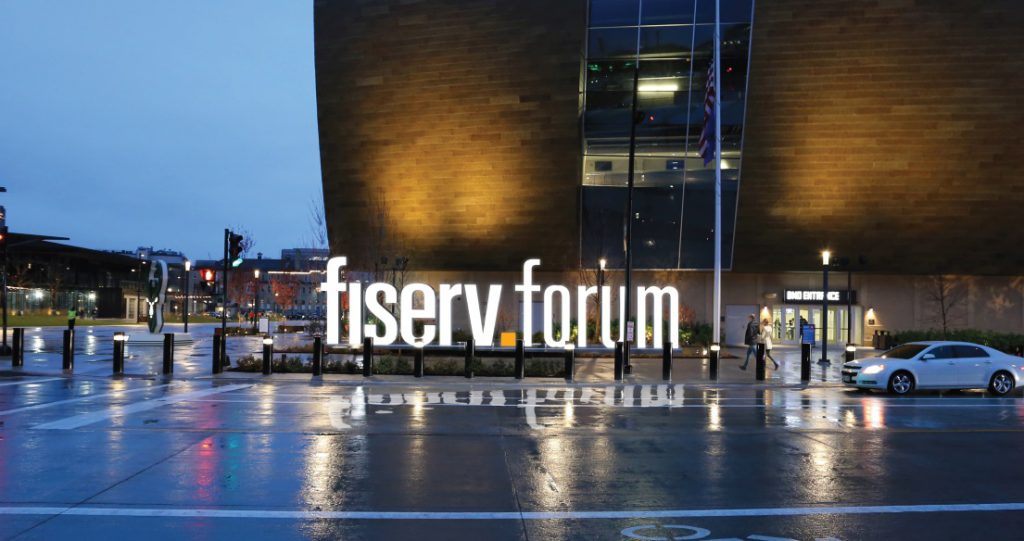 Those looking at the new arena in Westown will never have to wonder what the facility’s name is. The Milwaukee Bucks are poised to install four illuminated signs, three of which are the length and height of a semi-trailer, reading “Fiserv.Forum.”

The Milwaukee Bucks have also filed a zoning application with the city to have a 50-foot-wide, free-standing sign installed along W. Juneau Ave. near N. Vel R. Phillips Ave. and the arena’s plaza. The 13-foot-6-inch-tall sign will stand 15 feet tall after accounting for the 18-inch base it will stand on. The design document indicates the base will be made from clad stone or concrete.

The Fiserv Forum sign will join two other monument signs the Bucks have installed on the plaza. A 10-ton, 12-foot-tall, 33-foot-wide sign made of giant letters spelling out BUCKS is located at the plaza’s southern end. That sign, with six-feet-deep letters that double as chairs, allows users to climb on it to take photos.

The other monument sign, a large representation of the team’s deer-head logo, is located approximately 10 feet east of the new sign. The 12-foot-tall logo sign, which sits on a circular base, was designed by Dimensional Innovations.

Installing one of the new signs –the Fiserv.Forum sign on the ground — will require the removal of two light poles and a bench according to plan documents.

The cost of the large wall-mounted signs is estimated at $129,877 in the permit, with the smaller canopy listed at $45,000. No cost estimate was available for the monument sign. Until now, the Fiserv Forum name has been represented on the arena’s exterior with banners and digital signage.

But despite all the new signage, the biggest sign of them all still hasn’t been installed and it’s unclear if it ever will. Envisioned in the team’s design submission for the arena itself was a 200-by-250-feet logo to be placed on the arena’s roof, visible from airplanes and ideally shown as the television broadcast returns from commercial breaks. A similar sign was installed on the roof of the Toyota Center in Houston.

A representative of the Milwaukee Bucks did not respond to a request for comment by the time of publication.

After repeatedly denying it, Brookfield-based financial services technology firm Fiserv announced it would be the naming rights partner on July 26th. The company has approximately 24,000 employees across the globe, with 900 working in suburban Brookfield. The arena opened August 26th. 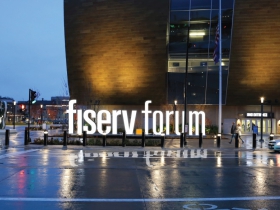 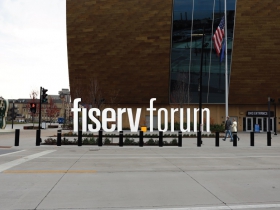 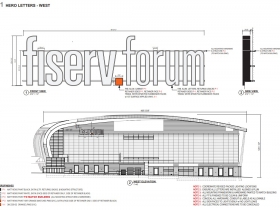 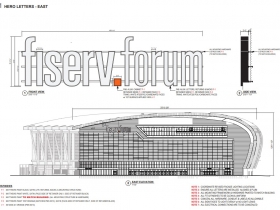 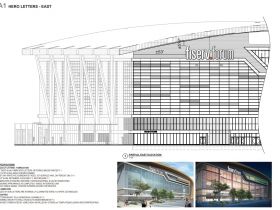 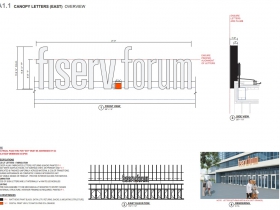