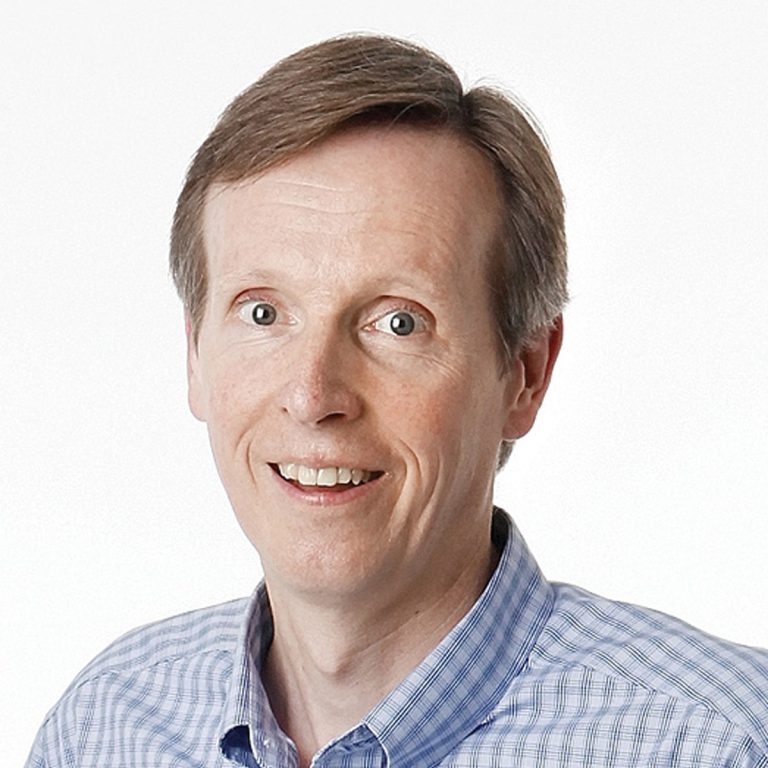 I am by nature suspicious of politicians and political cant.

When I was an undergraduate in the 1970s, studying philosophy and history at Marquette University, I wondered about flaws and contradictions in every argument, classical and contemporary, Greek or German. After a particularly intense class on Ludwig Wittgenstein’s “On Certainty,” I continued to question Dr. Michael Vater as we walked across the campus. At one point, he stopped, took a deep breath and commented on my “certain impetuosity.”

I’m afraid that impetuosity has stayed with me as I stayed on at Marquette for journalism graduate school, and went on to work many years as a journalist, inspired by the investigative probing of Woodward and Bernstein and the publication of the Pentagon Papers, and growing to distrust and expect the worse of government officials.

So how did someone like me come to support Mike McCabe? When I think of Mike, I recall a comment by 2016 Democratic presidential candidate Tim Kaine: “When you want to know something about the character of somebody in public life, look to see if they have a passion that began long before they were in office and that they have consistently held it throughout their career.”

As a kid, Mike McCabe milked cows on the family farm in Curtiss, WI, went on to study journalism at UW-Madison, worked at a newspaper, served in the Peace Corps in Mali, handled communications for the Madison school district and spent many years making campaign finance information available to the public and making the messy political process more transparent as executive director of the Wisconsin Democracy Campaign.

More recently, McCabe was behind a movement to record local television broadcasts to see whether the stations fulfilled their duty to provide the public with information they need. He recruited me to petition the FCC to decide whether the public interest content was sufficient to allow the stations to continue to use the limited public airwaves.

Mike is a visionary. He has faith that democracy can overcome corrupt influences, and his campaign is a test of his faith. And his “certainty” about the power of democracy is so contagious he has recruited a volunteer army to get his message before the voters. His passion for the past two decades has been for truth, accountability and inclusion of the disenfranchised, qualities that are prerequisites for democracy, regardless of party. In fact, McCabe’s campaign has embraced the #PrincipleOverParty mantra, along with #PeoplePowered and #CrowdFunded.

Following Tim Kaine’s formula for understanding someone’s character, it is irrefutable that Mike McCabe has over time demonstrated a passion for honest and transparent government, public service and fact-based communication.

Back in May, Mike and I began a two-month discussion about his candidacy. Mike was considering whether he should run as a Democrat, and whether his non-partisan, independent status would be hurt by associating with a party.

In recent years, the one-party Republican-run state government has ignored precepts and prerequisites of fairness and justice so old they are uttered primarily in Latin, like Nemo iudex in causa sua (no person should be the judge in his own case). Ethics laws have been kicked in the teeth. Out-of-state money influences politicians to work against our own neighbors when profit can be made. Our lake water has been sold to Foxconn, the Taiwanese company we are paying to relocate here.

I found myself walking and talking with Mike at his “March for Truth” in Wauwatosa last June 3. McCabe repeated his mantra that current campaign finance laws are “legal bribery,” and official state records show there is a lot of tempting money to be had from groups trying to influence policy.

Since September 2016, Gov. Walker received $106,000 from just four Washington D.C. political action committees, according to the Wisconsin Ethics Commission. Walker’s top 25 contributors anted up $586,000, an average of $23,400 each, including $25,000 from Anthem Insurance PAC, in Indiana, and $25,000 from Charter Communications Political Action Committee, in Connecticut.

Thirty-three of the contributors giving Walker between $5,000 and $20,000 are from Illinois, which will benefit from this state’s multibillion-dollar capitulation to Foxconn in exchange for the promise of jobs.

About one in three of the 436 donors who gave Walker $5,000 or more were from other states.

Rather than change the culture in which these abuses occur, the Republican legislature and the politicized Wisconsin Supreme Court have removed ethical requirements and advanced conservative, business-oriented policies that diminish the quality of life for the rest of us. McCabe founded Blue Jean Nation, which proposes giving common people the power the be masters of their own circumstances, and sees a place of refuge for the “politically homeless.” His book, Blue Jeans in High Places, is available for free online.

McCabe doesn’t just want to put different plugs in the state outlet; he wants to rewire the house. Among his priorities, McCabe calls for:

There are many public figures from Wisconsin who have left legacies we turn to for inspiration: Bill Proxmire, Gaylord Nelson and Robert M. “Fighting Bob” La Follette. Mike McCabe’s vision could place him on that level. That is why McCabe has adopted the slogan “Principle over Party.”

I was standing with six McCabe supporters holding campaign signs at UW-Milwaukee in advance of a Democratic candidate event two weeks ago. It turned out that four of us were philosophy majors, and we started into questioning everything. Last week, I attended McCabe’s People Powered Summit in Waupun, and George Wagner, a campaign volunteer from the East Side, asked me for a lift back to town. George is a retired librarian from Milwaukee and as we talked it turned out he also had a bachelor’s degree in philosophy and a master’s degree in history.

It looks like we thinkers have found a political home.

5 thoughts on “Op Ed: The Unique Candidacy of Mike McCabe”