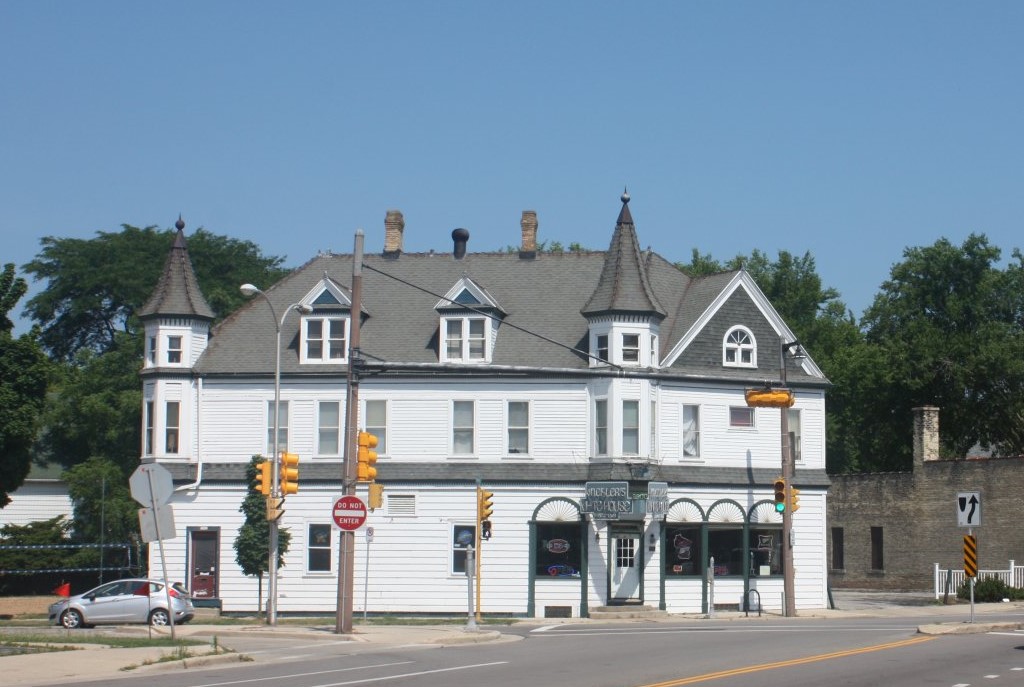 It began with an unshoveled sidewalk in January. The new owners of the White House tavern building at 2900 S. Kinnickinnic Ave., vacant since December, had failed to perform this most elemental wintertime activity and were sent a $50 snow shoveling fee by the city on January 25th.

Matters escalated when it became evident that renovations were apparently underway in the 1890 building that sits on a prominent spot on the south side thoroughfare. On February 27th, the Department of Neighborhood Services issued a violation report captioned, “Work Being Done Without Permit.” This is a more serious situation than an unshoveled walk. The department categorized the infraction as a “High Priority” event, and filed it under “Aldermanic Complaint.”

The complaining alderman is T. Anthony “Tony” Zielinski, who represents the 14th District, which includes the old Bay View landmark.

Matters escalated further when Zielinski found that changes were planned to the building, including a deck. Aldermen usually like to hear of such proposals firsthand from the owners, and not secondhand from a real estate advertisement soliciting operators for the 1,833-square-foot commercial space, as was the case in this instance.

The next day, Wednesday, February 28th, Zielinski filed paperwork with the City of Milwaukee Historic Preservation Commission seeking a 180-day temporary historic designation for the property. This move would lead to a moratorium on exterior work on the property, and give the commission time to issue a study report that could lead to permanent designation. If the permanent designation is granted, any exterior changes would be subject to commission review.

Although city records continue to list Bugsme, LLC. as the property owner (and as the recipient of the $50 bill and the violation report) the building is now owned by HCI Properties, a Franklin-based operator of apartment buildings in Racine, Sheboygan and Fond du Lac. The firm bought the building for $400,000 in December. It is assessed at $441,000.

I reviewed the tavern in a Bar Exam entitled “White House Tavern: City’s Most Historic?” in June 2015. The landmark tavern was originally built as a tied house for Schlitz Brewery in 1890, and had been in the Kneisler family for 115 years until it was sold to Sean Raffaelli of Bugsme LLC in 2005.

I noted some exterior modifications over the years, including a “shedlike” addition that housed the bathrooms, and that the upper tier of windows on the place had been boarded over. But in many respects, it remains a striking building, ideally suited for its purpose on a 16,800-square-foot lot. Plans for the tavern include new restrooms (not a minute too soon) and a kitchen for its proposed restaurant use.

This has been a rough time for Milwaukee’s old-style, working-class taverns, and many have closed, or repurposed themselves, often in an upscale nature, which would seem to be the plan here. The property is within the Kinnickinnic Avenue Business Improvement District #44.

Zielinski has long been a champion of the district, using it as a campaign issue when first elected in 2004. The district was established in 2009. According to an article in the Bay View Compass by Katherine Keller, there is a move afoot to disband the district, which runs some 2.3 miles from E. Bay St. on the north to E. Morgan Ave. on the south. That is a considerable distance, and there is a disparity between the largely commercial north end of the street and its more residential south end, where the White House location is a sort of a business nodule in an area with a large number of single-family and duplex homes.

There has long been a schism between the north and south sides of the district, with the southerners complaining that the northerners get all of the hanging baskets, streetscape and garbage cans, while they get little. On the positive side, the egregious Art Stop bus shelter is located on the north end, well out of sight of the White House.

The BID has a small budget despite its $73 million valuation, has no staff, and has had difficulty attracting board members. It is much less cohesive than the Brady Street BID, which is in a much more homogeneous neighborhood, and is far more compact. (You’ll find more information on the group at its Facebook page.)

Representatives of HCI did not responded to a request for comment but Ald. Zielinski offered this take on the situation:

“Bay View is experiencing unprecedented growth, but we still preserve our history. It is that healthy mix of the new and old that contributes to Bay View’s special charm.” HCI, take that as a diplomatic warning.”