Guanajuato a Top Choice For Mexican

And where else can you get chocolate cake flan? 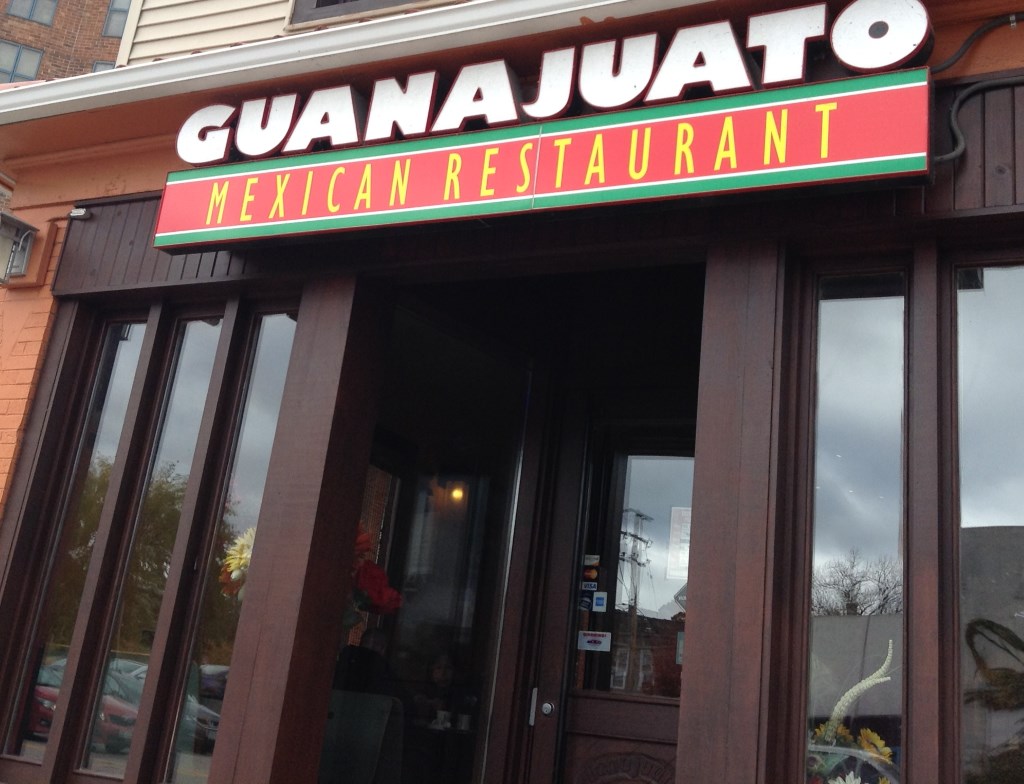 When the chef at one of Milwaukee’s best restaurants tells you privately that Guanajuato is, in his opinion, the best all-around Mexican restaurant in Milwaukee, you pay attention.

In this cozy Bay View restaurant, we were instantly smitten when our server brought a dish of chunky salsa to our table as soon as we sat down. This was not pico de gallo, but just as fresh, and with chunks of diced tomato and jalapeno in a red sauce.

Because it was new to me, I was curious, so I ordered shredded chicken in a dish called Huaraches. This oblong-shaped fried masa gets its name from a resemblance to a type of Mexican sandal. My huarache, apparently modeled after a very large shoe, covered the plate. Starting with the masa, a thick corn pancake, the chef layered refried beans, lots of juicy shredded chicken, all white meat, lettuce, diced tomato, and to pretty it up, sliced avocado. This is strongly recommended if you like lots of juicy chicken. A squeeze of lime and a dash of fiery hot sauce added additional pizzazz.

My companion said his Enchiladas Suizas needed the shredded lettuce to cool down the heat in his ground beef stuffed tortillas. That did not stop him from polishing off three tortillas topped with green sauce, shredded melted cheese that wandered on to the refried beans, and a drizzle of sour cream. Add rice, a sliced tomato and more sour cream in a cup and you have a meal for a hearty eater.

Our other entrée, Carne Asada, overflowed the plate. The star of the dish, thin-sliced skirt steak, had a slight hint of char from the grill. It was buttery, rich, juicy, and tender. To get skirt steak to this level of tender, the chef scores the meat, making a diamond pattern that must be deep enough to tenderize without cutting all the way through and thus dicing it instead. As a result, you can almost cut the meat with a fork. The plate, a potpourri of flavors, also held rice, beans with a drizzle of crema, fresh pico de gallo with lots of diced jalapeno to wake up the palate, sweet sautéed onions, a whole grilled jalapeno, and hidden underneath a slice of tomato, a scoop of guacamole. Whew! That’s a lot to admire on one plate while enjoying each bite that picks up the authentic flavors of Mexico.

For a drink, we ordered Horchata, the ideal non-alcoholic beverage to accompany lunch. This popular drink, made with rice mixed with water, was turned into slurry in a blender, then strained, giving the final rice water a thin milky consistency. To this bland mix, they added sugar and served it over ice. It’s good as is, but the addition of cinnamon, which we requested, turned it into a dessert-like drink, one that could easily become addictive.

Since we came on a Saturday, we missed the Lunch Specials served from 10:00-2:00 Monday-Friday. For a $6.75, you can order two enchiladas, two quesadillas, or two tacos accompanied by rice and beans. When I saw those prices on the menu, they sounded like a bargain too good to pass up, so I returned the following week. This time I tried Flautas stuffed with shredded beef along with the rice and beans. Yum. I’m convinced that no matter what you order from the specials, or anything else on the lengthy menu, you can expect something delicious.

If you want something less Tex-Mex, more authentic Mexican, you can nosh on one of the four meat dishes on the weekday special for $7.75: Carne Asada, chopped meat; Carne al Pastor, seasoned pork; Carne Desebrada, shredded beef; and Carne de Pollo, shredded chicken.

The menu here is so extensive you could come weekly for a year and still not sample everything. You can come for breakfast and order Chilaquiles, sliced corn tortillas with red or green sauce, cheese, and eggs, or for a quick snack, try one enchilada from the A La Carte menu.

Normally they offer house-made flan for dessert along with cheesecake, but on this Saturday, they had a Dessert Special, not chocolate flan, which would have been unusual, but Chocolate Cake Flan. If you are looking for a dessert that reinvents a classic, this fits the bill. To combine the cake and the flan, an odd couple, the chef put a dense rich chocolate cake on top of a layer of vanilla flan. This dessert was like eating chocolate cake and vanilla ice cream in the same bite. Lovely. If you happen to land at Guanajuato on a day when it’s on the chalkboard, order it. You will be surprised and delighted. 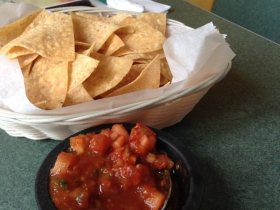 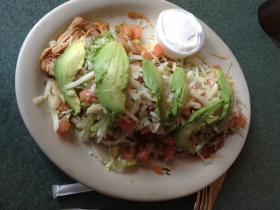 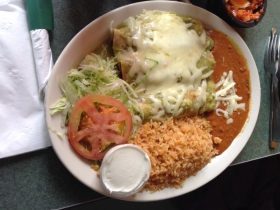 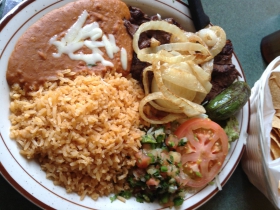 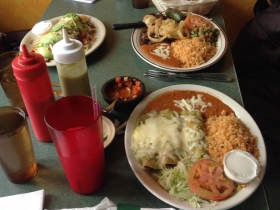 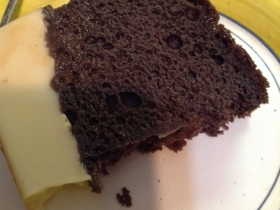 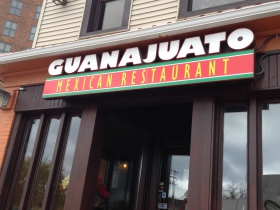 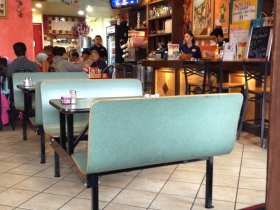 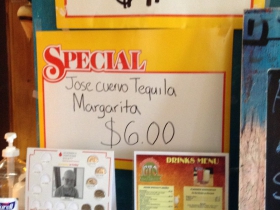 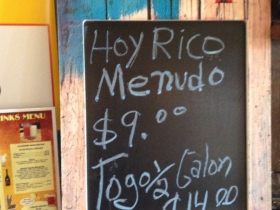 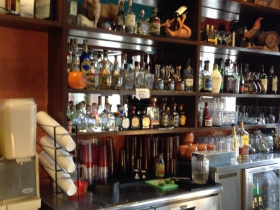 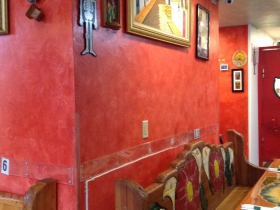 3 thoughts on “Dining: Guanajuato a Top Choice For Mexican”