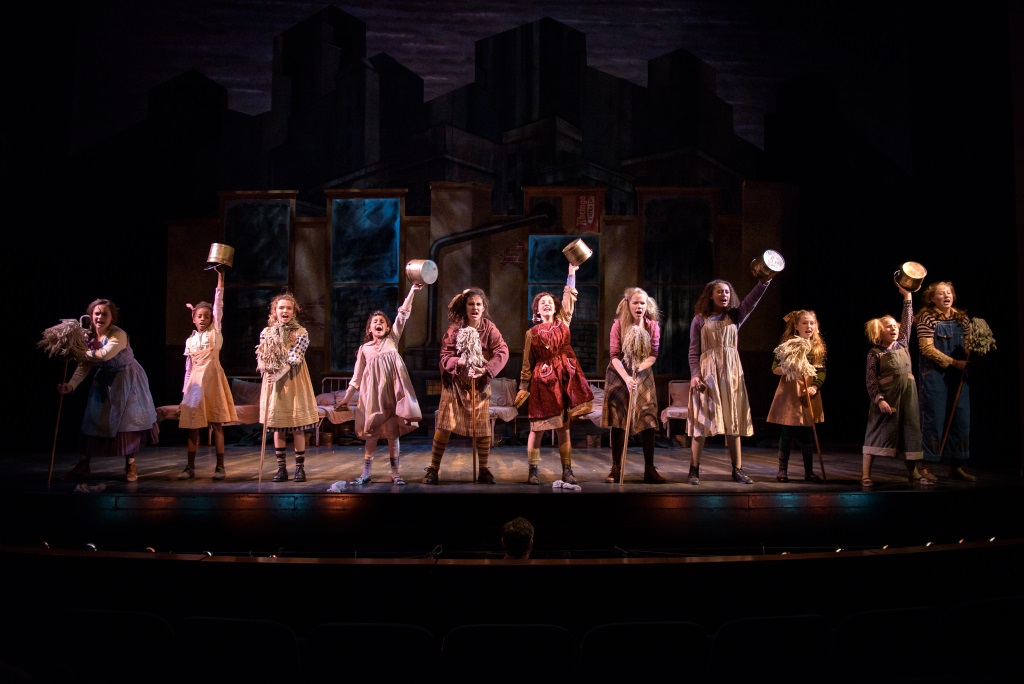 She’s had a pretty rough go of things. Or as Annie might say, a hard-knock life.

The Skylight Theater brings Annie back to Milwaukee for a robust holiday run from November 17th through December 27th. The musical, based on Harold Gray’s 1920s comic strip “Little Orphan Annie,” has proven to be an enduring and beloved production.

And why not? Annie is an empowering character who takes charge of her own life. She speaks her mind and just goes for it. Annie starts out behind the eight-ball in an orphanage and through her grit and determination, ends up at the White House befriending President Franklin Delano Roosevelt. And the show’s score, by composer Charles Strouse and lyricist Martin Charnin, features such memorable songs as “Tomorrow” and “It’s the Hard-Knock Life.”

The original musical in 1977 set attendance records on Broadway, but it was the 1982 film starring Carol Burnett and Albert Finney that helped embed Annie’s story into the hearts of a new generation. In 2014, another version of the story hit the cinema with Jamie Foxx as billionaire Benjamin Stacks.

Harold Gray wasn’t one to shy away from social issues. He felt Daddy Warbucks and Annie were salesmen of the American dream and pioneered that spirit without help from anybody.

“I lived for Annie as a kid, the story changed my life,” says Molly Rhode, the director of the Skylight production. Rhode felt the character was strong and and gave hope and voice to young women. “I was about five years old when the film version of Annie was released with Carol Burnett. I was obsessed. Annie memories are a huge part of my childhood, so the opportunity to revisit the material is a real treat.” Rhode was born in 1977 – when “Annie” debuted on Broadway. Both turned 40 this year.

In Wisconsin theater, Rhode has done it all. She began acting when she was 10 in Menomonee Falls. After that, she was one of the first students at First Stage Theater Academy. Rhode says it was a marvelous experience at a well respected venue. “I was able to work with professional actors and learned so much,” she says. “I was encouraged to grow and explore. It helped me develop my social skills, helped me develop empathy and other life skills.”

Working in the theater, Rhode says, can be a calling for some and just plain fun for others. “It’s play that can extend into a performance and it lasts for as long as you want to do it. An incredible opportunity for self-exploration.”

Rhode graduated from Milwaukee High School of the Arts, then earned her B.F.A. in theater studies with a double emphasis in playwriting and directing from Southern Methodist University in Dallas, Texas.

“I’d directed Sound of Music and Les Miserables for the Skylight,” Rhode says. “And I was honored they asked me to direct this production.”

In Rhode’s production, the huge cast of 35 includes 18 girls ranging in age from 8-16, most of whom are making their Skylight debuts. Throw in a couple of dogs, Skippy and Shiloh, and rotating Annie’s, and you’ve got it. “Our girls are extremely talented,” Rhode says of the two lead perfomers. “They’re knockouts. It’s hard to find one, but two is very difficult.”

The show will utilize two casts of children. “That’s pretty common,” Rhode says. “For a couple of reasons. I’m sure it began with child labor laws but it’s also important to remember this is a rigorous show for the actors, especially Annie. When we rotate the cast, we can keep them energized and fresh for a long run here at the Skylight.” The cast is accompanied by an 11-piece orchestra.

“Adults may see Annie as a rags-to-riches story,” Rohde says. “But kids don’t really know what that means. The core message of Annie is hope and optimism. It’s as effective now as it ever was because it’s a universal story.”

The show features Carrie Hitchcock as Miss Hannigan, Andrew Varela as ‘Daddy’ Warbucks and the duo of KyLee Hennes and Eloise Field as Annie.

Rhode says the film and play are very different in scope and emphasis. “I tried to ignore the film when working on the play,” she notes. “Even though I’m a huge fan of the films. The audience has high expectations for the show shaped by various films. We put a lot of work into developing the story, digging deep. We want to provide a 3D production that will satisfy the audience.”

As the show opens tonight, Rhode says she and the cast are more excited than nervous. Her cast is seasoned and used to the pressures of an opening night. “We had the usual last minute things to attend to,” Rhode says. “We worked on some technical issues until today, some scenery issues. I watched rehearsals and took notes.” Rhode also worked on some finishing touches with music director/conductor Bill Busch.

How does Rhode want audience to react to her production? “I want them to feel the generosity and the snappy grit of Annie. It’s a lovely story and kids really respond to it.” 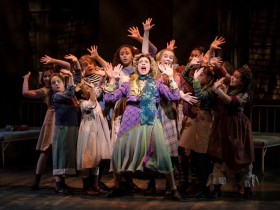 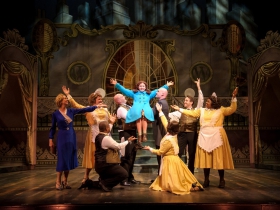 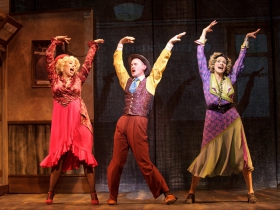 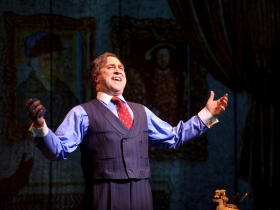 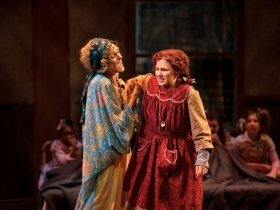 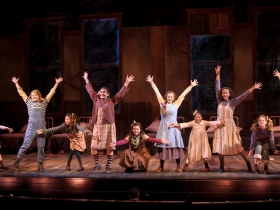 2 thoughts on “Theater: Skylight’s “Annie” Is Already a Hit”