How to Grow the Restaurant Scene 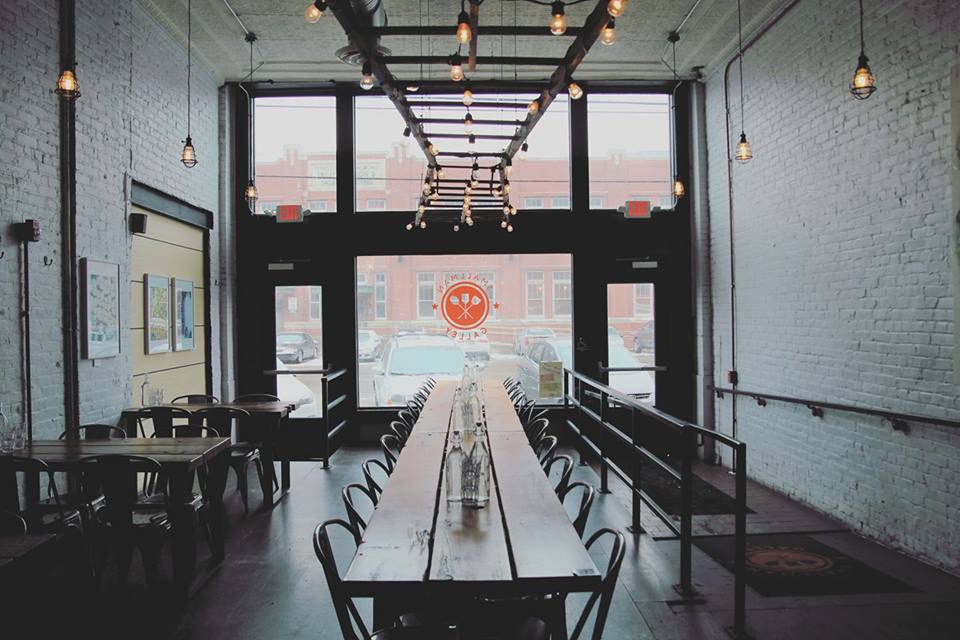 Two entrepreneurs visiting Milwaukee from Pittsburgh for a conference showcased an innovative model for pop-up restaurants.

Ben Mantica and Tyler Benson call it a restaurant incubator. At their business, called Smallman Galley, they give chefs a stall and 18 months to operate a dining establishment. They target highly-skilled chefs without the resources to open their own restaurant.  And through experience and advice, they have come to believe it’s a business model that is uniquely suited for the Rust Belt cities of the upper midwest.

Their galley is in a former industrial building in a formerly industrial part of Pittsburgh called the Strip District, an area that sounds similar to Milwaukee’s own Third Ward or Walker’s Point neighborhoods. The layout is open and communal like a food hall (read beer hall if in Milwaukee), and the food, they said, is typically fast casual, but high quality.

The model is similar to the Milwaukee Public Market, they said. In fact, they even consulted with the public market before they started the business.

They delivered their talk in the empty shell of the former Lowes big box store at 5800 W. Hope St. for the NEWaukee Empty Storefronts conference. Their talk followed one on the changing retail landscape.

The Smallman Galley business model seems to thrive on three things: (1) a large and untapped nationwide market of highly skilled chefs with ideas for businesses, but little capital; (2) affordable spaces; and (3) changing consumer habits as post-industrial cities in the Midwest revitalize, led by new industries and innovative companies.

“Our kinda thesis is that the Rust Belt continues to remain totally undervalued,” said Benson, adding that he hopes when the coastal financiers and developers finally discover Midwest cities, the local communities will have already redeveloped and reshaped everything.

The availability of industrial buildings and space at relatively affordable prices is another unique Midwest feature that has been an ace for Mantica and Benson. “Industrial spaces, there’s many of them, they all have great bones,” Benson noted, and just need an enterprising real estate developer to make it into a viable commercial space.

They are opening their second Pittsburgh location in December in a former bank building that hasn’t been a bank in two decades. And after that, they’re going to Cleveland, then Detroit and then Cincinnati.

The cost of living and producing in cities like Pittsburgh or Milwaukee is far more affordable than in massive urban markets like New York City or Los Angeles. This, the two entrepreneurs believe, can make it easier to create a thriving, innovative maker community.

In Pittsburgh, Mantica and Benson said they have heard of chefs moving from larger coastal markets back home to open a business with less risk. Add to that the changing consumption habits of a younger, professional class moving to Rust Belt cities for new opportunities.

“We unknowingly filled a gap in the market,” Mantica said. A decade ago, Pittsburgh would not have been a town for foodies, he said. In 2015, it was rated the number one city for food in the country by Zagat.

They’ve attracted chefs with fine dining experience to try an idea at their space, largely thanks to the low barrier to get started, when compared with the capital requirements of starting a restaurant. One of their recent operators, Pete Tolman, started a successful pizza business after a career in fine dining.

Benson and Mantica noticed that chefs didn’t have the business management experience necessary to run a restaurant. So part of their business includes pairing their operators with experts, like sitting down with an attorney to learn about obtaining a liquor license.

And the chefs don’t pay rent. Instead they pay 30 percent of their net sales. They’re in charge of food, inventory and kitchen staff, but the galley has the rest.

“We just kinda see it as democratizing the restaurant industry,” Mantica said.

One thought on “How to Grow the Restaurant Scene”