By Jabril Faraj, Milwaukee Neighborhood News Service - Oct 25th, 2017 10:41 am
Get a daily rundown of the top stories on Urban Milwaukee 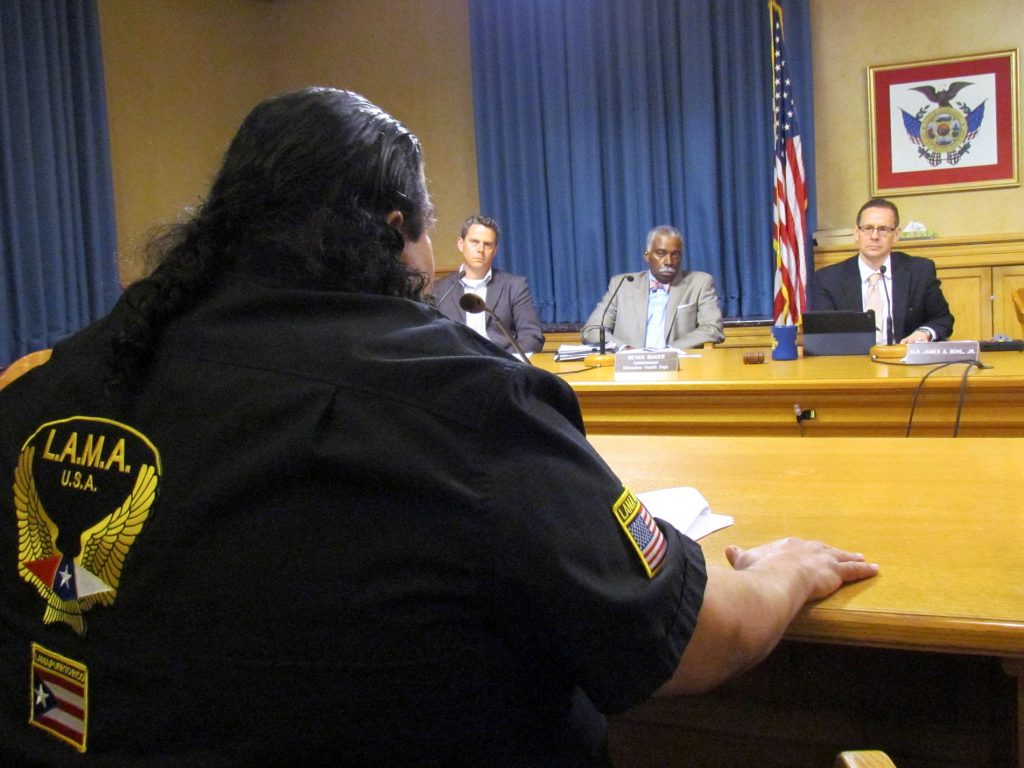 A resolution that would seek to change recommendations by the Milwaukee Health Department regarding who is defined as at risk for lead exposure, and how those groups should approach water consumption, has been struck from the agenda of Thursday’s Public Safety and Health Committee meeting.

The debate over whether the guidance in the proposed legislation, which Ald. Tony Zielinski first introduced in May, is scientifically defensible has played out for several months. Action on the proposal has been delayed on at least three occasions without debate and was tabled at an Oct. 5 Public Safety and Health Committee meeting after an alternate resolution was introduced.

According to Hunger Task Force Executive Director Sherrie Tussler, who has advocated for Zielinski’s resolution, committee chair Ald. Robert Donovan chose to delay consideration of the resolution at the last minute because Health Commissioner Bevan Baker will be out of town. Tussler said she learned of the change from Zielinski Monday morning.

Health Department Spokesperson Sarah DeRoo did not immediately respond to a request for comment.

Tussler said advocates are disappointed by the delay because Zielinski and Ald. Jim Bohl have agreed on yet a third version of the resolution. 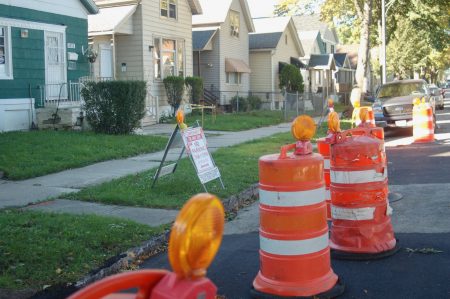 “I think what’s really going on behind all of that is that, the longer they (the Health Department) delay, the less likely it is to pass because they’ll keep trying to convince the aldermen on the committee not to vote for it,” Tussler said.

She added, “We can just keep going and going until we finally get something through.”

The Health Department currently recommends “any households with residents or visitors that include pregnant or breastfeeding women, or children under the age of 6” only use bottled, filtered or “well-flushed” water.

Zielinski’s original resolution would have directed the Health Department to include women of childbearing age (15-45) as an at-risk group, and to recommend that they not drink any unfiltered water.

The Health Department opposed Zielinski’s original resolution. Department officials said that it doesn’t make sense to tell people who live in homes without a lead pipe to drink only filtered water. Doing so would erode trust in the Health Department and would unnecessarily drain resources that allow it to provide filters to at-risk families unable to purchase them. Local physicians and healthcare experts have come out in support of this position.

Tussler said Zielinski and Bohl have agreed on a “hybrid” resolution similar to a draft resolution Bohl created after the Oct. 5 meeting. That version would direct the Health Department to inform the public that lead-removing filters are “the most thorough means of lead-water safety” and that children should be tested for lead until age 6. It would also add women of childbearing age (15-45) to the populations most at-risk for lead exposure.

Advocates such as the Freshwater for Life Action Coalition (FLAC) say the Health Department’s current recommendations are “insufficient,” citing research by Marc Edwards, a foremost expert in the water safety field, that shows flushing short of three minutes can actually increase lead in water. The “hybrid” resolution also contends that at-risk groups “may not have access to accurate information about the presence of City- or privately-owned lead service lines.”

Additionally, a supporting letter from the nonpartisan Wisconsin Public Interest Research Group (WISPIRG) notes that service lines are not the only source of lead contamination in water. Fixtures, solder and other parts of internal piping may also contain lead.

At the Oct. 5 meeting, Patricia McManus, president of the Black Health Coalition of Wisconsin and a former Water Quality Task Force member, stressed the importance of including women of childbearing age as an at-risk group. She said there’s still a lot of confusion about the dangers of lead in water and women sometimes don’t know they’re pregnant for four to six weeks. She added that just because something hasn’t been done elsewhere doesn’t mean it isn’t scientifically sound.

“Maybe we should get ahead of the science,” McManus said.

Ultimately, Edwards said, the correct course of action hinges on how reliable Milwaukee’s records are on which houses have lead services lines. “It’s accepted that at-risk groups … in places where water is served with a lead service line should not be drinking the water unfiltered. The next question is: how do we know where those places are?”

FLAC spokesperson Robert Miranda said the city mandated the use of lead for service lines until 1951. In 1952 it changed guidance to allow other metals, such as copper, to be used, but did not ban lead until 1962. According to Miranda, the city “didn’t keep accurate records of how many people were still using lead pipes” during that period. He estimates there may be as many as 12,000 homes with a lead pipe not listed on the city’s records. That could put the total number of homes with a lead service line over 80,000. A study, to be conducted by the Health Department, the Department of Neighborhood Services and Milwaukee Water Works, is underway to determine the veracity of the city’s records.

During an Oct. 16 Finance and Personnel Committee meeting, Water Works Commissioner Jennifer Gonda said, “We know what the material is — if it’s lead, or copper, or galvanized steel — in every single case for the public side (of the service line). We don’t necessarily know, in every single case, for the private side. And, there’s a span of years where it’s unclear.”

The utility is directing meter technicians and plumbing inspectors to visually check service lines. She said Water Works is preparing a mailing “to ask people to self-identify” their pipes and will reevaluate after these initial steps have been taken. However, Gonda noted that, so far, about 2,000 lead pipes have been identified, on the public side, in houses built after 1952.

Edwards said some cities kept good records but also outlined situations in Flint, Michigan, and Washington, D.C., where he said “the records were so bad we finally learned you had to almost assume everyone had a lead pipe in those cities, until proven otherwise.” Which side of the debate people tend to come down on, according to Edwards, depends on “whether you want to have an abundance of caution [and] how skeptical you are about the records.” He said financial resources are also a factor.

In a July interview, Milwaukee Health Department Emeritus Medical Director Geoffrey Swain said the worst case scenario is that the department may find a few neighborhoods that were built while lead service lines were being phased out where “the records aren’t as accurate as we thought.”

“If it turns out that we’ve got some inaccuracies there, that will alter our messaging and our approach for those areas,” said Swain, adding that the Health Department will not shy away from the results.

“It’s a crucial question that must be answered.”

Elliot Hughes contributed to this story.

One thought on “Advocates Push City On Lead Pipes”