The arena is halfway to completion. Our photos capture the progress. 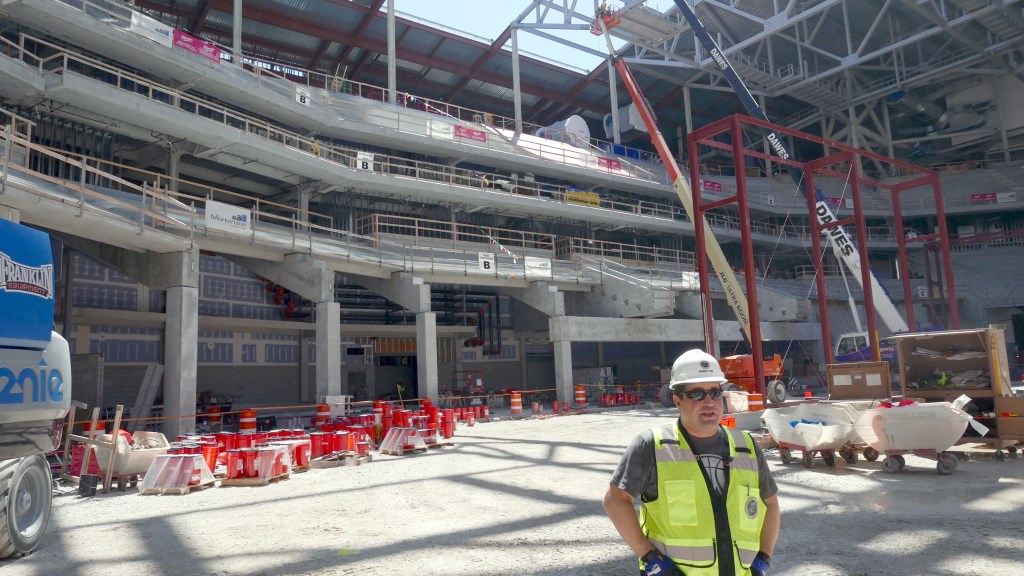 Inside the New Bucks Arena. Photo by Graham Kilmer.

If construction of the new Milwaukee Bucks Arena was a basketball game, it would be half time right now, at least that’s what the Construction Project Director, Mike Sorge, said.

The $524 million project is expected to be complete by the 2018-2019 basketball season, and a legion of workers is laboring away to make that happen. Friday, when owners and project managers led media through the arena, there were 677 workers on site. It’s expected the project will peak at around 900 workers at some point this summer.

The inside of the arena is still very raw, but the structure of the bowl and the stands is easily identifiable. Right now, crews are working on installing the last of the trusses that comprise the major structural components of the roof. Huge cranes are hoisting workers and materials from the bottom.

Walking through the guts of the arena, Bucks President Peter Feigin poured gasoline on rumors that Foxconn may purchase the naming rights for the building saying that Terry Gou, founder and chairman of Foxconn, and other Foxconn executives have toured the arena and had numerous meetings with Bucks leadership.

With the bones of the building largely finished, some of the arena’s prominent features were visible. Such as the main concourse, where Feigin said 70 percent of all the eating, drinking and socializing will take place.

Feigin said, for his part, he’s, “partial to the panorama club.” A bar area with a birds-eye view of the arena. Another interesting feature is the Bucks Campus, a 30,000 square foot area of the arena housing locker rooms, coaching offices and media rooms. It’s about four times the size of the old locker room complex Urban Milwaukee’s Jeramey Jannene noted.

As construction moves out of half time and into the third quarter crews will finish the enclosure of the arena, Sorge said. Then, in the fourth quarter, construction will largely involve adding finishes to the arena and installing many of the systems for the arena. 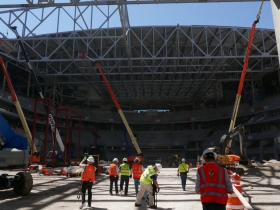 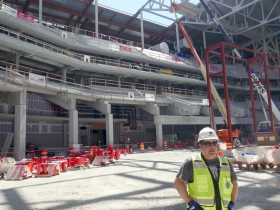 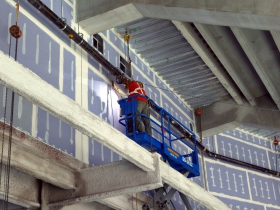 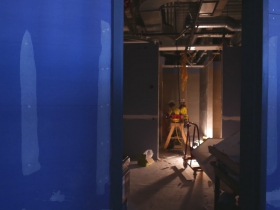 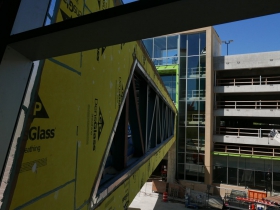 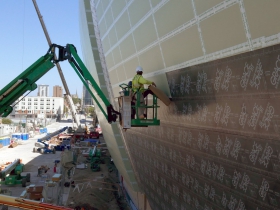