The Singular Vision of Rashid Johnson 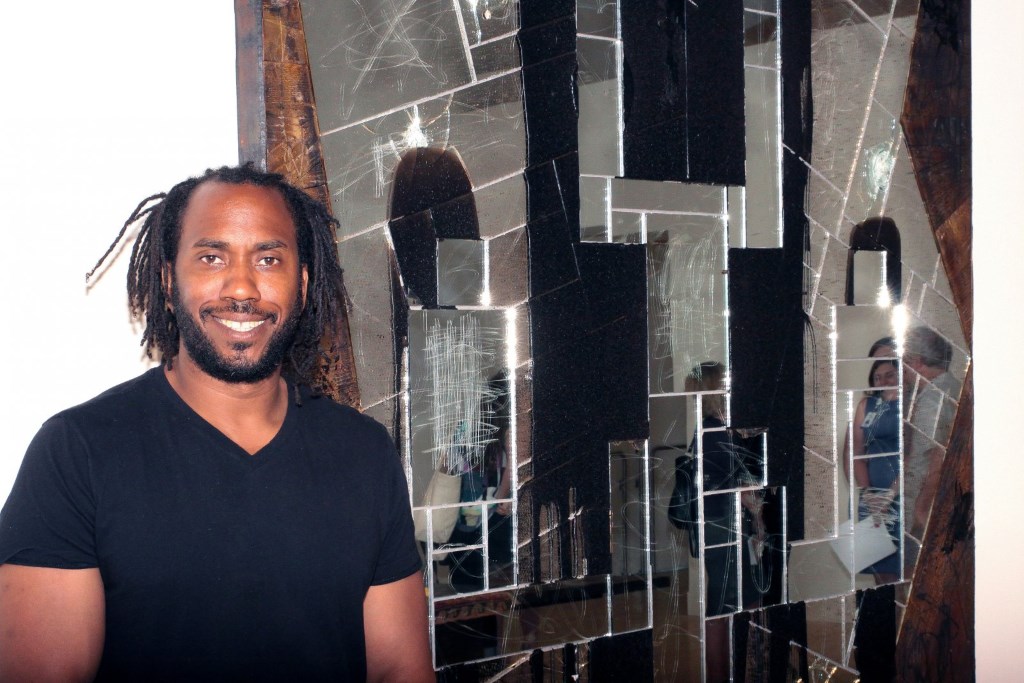 Fourteen large-scale works from the past two years comprise the exhibition, “Rashid Johnson: Hail We Now Sing Joy,” opening Friday, June 23, at the Milwaukee Art Museum. Ample breathing room between the works lends MAM’s exhibition space a contemplative atmosphere, which is appropriate given the material and conceptual density of Rashid Johnson’s art.

“Antoine’s Organ,” the enormous sculpture that greets and all but overwhelms visitors, introduces the themes that inform Johnson’s work. The grid structure that provides the work’s latticing evidences an abiding interest in minimalism, while the pervasive presence of plants counterbalances this geometric framework with organic forms. Globs of shea butter and books by W.E.B. Du Bois and Richard Wright reveal the formative intellectual and existential influence of Afrocentrism and the African American experience.

The three series comprising the remainder of “Rashid Johnson: Hail We Now Sing Joy” are similarly constructed from signifying objects and domestic materials. Ceramic tile formats Johnson’s “Anxious Audience and Escape Collage” as grids and black soap and wax replace acrylic paint on Johnson’s palette, giving an uncommon texture to his work. The “Falling Man” series exemplifies the interpretive indeterminacy of Johnson’s work. Are they pixilated figures from a video game? Chalk outlines marking absent bodies? Symbolic reflections of modern anxiety? “People often want me to produce metaphors for them,” Johnson replied to a request for an authoritative explanation of some aspect of his work. It is a testament to the artist’s timely voice that his work speaks so urgently with so many messages.

Photo Gallery by by Erol Reyal© 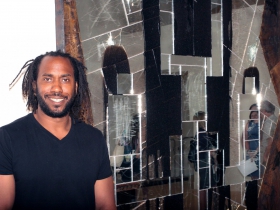 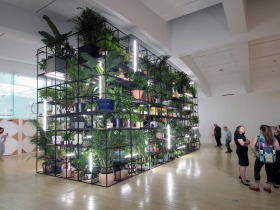 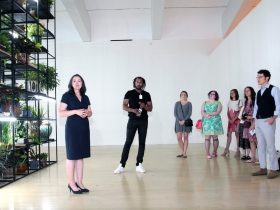 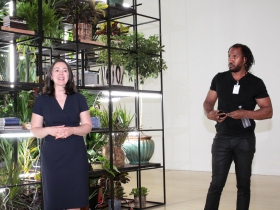 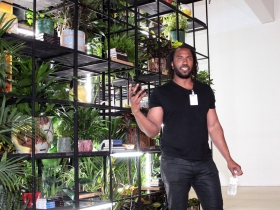 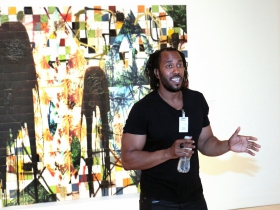 2 thoughts on “Art: The Singular Vision of Rashid Johnson”