Save the Sanctuary Woods

Precious nature reserve on County Grounds in Tosa could be destroyed. 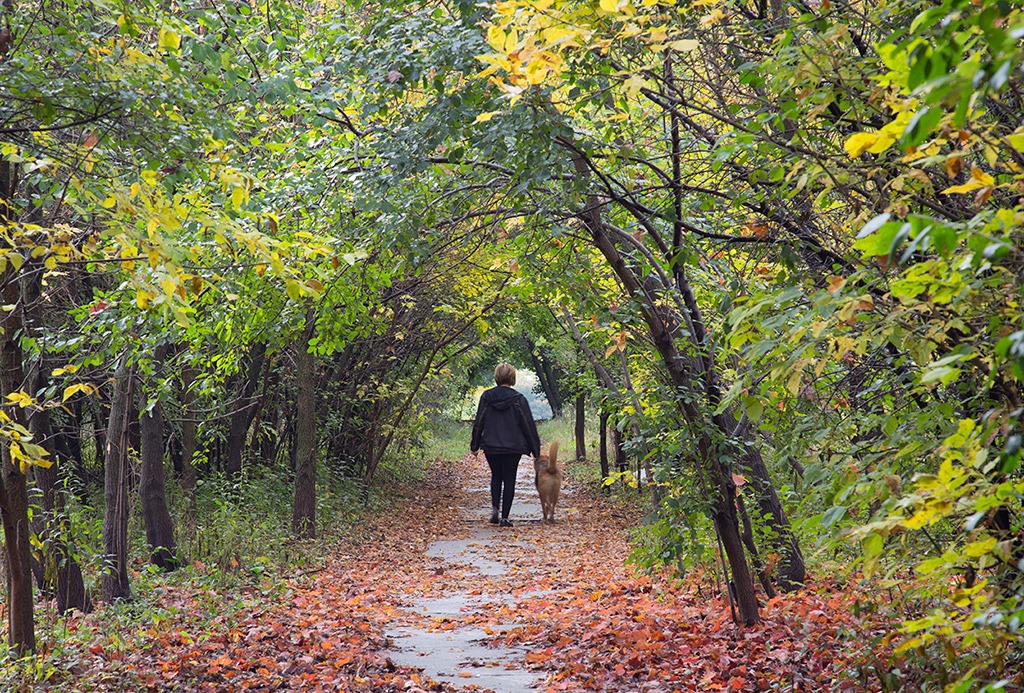 -A spacious, undeveloped, scenic, historic, fascinating wilderness in the middle of a large metro area;

-A place of peace and quiet due to nature’s berms surrounding it;

-A woods with many old-growth trees and a ravine graced by two grand, century-old stone staircases, plus traces of old foundations and pathways to stir up the imagination;

-A sanctuary for deer, foxes, coyotes, owls, flying squirrels and other wildlife;

-Grasslands and a prairie with meadowlarks, bobolinks, bluebirds;

-An open meadow with lush wildflowers providing healthy habitat for the monarch butterflies just beginning to re-establish their population here;

-Two historic cemeteries, one of them re-discovered only about 15 years ago;

-Hidden remnants: an old, historic road, an abandoned, obscure railroad line and the three-part foundation for an old railroad bridge on another line;

-A lack of crowds due to limited though readily available access;

-A “secret hiding place” feeling that can enchant visitors.

Sound interesting? Well, you don’t have to settle for merely picturing this place; you can visit it, easily. But you’d better hurry, because it is all threatened; incomprehensibly, inexcusably but really threatened!

It’s called “Sanctuary Woods,” though this vital habitat includes more than the woods. It is located within the Milwaukee County Grounds in Wauwatosa.

Much development has taken place on these grounds in recent decades. Hundreds of mature trees were felled. Two large flood-control ponds and a new building for managing them were constructed, with the resultant County Grounds Park created on their landfill. College athletic fields were built. New apartments arose surrounding the remaining Eschweiler building. A new road, Discovery Parkway, was cut through the top of the grounds. And new college/business offices and a new hotel now sit on the summit.

Urban development is typically a very beneficial and much-appreciated factor. But if it proceeds with no regard for its natural limits, it quickly becomes problematic. That is definitely the issue with the plans for Sanctuary Woods and its environs. This is the only undisturbed parcel left of the once expansive, open and undeveloped County Grounds. It’s in what is referred to as the northeast quadrant, and is located across Watertown Plank Road from the Milwaukee Regional Medical Complex. Its main access is northbound from Watertown Plank Road on 87th Street. This soon becomes a narrow downhill road, and at the bottom it turns left, where parking is available at its far end. From there you have full access to the entire wonderful area. Eddee Daniel, who produced a fascinating photographic chronicle of the County Grounds, says, “Most cities can only dream of land like this.”

A visit to this spot, the best part of that dream, will demonstrate why this land dare not be spoiled in any way by any type of development. But here’s the threat. The City of Wauwatosa wants to develop much of this land as part of a so-called Life Sciences District (LSD), with new roads, buildings up to ten stories tall, hundreds of apartments, new retail and office buildings;  in short, an irreversible destruction.

Environmental scientists have studied this interconnected ecosystem and warn against ripping it apart, which any development would do. Yes, officials talk about saving a portion of Sanctuary Woods, but this land is so much more than just the woods itself. Because if the woods’ environs would be developed, including any part of the grasslands and the adjacent Monarch meadows, that destruction would also entail the tragic reduction of whatever would remain of the woods to a mere sterile exhibit of what once was  instead of a living participation in what still is.

Then there’s the incomprehensible and inexcusable part of this proposal. Ostensibly this development would take place in order to expand Wauwatosa’s property tax base. However, due to the Tax Incremental Financing (TIF) arrangements of this proposal, the city would receive no tax revenue from any such development for 20 years. And meanwhile the city would have to spend many millions of dollars for infrastructure work and other ongoing attendant services for new development on this property, thus increasing city debt instead of increasing its revenue! Also, the market for apartments is at or near its saturation point, as is the market for retail and office buildings. So it is very possible – maybe even likely – that this precious land could be destroyed with unneeded developments while further burdening taxpayers. That is incomprehensible!

Thus it is also inexcusable. Part of this goes back to the history of County Grounds development. Over the years there have been fervent protests about many of the developments listed above, and when they nevertheless materialized anyway, Wauwatosa and Milwaukee County officials invariably promised, “There will be no more development.” The current atmosphere of cynicism finds strong roots in that empty promise!

Arguably this last remaining, incomparable portion is the most special section of all, with its historic, naturally vital, personally restorative, intriguing characteristics – but now this is up for grabs also. And for no demonstrable need or benefit, but with a clearly predictable deficit. Thus the common question: What on earth is going on?

At a meeting held in early April to allow public input on this matter, a crowd of around 300 citizens showed up and made many impassioned and convincing arguments for abandoning any and all plans to develop this land. In addition to the factors mentioned above, the claim that a major medical center needs adjacent housing and retail was repeatedly refuted in numerous ways, especially with the fact that many such centers across the country find the proximity of unspoiled natural areas such as our Sanctuary Woods parcel to be major plusses when available. Also, the idea that workers at our medical center would appreciate nearby housing was negated by the fact that most people prefer to live out of sight of and at least some distance from their place of work. Then too, the presence of so many vacancies in Wauwatosa buildings – commercial, retail and residential – was emphasized to illustrate the lack of any excuse for destroying this high-value natural area and incurring additional debt.

The content of the public testimony was so overwhelmingly clear and persuasive that, after hearing it all. a reasonable person would reach a conclusion of “Case Dismissed.” Yet there has been absolutely no hint from Wauwatosa or County officials that any of this and other input has made any difference for them.

Two days later, the Milwaukee Journal Sentinel reported that the county had decided to create a new “county park” incorporating some of this land. However, this article was confusing and misleading at best. It did not mention that public meeting, nor did it touch on many of the key issues involved. For example, the latest proposed LSD plan would develop 10 acres of the recently created 55-acre County Grounds Park, a clear demonstration of the threat to our county parks. The new LSD proposal would actually develop more, not less, of the County Grounds.

This is why so many citizens are expressing outrage about this entire issue.  And this is why protests and vigilance are continuing. There is a growing determination to keep Wauwatosa officials from ruining this unique and dearly treasured spot of irreplaceable value, a restorative retreat that adds so much to making Wauwatosa the special place to live that it has been for well over a century.

Go to http://county.milwaukee.gov/CountyBoard to reach our county supervisors.

The next Wauwatosa meeting is the Common Council Committee of the Whole on May 2nd. While no public comment is scheduled, the presence of concerned citizens will be helpful. Public input is permitted at the May 15th Plan Commission meeting. A public hearing with input is scheduled for the July 18th Common Council meeting. More details are available here.

5 thoughts on “Op Ed: Save the Sanctuary Woods”