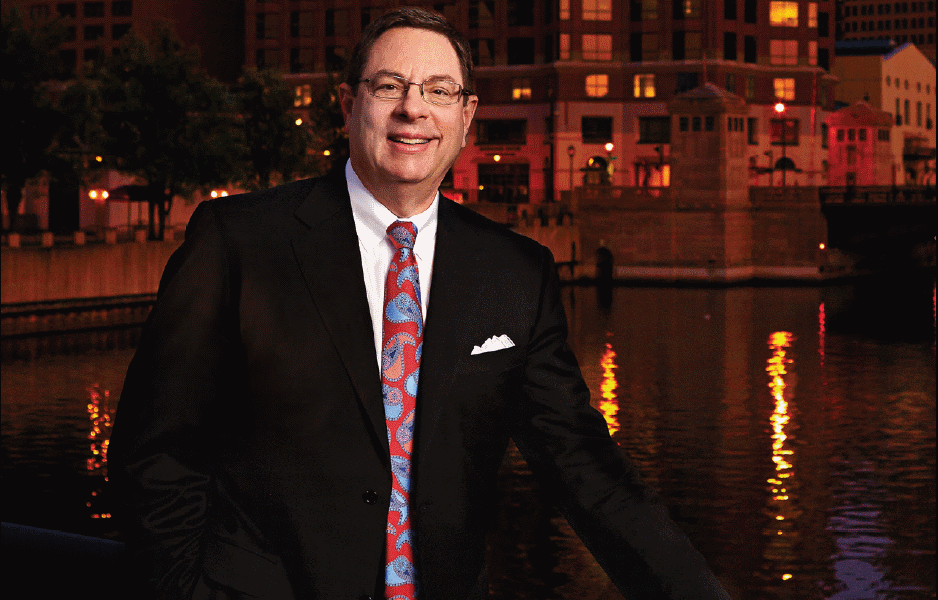 Apparently nobody had explained the rules to Rep. Adam Neylon (R- Pewaukee).

Neylon was one of four Republican legislators who announced a bill called a “Ratepayers First” proposal that would rein in profits made by We Energies from its power plants.

“Wisconsin’s electricity rates are among the highest in the Midwest,” state Sen. Duey Stroebel (R-Saukville), a co-sponsor of the bill, complained in a press release announcing the proposal.

But once Assembly Speaker Robin Vos found out about the bill, the four lawmakers were chastised in a closed-door meeting of the Republican caucus, as Milwaukee Journal Sentinel columnist Dan Bice reported.

They had erred, it seems, in not forewarning Vos they intended to introduce the bill. “I’ve apologized to them for any miscommunication or lack of communication,” Neylon told Bice.

Perhaps worse, the proposal had put a brief scare into stockholders, helping cause a three-percent dip in the price of We Energies stock. Neylon, however, declined to apologize for that. “I don’t work for We Energies,” Neylon said. “Ultimately, I’m responsible to and work for the taxpayers.”

But Neylon admitted his bill probably wasn’t going anywhere. Nothing, it seems, can stop the ever rising rates of We Energies and other public utilities. This is a public monopoly, with an all-but guaranteed market and rate of return, yet you rarely if ever hear members of either party call for the Public Service Commission to crack down on We Energies. Why is that?

In theory a public body like the PSC should be protecting us ratepayers. Heck, it goes back to the days of reforming governor Robert LaFollette, under whom the state created a Railroad Commission, that by 1907 was also overseeing the public utilities and by 1931 became the Public Service Commission.

But companies that are regulated typically work to get industry sympathizers appointed to the commission and lobby lawmakers to pass laws benefitting the industry and hire lawyers who know the PSC rules better than the PSC staff. And so in 1979 the legislature created the Citizens Utility Board (CUB) to give citizens “a voice” in PSC decisions and CUB later spun off to become an independent non-profit.

But by 2009 CUB was having trouble raising enough money and the legislature helped create a special grant of $300,000 per year to help CUB fund its operations.

Of course that still left CUB at a huge disadvantage combatting We Energies. “They have no restrictions on what they can pay experts, and that’s paid for by the ratepayers,” as Charles Higley, CUB’s former executive director, once complained to me. (We Energies spokesman Brian Manthey said his company can only recover “reasonable costs” incurred.)

But CUB can’t afford the top experts. “We have to pay below-market rates for the experts we hire,” Higley noted. “It’s not a fair fight. It’s very frustrating.”

But it gets worse. CUB’s $300,000 grant wasn’t guaranteed and came out of the PSC budget, which made it tricky for CUB to criticize decisions made by the PSC. “Absolutely. We have to be very careful,” Higley admitted. “It does limit our independence.”

Meanwhile, another advocacy group was created back in the 1970s, the Wisconsin Industrial Energy Group, a non-profit whose budget comes from more than 30 industrial firms that are concerned about rising rates for electricity. In the past, WIEG had argued that WE Energies’ profit margin should be kept at 9 percent to 10.5 percent, while the PSC had allowed an annual return of more than 12 percent.

And yet between the oversight by the “Public” Service Commission and advocacy by CUB and WIEG, We Energies continues to enjoy big rate hikes.

The PSC allowed Wisconsin utilities to increase electric rates by 55 percent from 2002-2010, during a period when inflation rose by just 20 percent. A study by the UW-Milwaukee Employment & Training Institute found that the average cost of heat and electricity for city of Milwaukee renters, all customers of We Energies, nearly doubled in just six years, rising from $1,318 in 2000 to $2,227 in 2006.

While rate hikes have moderated in recent years, We Energies still raised rates by about 16 percent since 2010.

These ever-higher rates helped drive profits for We Energies. A study by WIEG found Wisconsin utilities had the second-highest profit margin among 26 states studied.

Those generous profits, in turn, help pay for huge bonuses for We Energies executives, which amounted to $77 million over a three year (2009-2011) period, according to annual reports it files with the PSC.

Compensation for We Energies executives was $26.7 million in 2015, according to Morningstar, including $13 million for now retired chief executive Gale Klappa. Klappa earned a whopping $49 million in total compensation in the six years prior to 2012 and another $36 million since then. Forbes found that Klappa was the third-best paid utility CEO in the nation — this, in a market (the Milwaukee metro area) that ranks 39th in the nation.

Yet there is also plenty of money on hand to pay off politicians. According to the Wisconsin Democracy Campaign, contributions from the Milwaukee company and its current subsidiaries (Wispark, Wisconsin Public Service Group, Integrys Energy Group) to Gov. Scott Walker and current legislators from 2009 through 2016 totaled $726,363 and would have been higher if former legislators were included.

Those contributions might help explain why Vos was not crazy about legislation intended to limit the rate hikes and profits of We Energies. Vos also argued the bill was unconstitutional, which coincidentally was the same argument made by the company.

We Energies also seems to have clout with the Metropolitan Milwaukee Association of Commerce,whose Senior Vice President and lobbyist Steve Baas pushed to eliminate the $300,000 funding for CUB. An editorial by the Journal Sentinel noted that Gale Klappa was vice-chairman of the MMAC board and that Baas’ effort was about “clearing the field for the utilities in rate cases.”

The publication UtilityDive.com reported that the anti-CUB proposal came in the wake of three major disputes between We Energies and CUB.

Via email, Baas described CUB as a special interest group. But when asked who else advocates to limit rate increases affecting residents and businesses, he had no reply. Todd Stuart, executive director of WIEG, says that “CUB has been effective, especially given the resource constraints in recent years and when you compare them to their counterparts in neighboring states.”

The MMAC represents 2,000 companies all over the Milwaukee metro area, many of whom must compete with companies in other states paying less for electricity. So why try to hamstring a group that pushes for lower rates? Why side with a public monopoly that doesn’t have to compete in the marketplace the same way as MMAC’s other members do?

As Stuart recently noted, “Wisconsin’s largest manufacturing companies, now pay an average of 13% more for electricity than the average rates paid by their competitors in all other Midwest states. That’s a big cost disadvantage for our members, some of whom pay well over $1 million a month for electricity.”

And yet the MMAC, legislators in both parties and the state’s power structure never seem greatly concerned about the situation. Nothing can fully explain the mysterious and continuing clout of We Energies.

Remarkably, it was Gov. Walker who opposed the proposal to cut the funding for CUB, though he didn’t restore the funds. In essence, this meant CUB could apply for funding from the PSC and received a smaller amount of funding, $227,000, in 2016.

Now it is up to CUB’s new director, Tom Content, to seek additional funding. Content was the Journal Sentinel reporter who covered the utilities and energy issues for years for the newspaper. He’s left a declining newspaper to join a non-profit with a declining budget. Good luck, Tom, all of us paying We Energies for gas and electricity wish you well.

51 thoughts on “Murphy’s Law: The Remarkable Clout of We Energies”