Along with flavor influences from Spain and China. Definitely worth a trip. 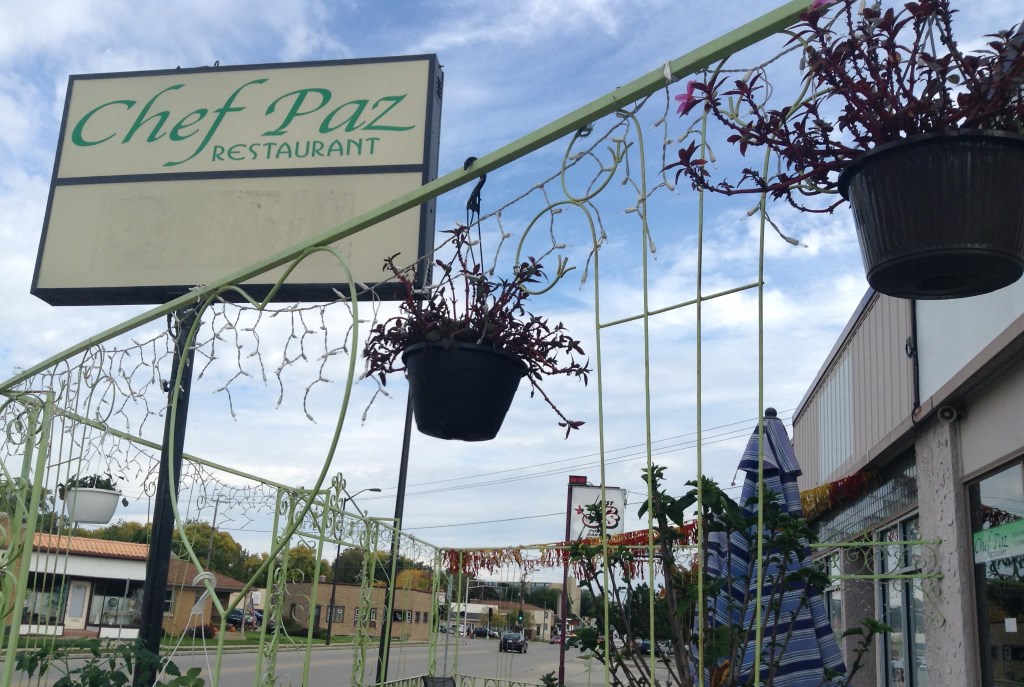 Maritza Paz didn’t look far for a name for her Peruvian restaurant, naming it after herself, Chef Paz. And a chef she is, turning out dishes in her small corner restaurant that incorporate flavor influences from Spain and China. Customers will find native ingredients, corn, potatoes, and yucca alongside Paella from Spain and from China, soy-marinated and sautéed beef tenderloin in Lomo Saltado.

Paz opened her small restaurant on National Ave. in 2012 in a space formerly occupied by another short-lived Peruvian restaurant. She took a nondescript place and created a cheerful room adding bright green tablecloths that sparkle in the sun from windows facing north and west. Outside a plant-rimmed patio invites customers who prefer alfresco dining.

Chef Paz offers an extensive menu with colorful descriptions and photos of all the dishes. On my first visit, from this potpourri of temptations, I went for the “Peruvian Icon,” Arroz con Pollo, chicken with rice. Two half-inch slices of pounded and marinated meat, grilled and succulent, hinting of spices, perhaps some cumin and others not identified. A perfectly formed pyramid of rice with bits of carrot and whole peas accompany the chicken along with pickled red onion, cilantro, and a small dish of what turns out to be my favorite all-purpose sauce. The light green cilantro-jalapeno sauce raises the flavors of the bland chicken and rice plate to a memorable mix of hot, sour, and spicy.

My companion orders Jalea, something he recalls from a visit to the former Peruvian restaurant replaced by Chef Paz. “It’s much better than I remember it,” he says as he admires the visually appealing selection of whitefish, shrimp, mussels and calamari topped with tomato, corn, red onion and cilantro salsa. A thin crisp batter on the seafood has a nice crunchy texture, he says. “Even the fish, most likely tilapia, tastes juicy and not greasy fried.” He adds, “The calamari is especially tender.” Like my chicken and rice, it’s served with the cilantro-jalapeno sauce that livens everything it touches.

I return a week later with two friends. This time I order from the Appetizers because I can easily put together a meal from the list of ten. I choose chicken in a Peruvian Empanada, Papa Relleno, and Crispy Yucca with cheese sauce. The chicken-filled empanada has a doughy, not flaky crust that makes it a bit heavy for my fussy taste. However, the ample chicken had good flavor and adds juicy to doughy.

I find the yucca crisp as promised but when the inside tastes like a mushy boiled potato, I should have remembered that’s what yucca tastes like. The thin cheese sauce adds a tiny hint of cheesy flavor. I borrow my friend’s green sauce to alleviate bland and hope to make the yucca interesting. It works.

We share Inka Paella and Lomo Saltado. Both are delicious. The Lomo Saltado, a mix of tenderloin, tomatoes, and onions, marinated and sautéed with soy sauce rests on a bed of fries. The menu notes white rice but my companion switches out white for Special Rice with carrots and peas and says, “”It’s better than white. Well worth the extra $2.00.” After one bite of tenderloin she says, “Wow. Is this good! So tender.” When we question the double carbs in the dish, our server explains that it’s common to find two carbs in entrées in Peru.

The Paella, a Spanish seafood and rice dish made with Peruvian flavors, has a hint of saffron that gives it a golden glow. It’s filled with shrimp, calamari, and mussels. The shrimp, in my friends’ words, “Are definitely not shrimpy.” She especially enjoys the rice as it has absorbed the complex flavors from the seafood.

Our server can’t help chuckling as she clears our table: We leave three empty plates with the exception of four empty mussels shells, the remains from the paella.

I wish I had flipped the menu. Under desserts I later found Mango Mousse, Lemon Pie and my personal favorite Tres Leches, three milk cake. Any of the above will bring me back to Chef Paz.

This restaurant is the real deal for people curious about Peruvian food and the integration of flavors from Peru, Spain, and the east. 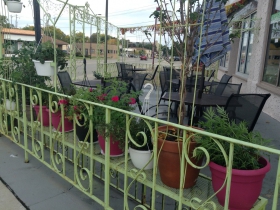 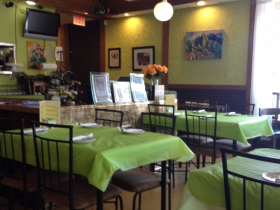 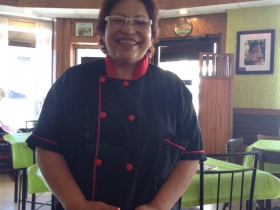 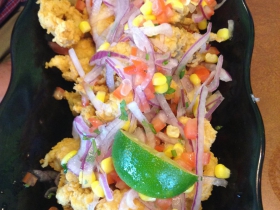 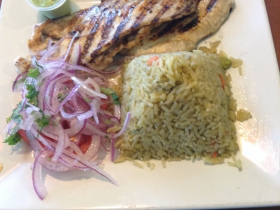 One thought on “Dining: Chef Paz Offers a Taste of Peru”