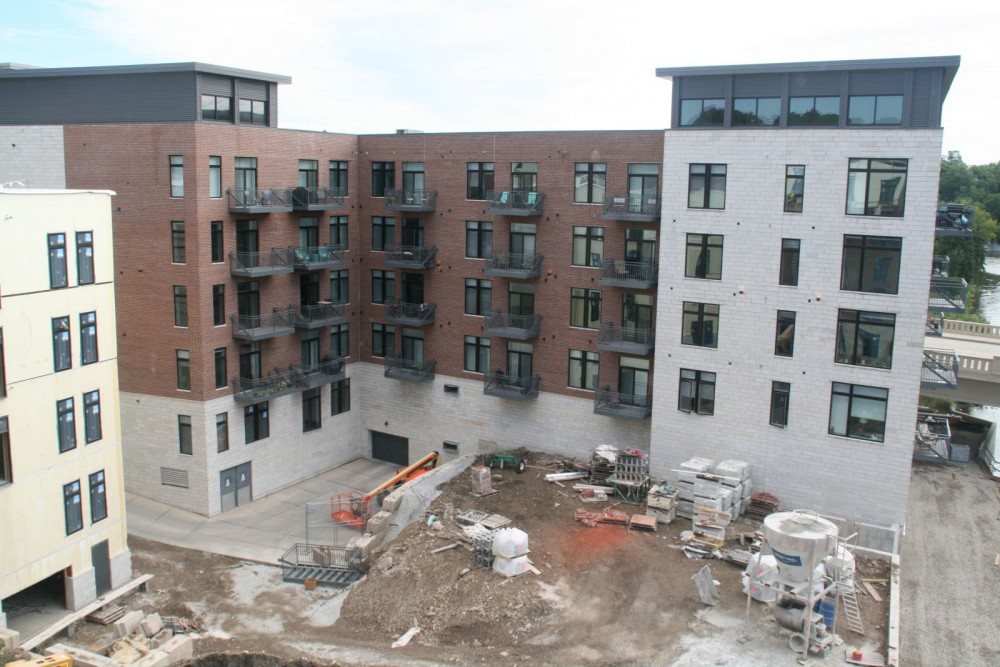 The final residential building in Milwaukee’s Beerline B redevelopment is nearing completion. Led by Bedford Development and the Kendal Group, the Walker’s Landing apartment complex consists of two five-story buildings. The first building, which opened this summer, includes 58 rental units, of which 57 are already leased at an average rent of $1.73 per square-foot.

Residents of the first building are largely Millennials and have come from as far away as Tennessee and Las Vegas. According to developer Ryan Bedford, residents hold a variety of jobs, ranging from an anesthesiologst to someone who takes advantage of the parking garage’s high ceiling to store a large work truck used on the Northwestern Mutual Tower and Commons construction project.

Residents will find the apartments don’t include all the amenities offered by other new projects coming online, but the average price-per-square-foot is also lower. Each building will include a fitness center and club room, but beyond that the amenities are limited. Every unit includes a balcony and in-unit washer and dryer.

The second phase of Walker’s Landing was planned to break ground after the first phase was fully leased, and will open by December 1st. It will include 56 apartments, and a large community room and fitness center. The firm opted to move forward on the second phase earlier than expected when VJS Construction Services offered a discount on the building’s foundation.

The complex, located at 2070 N. Riverboat Rd., is situated immediately west of the Humboldt Bridge. To the west is N. Commerce St., a string of condominium and apartment developments that link downtown with Riverwest. To the east is the Kiwanis Landing, a riverfront nature preserve. It’s at this point that the river transitions from having an urban edge to being far more natural as you head upstream and out of the city. Tenants can head the wilderness going north, or walk to work Downtown going south. To the north is also a Pick ‘N’ Save grocery store and the recently profiled Belay Apartments.

Design on the building was led by Eric Ponto of Engberg Anderson, but TDI Associates provided final architectural drawings. Bedford, a full service firm, served as their own general contractor on the project. The property is managed by the Kendal Group, an affiliate of Bedford.

When complete, the development will include 131 enclosed parking spaces, with one level at grade and another underground. A courtyard space will be included between the two buildings alongside a new 425-foot segment of the Milwaukee RiverWalk scheduled to open this fall. Through the Beerline B tax-incremental financing (TIF) district (detailed below), the city will contribute $995,711 to the Riverwalk’s construction, including the portion under the Humboldt Bridge.

Bedford’s executive vice president Ryan Bedford took an unusual route to join the family-owned Kendal Group. The Michigan native competed in the 2010 Winter Olympics, finishing 10th in the 10,000 speedskating competition. He found himself in Milwaukee to train at the Petit National Ice Center, and ended up working for Ken Miller, the now-retired president of the Kendal Group. When push came to shove he wasn’t able to compete as an elite speed skater and work as a real estate developer, so he opted for the latter full-time. Along the way, Bedford also fell in love with Miller’s daughter Heidi. Hence, the building is named not after Milwaukee co-founder George Walker, nor governor Scott Walker, but instead Ryan and Heidi’s son Walker. 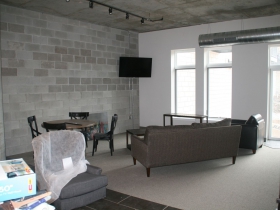 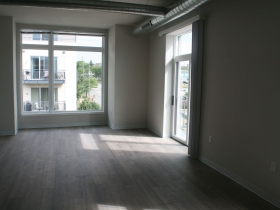 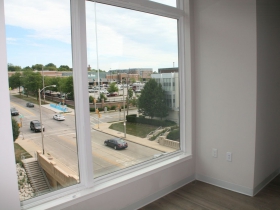 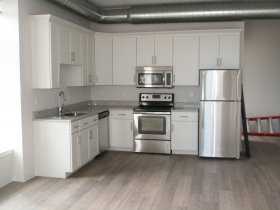 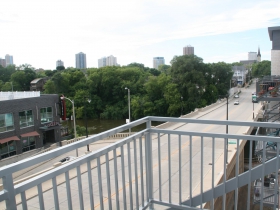 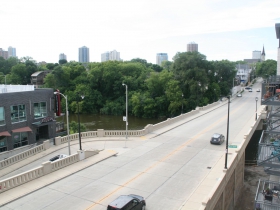 Bedford was the first developer I’ve encountered to openly speculate that Milwaukee’s apartment building boom might start to freeze up, although others have spoken off the record about it. Bedford says “the market is in the process of being over saturated,” explaining that his firm doesn’t intend to do any projects in their home market in the coming years because rents are unlikely to keep rising, at least not enough to keep pace with rising construction costs.

As an example of the increasing construction costs, the developer cited a cost increase of approximately $25,000, or 15 percent, for the installation of the same elevator between the first phase and second phase. Bedford speculates the increases are being driven not only by multifamily construction, but by other major projects including the Northwestern Mutual Tower and Commons, new Bucks arena and recently completed 833 East office tower.

Bedford notes he sees a similar problem in other markets, including Atlanta and Denver. In response, his firm is turning their focus to projects in Florida, Green Bay and Chicago.

About the Beerline B Corridor

The Beerline B redevelopment is a textbook example of how to use TIF funding to drive reinvestment in a brownfield. The corridor, now defined by N. Commerce St., draws its name from the “beer line” railroad track spur that connected three downtown breweries (Blatz, Pabst and Schlitz) with taverns across the country. The tracks, which ran along side bluff (and are still partly visible across from Lakefront Brewery), passed by a tannery, warehouses and coal piles. Unfortunately, these uses were increasing irrelevant as manufacturers declined or moved out of Milwaukee in the mid-to-late 20th century.

In 1993 the city, under the direction of mayor John Norquist, responded by creating a TIF district to help fund a number of public improvements to the area. To finance those improvements, the district borrowed against future incremental property tax revenues from within the district. Those improvements, totally $25.5 million, include a substantial section of the Milwaukee RiverWalk, the Marsupial Bridge and the Booth Street Staircase. In September of 2015, the district’s operating plan was amended to also contribute $27 million towards the construction of the city-owned Parking Garage for the new Bucks arena.

At the end of 2015, the district had an assessed value of nearly $229 million, $43 million more than originally anticipated. It’s scheduled to be closed in 2019, at which point more than $6 million annually will flow to the budgets of the local property taxing entities (the city, county, Milwaukee Public Schools, Milwaukee Area Technical College and sewerage district).

One thought on “Eyes on Milwaukee: Inside Walker’s Landing Apartments”