State ranks 47th in government employees per capita and 39th in payroll costs.

By Tamarine Cornelius, Wisconsin Budget Project - Aug 10th, 2016 04:53 pm
Get a daily rundown of the top stories on Urban Milwaukee

Wisconsin is leaner in most types of public sector jobs than all but a few other states, according to a review of employment figures by Governing. 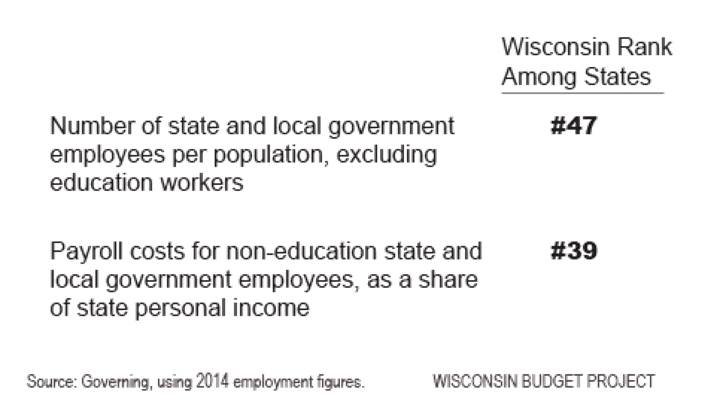 Wisconsin’s Public Sector is Leaner than Most Other States

Governing relied on U.S. Census Bureau figures from March 2014 for the analysis. Because the share of public workers working in education is significant, Governing looked at those workers separately from other public workers.