Four charts show Wisconsin is worse than nearly every state.

By Tamarine Cornelius, Wisconsin Budget Project - Nov 28th, 2021 02:07 pm
Get a daily rundown of the top stories on Urban Milwaukee 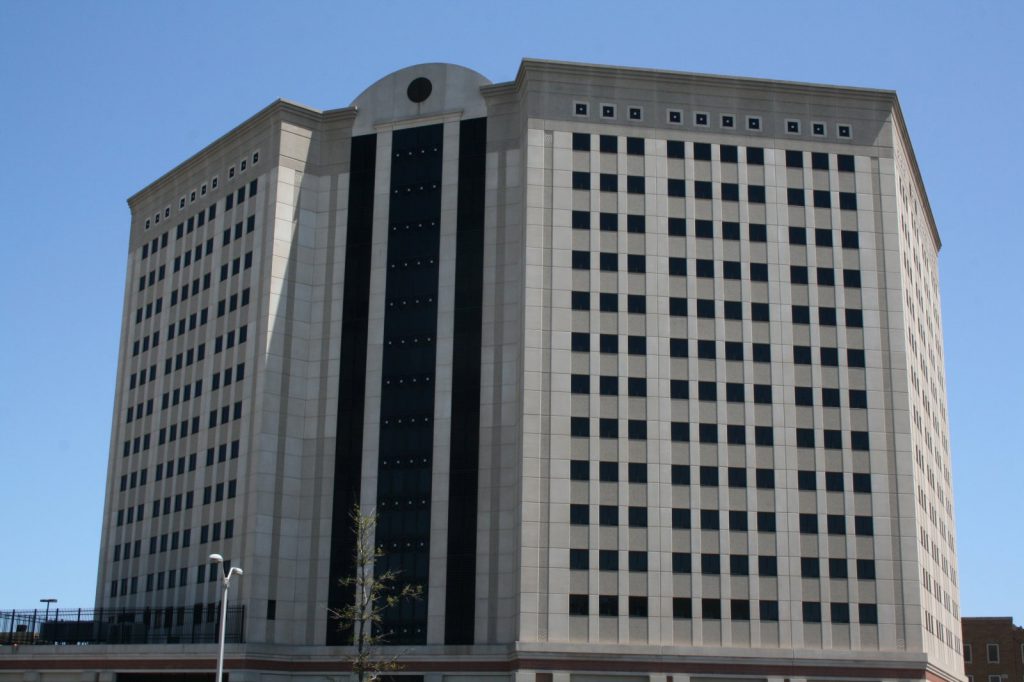 Wisconsin’s use of incarceration to lock up a staggering share of its population of color inflicts serious harm on individuals and communities. New figures show the racial disparities in Wisconsin’s incarceration rates far exceed disparities at the national level, which themselves are stark. The result is a system that deepens the divide between whites and people of color, and uses public resources to do so.

Some drivers of the disparities in incarceration rates have their roots in historical and present-day racial discrimination in Wisconsin’s housing, health care system, schools, and job market. These structural disadvantages can limit opportunity for people of color.

These disparities are further exacerbated by a criminal justice system that over-polices communities of color, differentially charges Black people, especially Black men, for the same crimes as whites and then too often mandates harsher and longer sentencing.

This systemic racism continues to impact people and communities of color even after incarceration. The consequences of incarceration are long-lasting when it comes to finding housing and employment.

These disparities in incarceration are not new. They have been long been significant in Wisconsin.

Here are four charts that show the cost of Wisconsin’s incarceration policies. The figures on incarceration rates are from a report by The Sentencing Project, The Color of Justice: Racial and Ethnic Disparity in State Prisons. 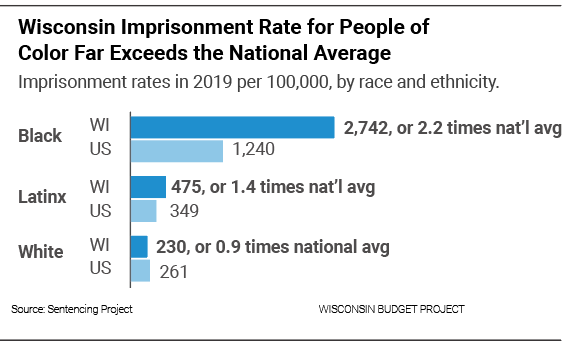 2. Wisconsin locks up a higher share of our Black residents than any other state. Only six states have higher Latinx imprisonment rates than Wisconsin does. 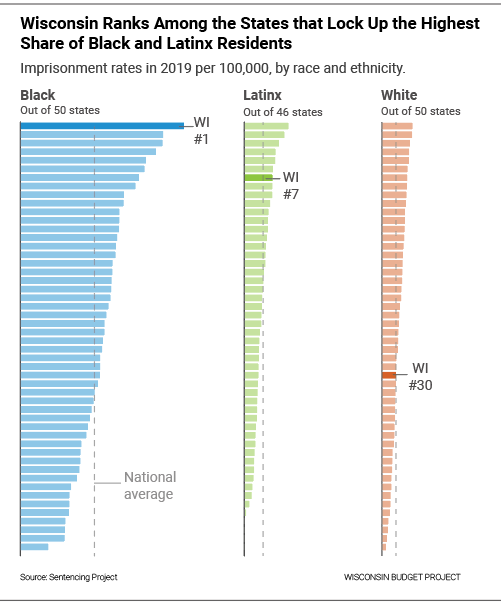 3. Wisconsin has the second-highest Black/White incarceration differential of any state. 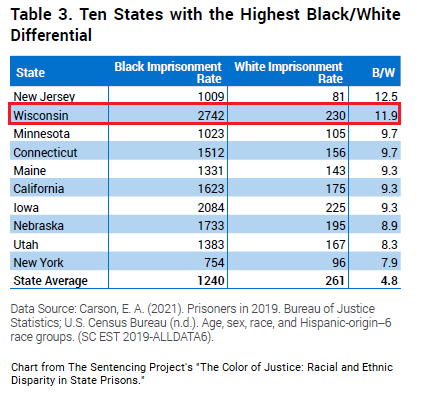 4. Wisconsin’s corrections costs have long been high compared to other states. 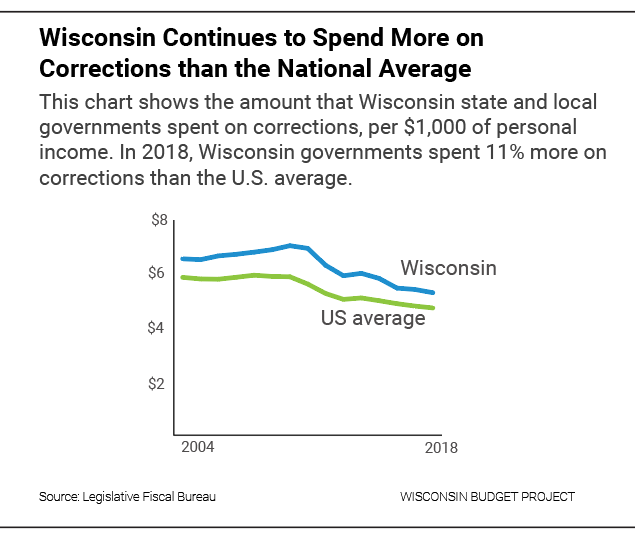 Wisconsin Continues to Spend More on Corrections than the National Average

Wisconsin’s inequitable incarceration policies are a result of decisions made by state and local policymakers, and there are steps policymakers can take to move Wisconsin towards more equitable outcomes. Here are three steps that The Sentencing Project recommends Wisconsin and other states take to address disparities: