Not a dollar for half of all taxpayers, thousands in tax cuts for the most wealthy.

By Tamarine Cornelius, Wisconsin Budget Project - Sep 21st, 2021 03:14 pm
Get a daily rundown of the top stories on Urban Milwaukee

Wisconsin lawmakers passed an enormous income tax cut in the 2021-23 state budget that further tilts our tax system in favor of the wealthy. The tax cut almost completely leaves out households with low incomes, and gives white households larger tax cuts than Black or Latinx households.

The tax cut, which costs a billion dollars a year, reduces the tax rate for the second-highest income bracket from 6.27% to 5.3%, while leaving the rates for lower brackets unchanged. This approach slants the tax cut in favor of households with higher incomes and leaves out many with low incomes.

This huge tax cut widens the economic divide in our state and makes it harder to invest in critical public services. Almost half—49%—of all tax filers will receive no portion of the $1 billion per year tax cut, because their incomes are too low, according to an analysis by Wisconsin’s Legislative Fiscal Bureau. 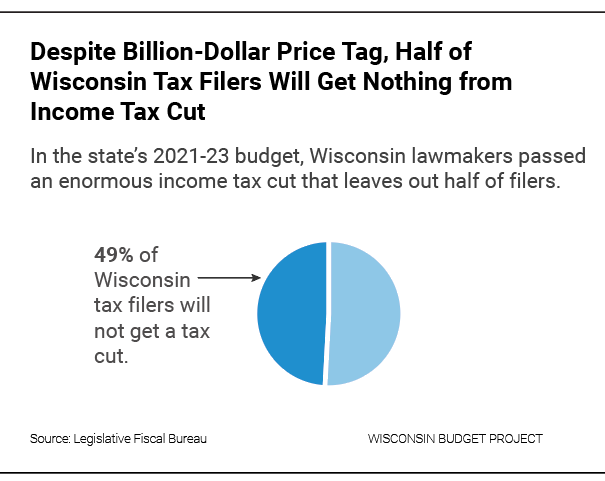 Despite billion-dollar price tag, half of Wisconsin tax filers will get nothing from income tax cut

Low-income households that do get a tax cut will get only a very small one. More than 6 out of 10 filers in Wisconsin earn under $50,000 a year. Yet these filers will get just 3% of the total value of the tax cut. This means that families that are struggling to make ends meet will get little or nothing in the way of a tax cut, while the majority of the tax cut is delivered to higher-income households. Filers earning under $50,000 a year get about 34¢ a week from this tax cut, or about $18 per year. In contrast, filers earning more than $300,000 per year get an average income tax cut of $2,785. 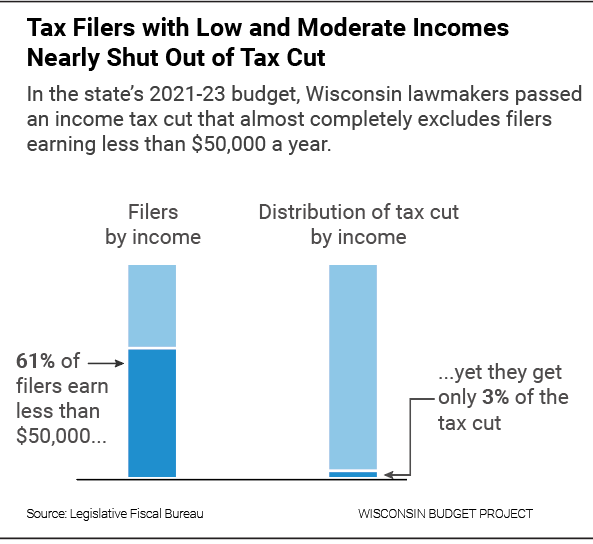 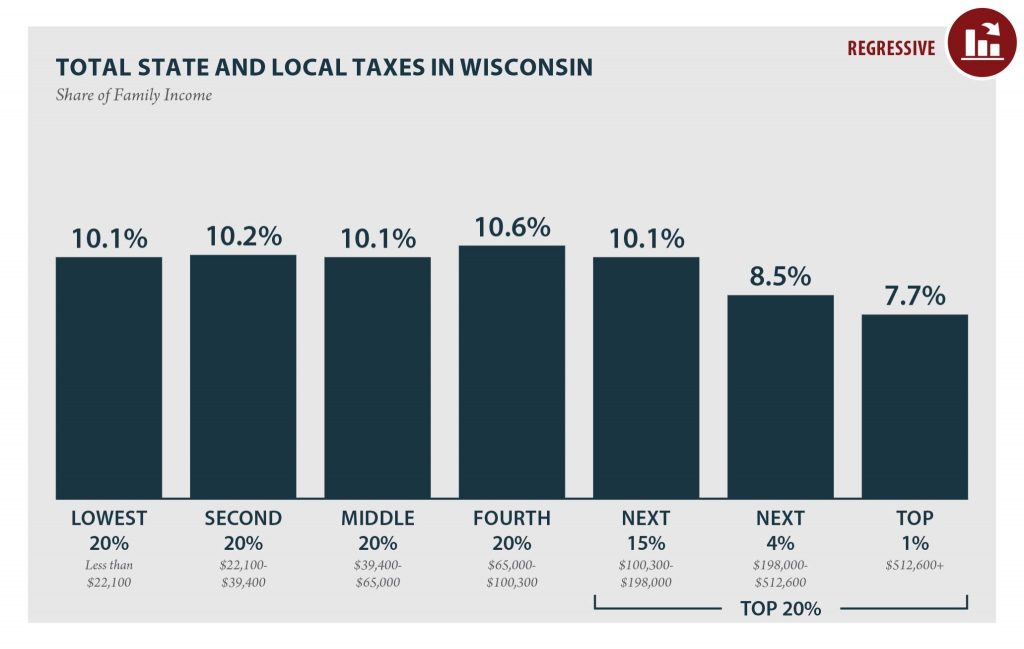 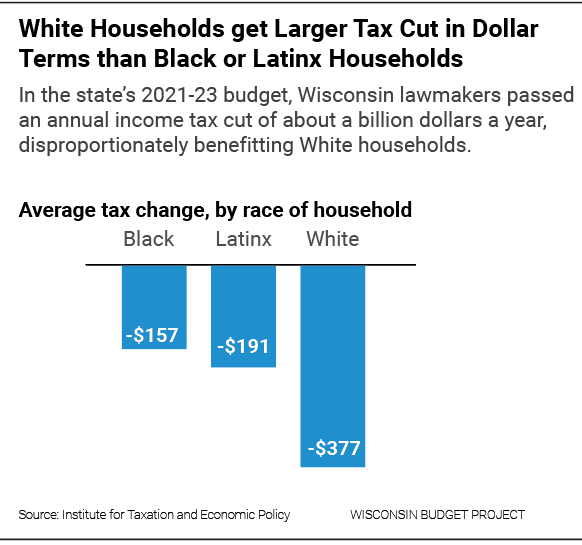 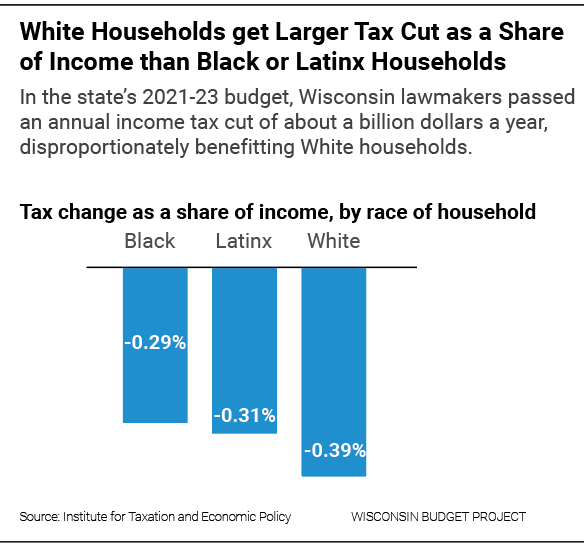 In its current state, Wisconsin’s tax code is a major driver of economic inequality, and contributes to the increasing concentration of income and wealth in a few hands—hands that are most likely to be white, due to a long history of racial discrimination. By directing the bulk of a mammoth tax cut to households with high incomes, state lawmakers are making this problem worse.

One thought on “Wisconsin Budget: State’s $1 Billion Tax Cut Leaves Out 49% of Taxpayers”