The Poetic Legacy of Hackett Avenue

Residents objected to East Side street name, but were defeated by a poem. 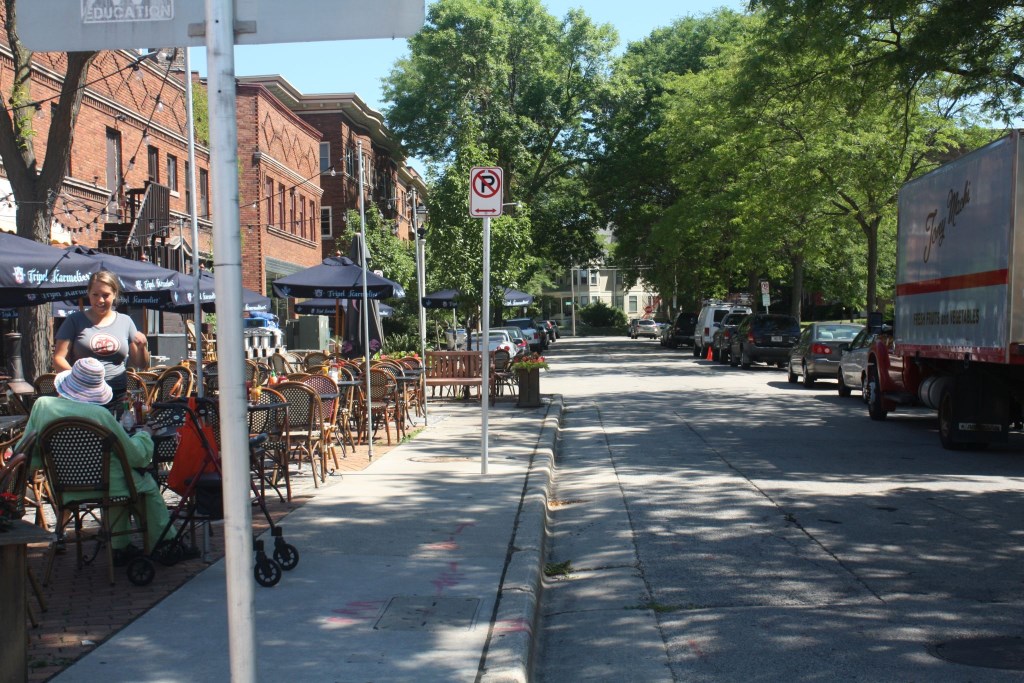 Changing the name of a street is seldom popular with the residents who live on it. If property owners think the new name is not as aesthetically pleasing as the old one, a battle often develops. If a decision is made without their input, it means war. The Upper East Side war over the name Hackett Avenue lasted for three years and, surprisingly, a poem defending the name was the last word on the subject.

Edward P. Hackett was born in 1857 in the Third Ward, a poor Irish neighborhood at the time. His father and grandfather had come to Milwaukee from Ireland in 1837, when the population of the future city was counted in the hundreds rather than the thousands.

Hackett was considered a Third Ward success story. He became a lawyer at the age of 21 and accepted a position in the legal department at Northwestern Mutual Life Insurance Company. There he specialized in real estate and was well versed in property values throughout the country. In 1890, he left NML and went into the real estate business.

In 1893, Hackett was the treasurer of the Prospect Hill Land Company when it developed a former farm into the Prospect Hill Subdivision, bordered by Downer Avenue, Lake Drive, Park Place and what was later called Kenwood Boulevard. The developers installed sidewalks and paved the streets with the latest material, asphalt, as well as adding water lines and sewers. The street that we know today as Hackett Avenue was named Prospect Avenue in the subdivision and that became the address of the new homeowners on the street.

A problem arose two years later when the Common Council decided that Prospect Avenue should be three blocks to the west to line up with the existing Prospect Avenue south of Bradford Avenue, and they renamed the Prospect Hill street Hackett Avenue. Due to the Financial Panic of 1893, few homes had been constructed in the new subdivision, but the homeowners, though small in numbers, objected strongly.

They felt the name Hackett Avenue lacked class. They suggested it be renamed Prospect Hill Avenue, but that was rejected as being too similar to Prospect Avenue. Residents then proposed that Kenwood Avenue would be a good name for their street (at the time Kenwood Boulevard was named Burleigh Street). That name was rejected also. Neighbors complained that the reason for the rejection was that they were Republicans but their aldermen, who were Polish, were Democrats. Edward Hackett said that he had named it Prospect Avenue initially and had nothing to do with the naming of Hackett Avenue and would prefer another name.

Residents made a final suggestion to call the street Mendota Avenue and there was a meeting with the aldermen for everyone to express their opinions. Residents spoke in favor of the change, but non-resident Joseph G. Donnelly defended the name Hackett Avenue.

Donnelly was born in Ireland in 1856 and his family immigrated to the Third Ward when he was a child. He and Hackett became friends and he, like his friend, became an attorney when he was 21. He later became the Chief Judge of Milwaukee County’s Civil Court. Donnelly wrote a catchy poem praising the name and when the Common Council refused to change it, his verse became the final word in the spat. Ever since, there hasn’t been another challenge to the name of Hackett Avenue.

Peace, Prospect Hill!  It seemeth ill
To raise this clamorous racket,
As if your street were too elite
To bear the name of Hackett.

‘Tis true the name’s unknown to fame;
No storied knight doth back it;
But we can cite full many a night
Made glorious by Hackett.

Not his renown to take a town
And ruthless raze and sack it.
He takes a farm and by his charm
Creates a town, does Hackett.

When Prospect Hill had prospects nil,
Who flashed the scheme to track it
With rich stone curb – this mere suburb –
And costly asphalt?  Hackett!

Ah, Prospect Hill, it seemeth ill!
Let other tongues attack it.
Your tongue should wag and never flag
In grateful praise of Hackett. 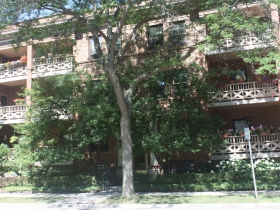 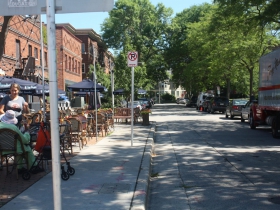 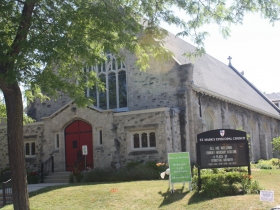 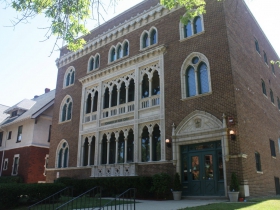 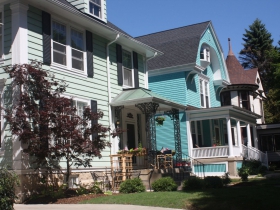 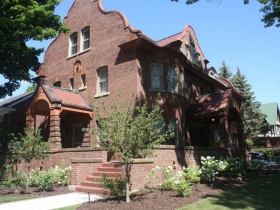 4 thoughts on “City Streets: The Poetic Legacy of Hackett Avenue”