Who Knew? Tim Kaine Is An Urbanist 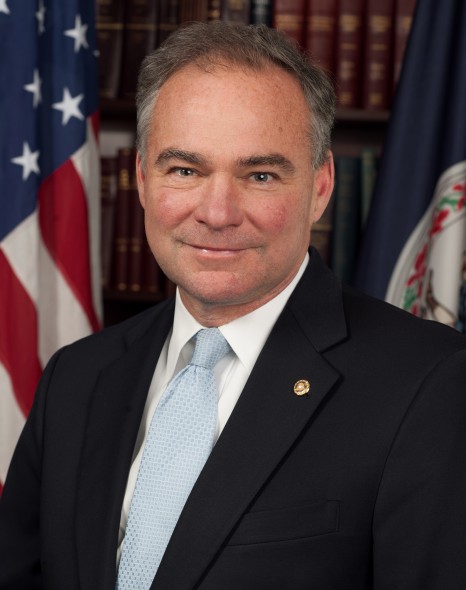 Even though the Democratic Party’s strongholds are in cities, we probably won’t hear much about urban transportation and development policy at the Democratic National Convention this week. City issues seldom get much play when political parties are focused on scooping up swing votes in the suburbs.

But Hillary Clinton’s VP choice, Tim Kaine, is the former mayor of Richmond, Virginia, and experience running a city is surprisingly rare for someone on a presidential ticket.

So Greater Greater Washington writers have weighed in on his urban policy track record. Here’s a look at the evidence.

Before he was mayor, Kaine made a name for himself as a lawyer fighting housing discrimination, writes Joanne Pierce:

Kaine was on the board of Housing Opportunities Made Equal (HOME) of Virginia from 1986-1994 and 2011-2013, starting before he got into local politics.

He helped represent HOME against Nationwide Insurance, which had labeled minority neighborhoods as undesirable and pulled its agents from those areas. He also helped represent HOME against General Services Corp, which made apartment brochures that featured more white people and lacked equal housing logos and language. Staff members testified that company management talked to them about how to deter black people from renting in their properties.

When he served as governor of Virginia, Kaine ensured the Silver Line would be built, writes Canaan Merchant:

As governor, he was largely responsible for building the Silver Line above ground in Tysons, which happened because the Feds would have walked away otherwise. So he can take a good deal of credit for the Silver Line but it’s also unfortunate that the climate was such that the line could only be done in a way that may be a hindrance to other elements in Tysons transformation.

Kaine got a thumbs up from “Walkable City” author Jeff Speck because he fought cul-de-sac development, writes Jonathan Neeley:

Jeff Speck is referring to regulations that said residential subdivisions couldn’t be composed of only culs de sac, which are often an inefficient use of public resources and which cut down on how connected areas are. Kaine supported that change. Unfortunately, Virginia’s transportation board rolled back the regulation two years after it passed.

And his efforts to fight sprawl went further than that, writes Stewart Schwartz:

Governor Kaine and the Republican House leadership also worked together on other measures to link land use and transportation. The 2007 omnibus transportation bill not only included the connectivity requirements for subdivisions but a requirement that localities identify urban development areas, or “UDA’s.” Both parties recognized that spread out development imposed significant transportation costs to the state and sought to promote more compact development. Unfortunately, like subdivision street connection standards, UDA’s were weakened a few years later when they were made voluntary, instead of mandatory.

Get more goods on Kaine in the full GGW post.

One thought on “Streetsblog: Who Knew? Tim Kaine Is An Urbanist”