The 12 Segments of McKinley Avenue 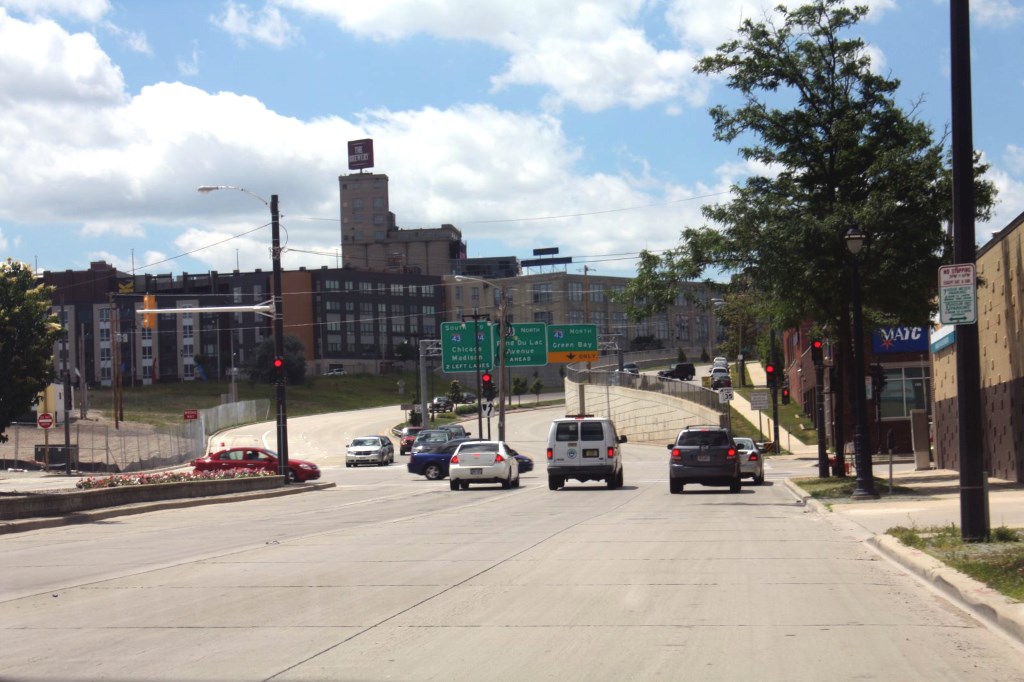 Most segments of McKinley Avenue don’t look like this. Photo by Carl Baehr.

Most of W. McKinley Avenue runs through a series of pleasant, secluded neighborhoods. The street, which starts at the Milwaukee River and ends at W. 64th Street, is interrupted by freeways and ramps, parks, railroad tracks, and other features, resulting in 12 segments, most of them isolated, lightly traveled, and residential.

The street wasn’t originally called McKinley Avenue. Its eastern section, between the river and N. 8th Street, began its life in 1835 as Poplar Street, one of Kilbourntown’s tree-named streets (Cedar, Chestnut, Sycamore, etc.).

The western section came to be called Cold Spring Avenue because of the Cold Spring Race Course, which was developed one year after the three competing villages of Juneautown, Kilbourntown and Walker’s Point merged to form the city of Milwaukee in 1846. Wealthy residents decided they should have a place to race horses and the Cold Spring Farm would be the ideal place. It was two miles due west of Poplar Street and bordered by what are now N. 27th, N. 35th, W. Vliet and W. Juneau Streets. The farm was named for a spring of cold, pure water in its northwestern section. Later, the construction of the Chicago, Milwaukee and St. Paul railroad tracks nearby was blamed for disrupting the flow of the spring.

In June of 1847, a Milwaukee Sentinel advertisement promised to pay cash for someone to plough, drag, and roll a 20-foot wide, one-mile long race track on the farm. The oval track, and another track of one-half mile, were completed and stables and other related buildings, including the Cold Spring Hotel, were constructed, creating the Cold Spring Race Course.

Harness racing, a horse pulling a manned, two-wheeled cart at a trotting pace, was the preferred sport of the estimated 300 owners of trotting rigs in the city. In 1852, the grounds hosted the Wisconsin State Fair, the state’s second of such events. The site would host the State Fair a dozen more times before the current West Allis location became the fair’s permanent home. The event was not as civilized then as it is now. In 1856, a fight between a bull and a bear drew a large fair crowd to observe the combat. In about two minutes the bear was gored and dead.

The race track and the hotel did not have the best of reputations. The race contestants bet heavily, some drank even more heavily, and the hotel was a convenient place for illicit sex. All of this led to problems. James Buck, a Milwaukee historian, wrote that a contemporary of his, John Olmstead, died at the hotel and murder by poisoning was suspected. On another occasion, two men who set up a gaming table at the course were arrested and convicted of gambling. They were fined $100 each and told to get out of town.

An urban myth says that Abraham Lincoln‘s only Milwaukee visit included a speech at Cold Spring Race Course in 1859; in reality, his speech was given near N. 12th Street and Wisconsin Avenue.

During the Civil War, the race course became Camp Washburn, a training camp for thousands of Wisconsin soldiers. After the war, the barracks, a hospital, the officers’ quarters, and other buildings were moved and turned into stables for 125 to 150 horses, residences for trainers, and buildings for other racing needs.

In addition to the local men who raced against each other, nationally known horses raced at the track. These celebrity horses drew interested residents to the track to place their bets. In 1871, the world speed record was set at the track by Goldsmith Maid, who trotted the one-mile track in 2 minutes and 17 seconds. When there was a call to re-measure the track to verify that it was one mile long, it passed and then some; it was 14 feet over a mile. 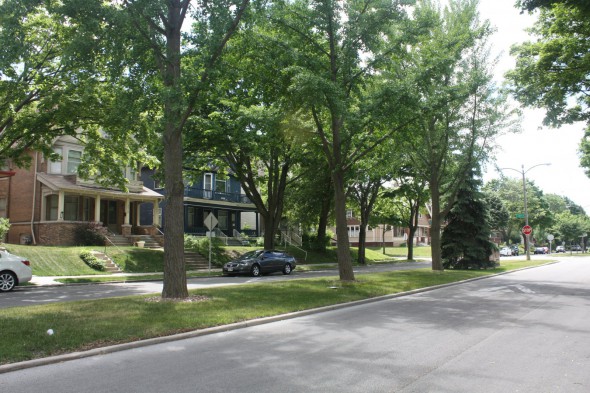 In addition to horse racing, other events were held at the course including boxing matches, baseball games, bicycle races, circuses, and large meetings of all sorts. In 1885, a unique spectacle was promised; a mid-air wedding in a large hot air balloon was to take place “above the clouds.” None of the wedding party made it into the gondola though, and the balloon was released with only one person in it, coming down about a mile away.

Cold Spring Race Course was turned into a subdivision in the early 1900s, and the area today is often called the Cold Spring neighborhood. In 1902, a few months after President William McKinley was assassinated in Buffalo, New York, a Milwaukee city ordinance changed the name of Cold Spring Boulevard, which was between N. 27th and N. 35th Streets, to McKinley Boulevard.

William McKinley was born in Ohio in 1843 and took office as president in March 1897. He visited Milwaukee in October 1899, staying at the Pfister Hotel. After a well attended parade through downtown and to the Soldiers’ Home on National Avenue and back, President McKinley, who had been traveling through the country, remarked “. . . at no place have I had a reception that has given me more genuine pleasure, more real satisfaction, than the greeting of this city’s workingmen . . .” 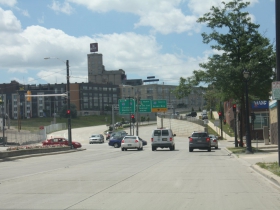 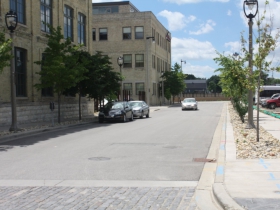 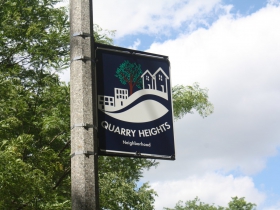 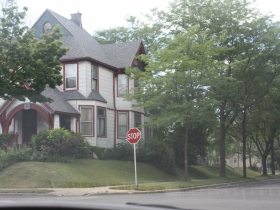 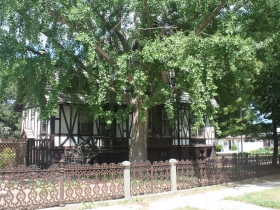 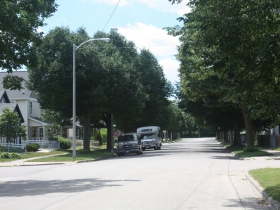 One thought on “City Streets: The 12 Segments of McKinley Avenue”