Lincoln Memorial Dr. Was Under Water

A 20-year landfill project created the road and the city’s waterfront playground. 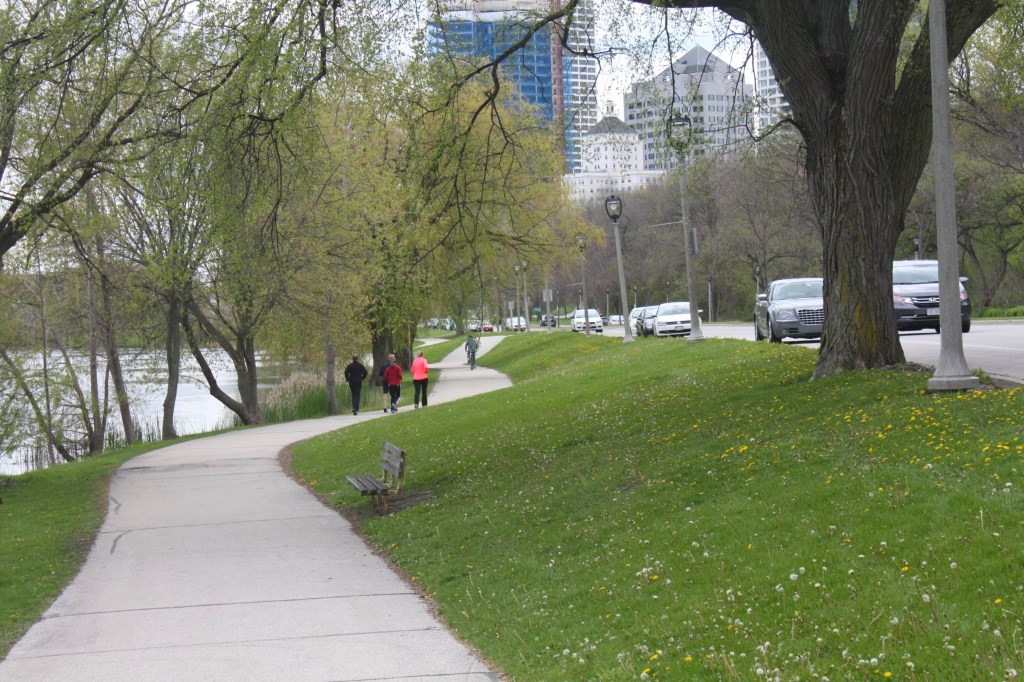 The lagoon along Lincoln Memorial Drive. Photo by Carl Baehr.

At the beginning of the 20th century, many city residents wishing to view Lake Michigan were limited to seeing it from either Juneau or Lake Parks. Mansions above the bluffs along N. Prospect Avenue blocked most of the vistas. Sunbathers and swimmers who wanted to go to the small beaches below the bluffs went via one of the parks. Reaching the water from Juneau Park required crossing four sets of railroad tracks.

Forward-looking local officials were unhappy with the situation and they agreed with Alderman Cornelius Corcoran when he said, “The entire lakefront should belong to the people and be for their enjoyment.”

There were two plans to do this. One was to buy the Prospect Avenue mansions as they became available and eventually turn the entire east side of the street into parkland. Another plan, the one pursued, was to create parkland below the buffs with landfill. State legislation had given the city the right to a 300-foot-wide strip of lake bed along the shoreline between Juneau and Lake Parks in the 1890s. In 1907, the massive landfill project that took more than 20 years to complete was started. The work created McKinley and Bradford Beaches as well as a lagoon and a small park around it. Lincoln Memorial Drive connected them all and ran from E. Mason Street to E. Kenwood Boulevard, a distance of slightly over three miles. It opened in 1929 and was named for Abraham Lincoln, whose statue stands in front of the War Memorial today.

There have been significant changes in the years since. A ship-like structure was built at Bradford Beach in 1950 and includes a bathhouse and concessions. Volleyball leagues, beach equipment, and kayak rentals are available at the busiest beach in town.

A section of the drive south of Bradford Beach and north of the Government Pier ran very close to the water. Because there was no breakwater there, lake storms would wash sand, rocks, gravel, and other debris onto the road. In recent times, more fill moved the waterline away from the street and large rocks at the shore and other landscaping have eliminated that problem.

Changes to the breakwater and still more landfill made the McKinley Marina a safe harbor for private boats as well as charter boats for hire for fishing, sightseeing, and sailing. It is the home of the Milwaukee Yacht Club, which offers storage, docking, and launching services. It is also the home the of the Milwaukee Community Sailing Center which, among other activities, teaches young people how to sail.

More landfilling was also done in the 1970s and 1980s and gave us Veterans Park, which includes the Vietnam Veterans Memorial and is an ideal place to watch the many firework displays offered during the summer. Lake breezes make kite flying a popular pastime. The lagoon draws kayakers, paddle boaters and, in spite of appeals to the contrary, people feeding the water fowl.

In the 1950s, the War Memorial and Milwaukee Art Museum building was constructed at the south end of the drive. After the Chicago and Northwestern Railway Station at the foot of E. Wisconsin Avenue was razed and the tracks removed, the road was extended southward and now provides access to the Calatrava addition of the Art Museum, Discovery World, the Lakeshore State Park, and the Summerfest Grounds, all sitting on landfill.

With the anticipated Lakefront Gateway project due to be completed near E. Clybourn Street, Lincoln Memorial Dr. will become all the more important as the city’s playground. 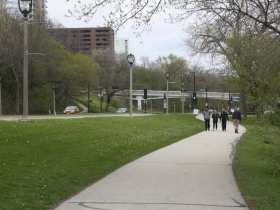 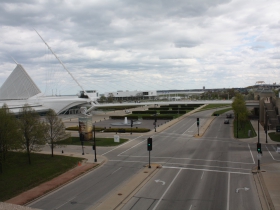 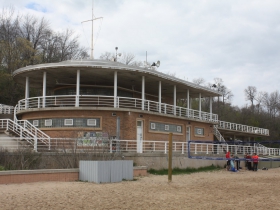 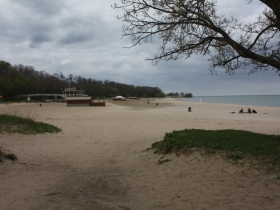 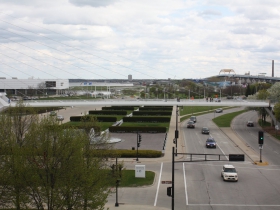 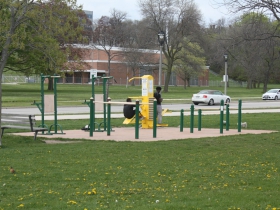 7 thoughts on “City Streets: Lincoln Memorial Dr. Was Under Water”