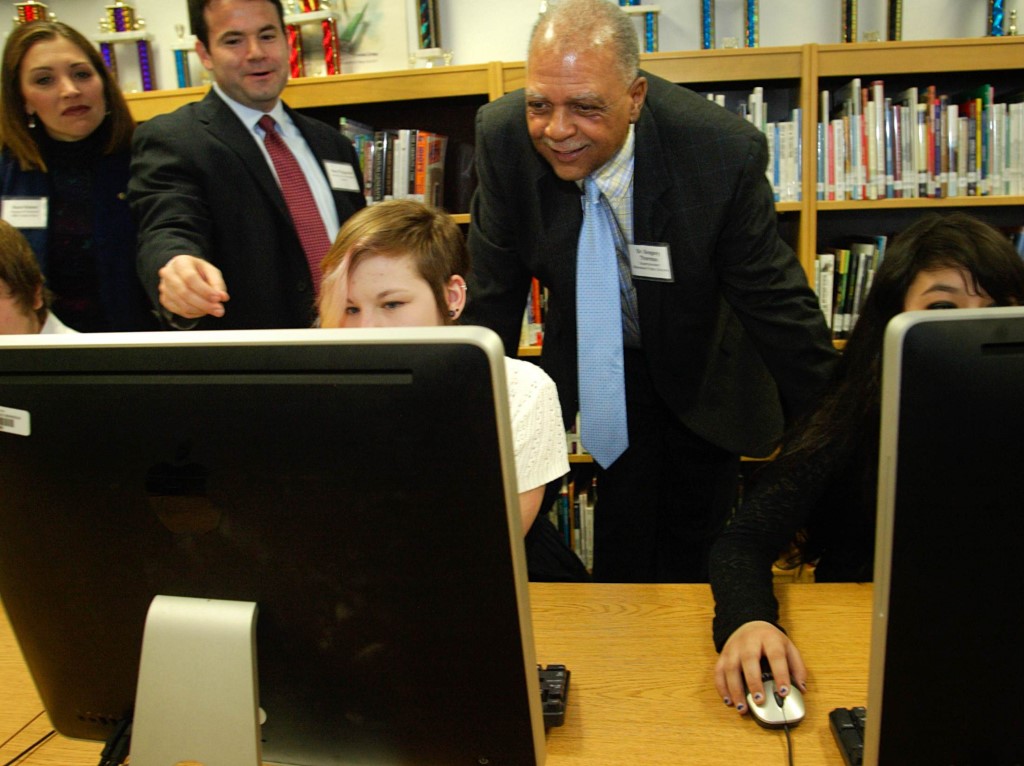 In February, 2014, not long after Milwaukee School Superintendent Gregory Thornton announced he was leaving town for a job running the Baltimore Public Schools, Journal Sentinel education columnist Alan Borsuk told WUWM-FM he believed Thornton was not happy in Milwaukee. ”He was frustrated by the board; he was frustrated by the general inertia of change in Milwaukee, that things he wanted to get done couldn’t get done,” Borsuk said.

And so Thornton went to Baltimore, telling the press there it offered a much less “complex” situation than Milwaukee. Yet within a year he was facing controversy and complaints that led to his firing early this month. Thornton had lasted just two years. Nationally, the average urban superintendent’s tenure is just 3.2 years. That kind of turnover tells us what a difficult job it is and also why success is infrequent: just how much can you accomplish in three years?

My sense was that Thornton did a pretty good job in Milwaukee. A more mixed review was offered in a 2014 story on Thornton’s time here by the Baltimore Sun.

Both in Milwaukee and Baltimore, Thornton was criticized for not communicating enough, which was a contributing factor in his recent firing. Marnell Cooper, the Baltimore School Board’s chair, praised Thornton for managing sizable budget shortfalls, working to implement a $1 billion school construction project, and securing a free-meal program for all students.

“But Thornton’s critics pointed to poor academic performance,” a Baltimore Sun story noted. “Dropout rates are up, and the results from new standardized tests were worse than expected. The system also saw an unexpected drop in enrollment of 1,900 students after years of growth.”

Like all big city school systems, Baltimore’s average achievement test results are abysmal. Statistics from the NAEP testing program found just 14 percent of students tested at or above the proficient level in 2013, compared to 18 percent for Milwaukee Public Schools that year. That might help explain Baltimore’s enrollment drop under Thornton: families look for any alternative to a system like that, and any improvements a superintendent manages to oversee can only be marginal, given how low the achievement level is.

This is what you would expect to encounter if you take most poor students in a metro area and concentrate them in one school system. As in most urban systems, the vast majority of Milwaukee Public School students are eligible for free lunch. Most students come from financially-stressed, single-parent families who are often subject to evictions, causing huge disruptions in their lives and resulting in teachers seeing one-third of their students transfer out or into the class within a year.

Students in Wisconsin’s wealthiest school districts are four grade levels above students in the poorest school districts, as a recent analysis found. This is both because wealthy families are more stable with better educated parents, but also because the per-pupil spending is higher in municipalities with a more bountiful property tax base. To reduce that huge difference the state sends more school funding to poorer school systems, but that formula has been steadily watered down since the 1990s and has declined markedly since 2006.

Add to that the impact of high crime, lead poisoning and other urban maladies that affect children, and it’s no surprise they rank so much lower in achievement. It would take a miracle worker to significantly upgrade average achievement and Thornton fell far short of that, as did a long line of his predecessors in Milwaukee.

Milwaukee, moreover, is in unique among big cities in the many routes it provides for more motivated students, those likely to perform better, to avoid MPS. The open enrollment system allows any city students to transfer to suburban schools that have openings. Chapter 220 (which is finally being phased out) allows the city’s minority students to transfer to suburban schools. Milwaukee has a more robust system of Catholic and Lutheran schools than many cities as a result of voucher funding. Beyond that there are all kinds of non-religious choice and charter schools located throughout the city. And so MPS has year by year seen its enrollment include an ever-higher percentage of low-income and special education students.

That next piece of legislation did indeed come: the recent state law that allows Milwaukee County Executive Chris Abele and his specially appointed school commissioner to take control of some of Milwaukee Public Schools’ poorest performing schools. Abele chose Mequon-Thiensville Superintendent Demond Means, which in essence adds a competing administrator to make decisions about a system that is being run by Thornton’s replacement, Milwaukee superintendent Darienne Driver. Not surprisingly, she doesn’t seem pleased by the situation.

Even before this latest change, Thornton felt squeezed by the educational vise in Milwaukee. “He wanted to do more privatization and more charters than the school board wanted to,” Milwaukee school board member Terrence Falk told the Baltimore Sun. Falk acknowledged that Thornton was in a tricky situation: “If he swung too far toward privatization, he would anger the board; if he was perceived as hostile to vouchers and charters, he would alienate political, business and civic leaders,” as the story summarized.

“Sometimes he was perceived as a villain by both sides,” Rev. Willie E. Brisco, who heads the Milwaukee Inner City Congregations Allied for Hope, told the Sun. “I just don’t know if there is anybody that can really turn this around in this political climate.”

Being the Milwaukee superintendent means you run a school system that is constantly being undercut by all kinds of complex politics, even as a relentless drumbeat of criticism demonizes your schools. You wonder why anyone wants the job.

Driver might be better than Thornton, and with luck, might last longer than the average urban superintendent. If she’s a huge success, that might mean the percent of proficient students rises by, say, five percentage points. No, that wouldn’t make a huge difference, but given the manifest inequalities facing urban students, that would truly be a miracle.