BB’s Has Become a Downtown Mainstay

Offering breakfast, burgers and beer on Wisconsin Ave. with happy hours every weekday. 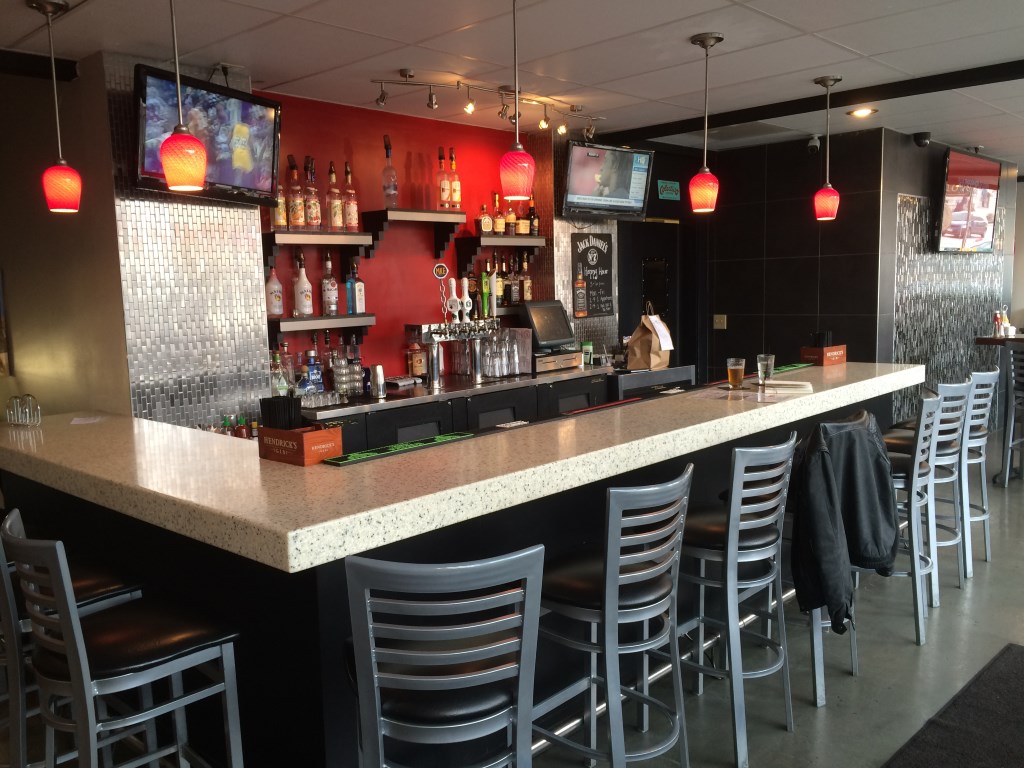 Build a Burger, Build a Breakfast. Photo by Joey Grihalva.

Many call it BB’s but the full name is Build a Burger, Build a Breakfast, located at 633 W. Wisconsin Ave., on the ground floor of a downtown office building. A couple months after it opened my friends and I met there to watch team USA’s first match of the 2014 World Cup. One of my friends was walking over from work and called me for directions just as the match was kicking off. “It’s on the corner of James Lovell and Wiscon-OH MY GOD DEUCE JUST SCORED!” I shouted into my phone following Clint Dempsey’s improbable goal in the 29th second. The other astonishing fact that afternoon was that BB’s was serving $1 tap beers. When I stopped in this week I asked if they would be doing something similar for the Badgers Sweet Sixteen matchup against Notre Dame on Friday, but the bartender knew of no such deal.

So chalk up the $1 World Cup beers to a new restaurant trying to make a splash. At this point BB’s needs little help marketing itself. It has built a solid reputation among the office workers in the neighborhood and visitors to downtown. My bartender informed me that they get a good amount of foot traffic from out-of-towners staying at nearby hotels. “Most of them want to drink local,” said the bartender, “which is why we’re re-doing our bottle and can menu and our taps are now all local.” Indeed, the six taps at BB’s are currently MKE O-Gii, New Glarus Moon Man and Spotted Cow, Lakefront IPA and Riverwest Stein, plus Miller Lite. During happy hour, 3 p.m. to 6 p.m. Monday through Friday, all taps are 2-for-1, except O-Gii. (Lite is $3 and the rest are $4, with O-Gii at $6.)

Happy hour at BB’s is only available at the bar, which seats ten. It also includes 2-for-1 rails ($4 short, $6 tall) and 2-for-1 appetizers (no carry out). They currently don’t serve any wine but will be getting some in for the summer, including a pinot grigio. There were a pair of lonely cans of Guinness in the fridge (maybe leftovers from St. Paddy’s Day), but the new inventory will lean towards local crafts. The liquor selection is pretty limited and what you might expect. A popular drink is the “Build-A-Milkshake” ($5), which lets you blend up to 3 flavors from vanilla, chocolate, strawberry, banana, blueberry, raspberry, pineapple and caramel.

The appetizers at BB’s are your standard variety: onion rings, chicken wings, loaded nachos, mozzarella sticks, chicken tenders, a combo plate. What sets BB’s apart is their burgers, obviously, but also their excellent fries, both traditional and sweet potato waffle. Since my girlfriend and her kids are gluten-free this is one of our go-to burger joints, considering it’s one of the few in town that carry gluten-free buns. The certified black angus beef is always fresh ($9 for a ½ lb, $7.50 for a ¼ lb), plus there are loads of toppings to add and 11 different sauces. Personally, I go with a quarter-pound beef patty on a pretzel bun with pepper jack cheese, spinach, red onions, kalamata olives and sriracha mayo. (You get 1 free cheese and 3 free toppings.) Speciality toppings ($1 each) include turkey bacon, Applewood smoked bacon, fried egg, sauteed mushrooms, sauteed onions, avocado, peanut butter, grilled pineapple and crumbled blue cheese.

BB’s is often referred to as just “Build-A-Burger,” but the counterpart to the make-your-own beef (or turkey or walnut) burger aspect of the restaurant is the “Build-A-Breakfast.” That side of the menu involves even more options than the one for lunch/dinner and accounts for a big portion of their business. You can make-your-own omelet and breakfast burrito. They also carry a pair of my favorite breakfast items: chorizo hash and house-made corned beef hash. BB’s is proud to offer locally-roasted Colectivo coffee and Rishi teas. They’re in the process of re-doing their food menu as well, so don’t be fooled by the 3 p.m. breakfast cut-off on their current menu; it’s served all day. 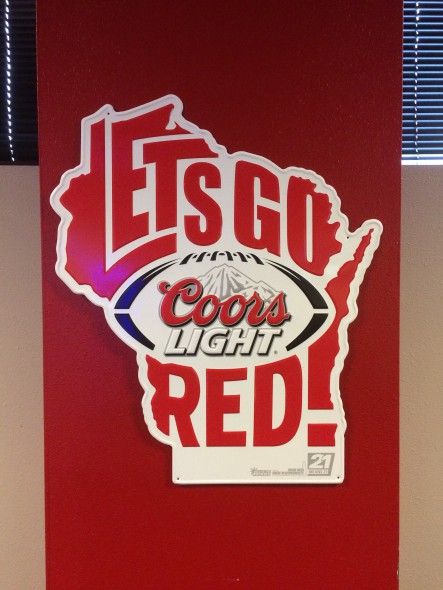 When the new menus come out they may add a few more weekly specials. At the moment BB’s does $2 Taco Tuesdays, with chicken, beef or shrimp ($1 upcharge) options. They also do 50 cent wings on Wednesday nights, dine-in only. The space is well lit during the day with tall windows looking south across Wisconsin Avenue. There is ample pub-style, booth and table seating, plus a big backroom with two pool tables, a digital jukebox and video gambling games.

BB’s backroom is where my friends and I migrated for the second half of the USA-Ghana game in the summer of 2014. The $1 beers were flowing and we went bananas when substitute John Brooks put the USA on top with a goal in the final minutes of the match. It was just as sweet as Bronson Koenig’s buzzer-beating game-winner over Xavier last Sunday for the Badgers. If you’re heading downtown to watch the big game this Friday, or any day for that matter, raise a glass and a burger (or breakfast burrito) at Build-A-Burger.

Build a Burger, Build a Breakfast 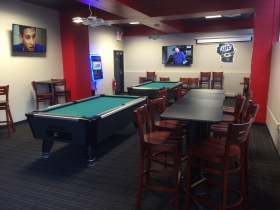 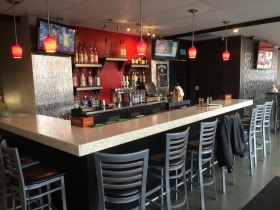 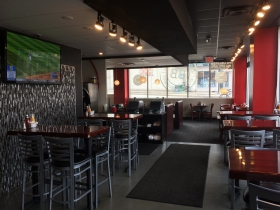 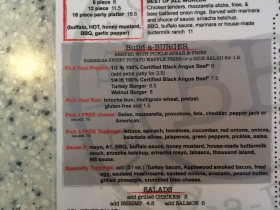