Pizza Man Is The Place for Wine

The selection is endless and glasses are $5 at its weekday happy hours. 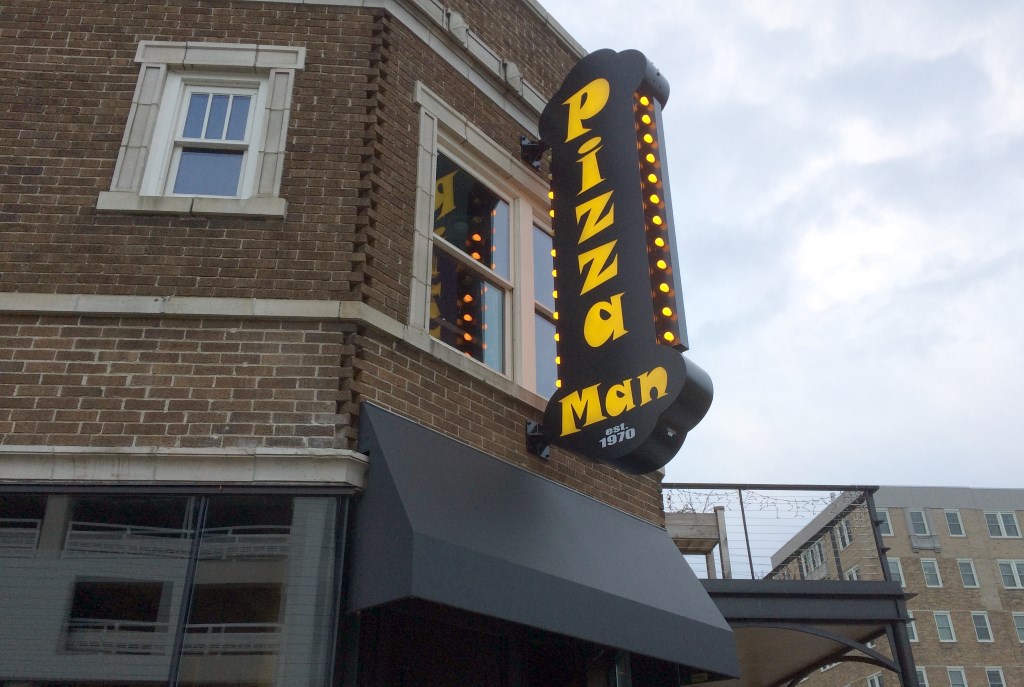 At the beginning of 2010 a blaze burned down the home of Pizza Man, which sat on the corner of North Avenue and Oakland Avenue for 40 years. That January morning the East Side lost one of its oldest eateries and the outpouring of grief was as thick as their tomato sauce. Three years later they returned with a grand reopening on Downer Avenue less than a mile from the original location. The new digs, 2597 N. Downer Ave., are considerably swankier, complete with an upstairs sunroof that is open air during the warm months, an outdoor patio, a wine display room with a large wooden table, and cozy nooks peppered throughout the restaurant. There are heat lamps hanging above the sunroof deck, making it a comfy place in the winter and summer. 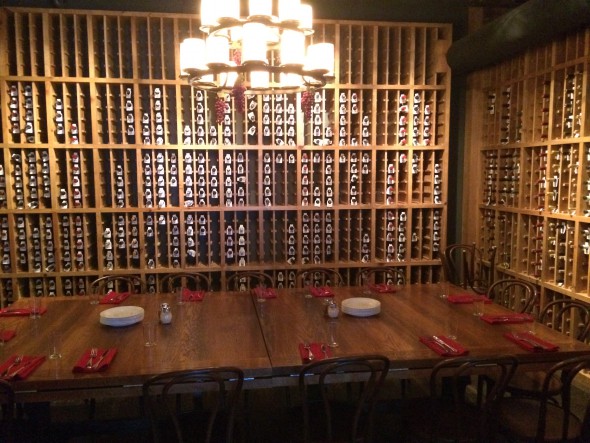 A big part of Pizza Man’s identity is that it’s a renowned wine bar. Their collection includes 30 wines by the glass, over 250 domestic bottles (with 40 under $40) and a unique “choose your own wine by the glass” feature, which allows you to try almost any bottle as long as you buy two glasses. Their happy hour allows you to sample some of their selections at a great price. From open (4 p.m.) until 6 p.m. Monday through Friday, Pizza Man offers a glass of red and white at $5 each, and the choices change daily. Wines by the glass regularly sell for $9-$15 (red) and $7-$13 (white).  I’ve had an aversion to Merlot ever since seeing the film Sideways, so I went with a crisp $5 glass of Jacuzzi Arneis. They also have 16 lines of tap wine, that can be served in 5oz glasses ($7), half-carafes ($20), and full carafes ($37).

Happy hour at Pizza Man also involves three discounted tap beers, two of which rotate weekly. The third happy hour beer ($3) is always the Pizza Man Pale Ale, made exclusively for Pizza Man by the good people at Milwaukee Brewing Co. MKE just announced they’ll be expanding into the old Pabst Brewery in anticipation of the new Bucks arena. Considering Pizza Man opened a second location in the Mayfair Collection last year, I’d venture a guess that a third location may pop up in the arena district. The tap beer selection at Pizza Man is formidable and they have over 30 bottles and cans. They currently have a cider from Burlington (Aeppeltreow Songbird Dry), a rye saison from Door County Brewing Co. (Biere De Siegele), and Infectious Groove from O’so, a wild sour ale.

There are no food specials as part of happy hour at Pizza Man but their pies are a thing of beauty. When I stopped in recently with my girlfriend we tried their quinoa gluten-free crust and I have to admit it doesn’t match up with those from Transfer and Riverwest Pizza Co. But that’s not to take away from the quality of their traditional crust and their great selection of toppings. The one gluten-free pie wasn’t enough for two, so I also ordered the eggplant Parmiaganawich. It’s a hearty vegetarian sandwich on a tasty seeded bun that I added giardiniera to for extra flavor. The fries were top notch and went well with their garlic aioli. The salads look fantastic and next time I’m in I’ll likely order the braised oxtail risotto or the Ortolano (carrot “pappaderelle,” kale-hazelnut pesto, mushrooms, brussel sprouts and ricotta salad).

Pizza Man is a little pricier than most pizza joints in town but they’ve got a few friendly weekly specials that’ll save you money. On Mondays bottles of red wine are half-off, Tuesdays kids eat free and on Wednesdays it’s half-off white wine and buy-one-get-one large (any topping) pizzas. Although they relocated into a new building, they still have a dedicated customer base. It was mostly empty when my girlfriend and I strolled in shortly after opening. The hostess assured us it would fill up quick. Sure enough, the place was packed by 6:30 p.m. and the smells of fresh crust, cooked meats, and warm cheese filled the air.

Pizza Man was among the throng of local restaurants who filled MSOE’s Kern Center with delightful aromas during last Sunday’s successful 91.7 WMSE Rockabilly Chili Fundraiser event. I stuffed myself with zesty, hearty and unique chili samples, Pizza Man’s being one of the best vegetarian options. Their East Side location is a wonderful place for a first date, a family dinner or a night out with friends and they have a lot more than those delicious pizzas. 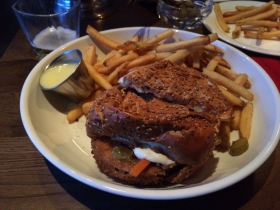 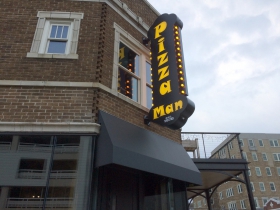 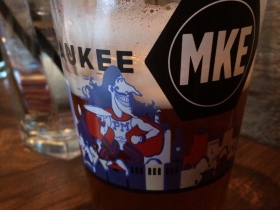 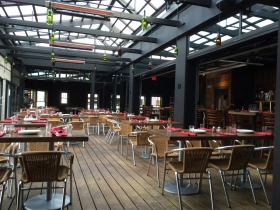 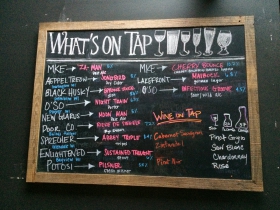 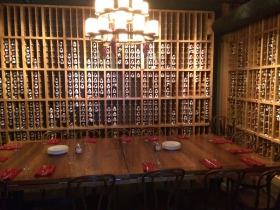 One thought on “Happy Hour: Pizza Man Is The Place for Wine”