And once was the chief connection to Watertown Plank Rd, a road made of oak planks. 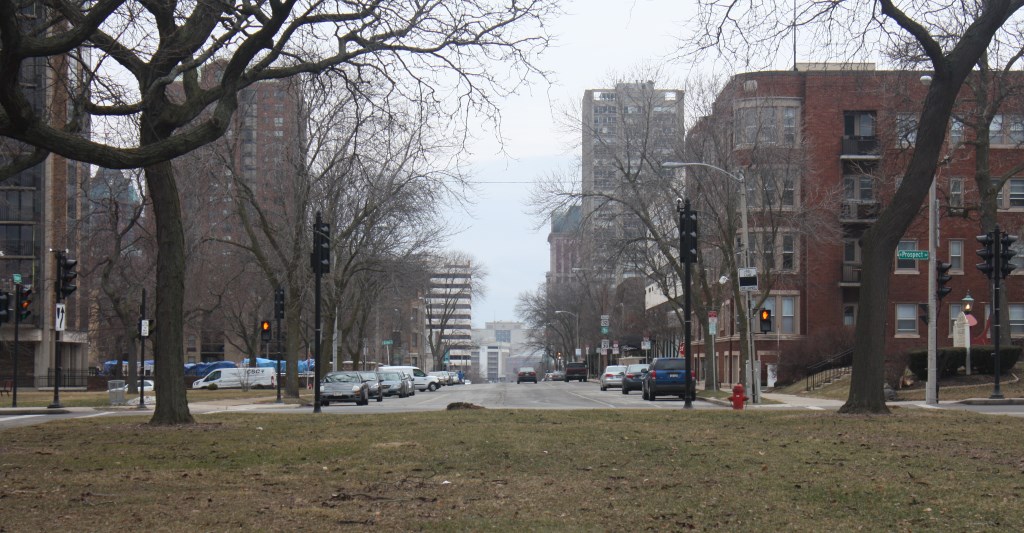 State Street, as we know it today, is made up of three formerly distinct thoroughfares: Martin Street from the Milwaukee River to Juneau Park, Tamarack Street west from the river to N. 12th Street, and beyond 12th Street the Watertown Plank Road.

Martin Street was named by Solomon Juneau and Morgan L. Martin in 1835 and is named for the latter. Morgan Lewis Martin was born in 1805 in Martinsburg, New York, a town named for his father.

After graduation from law school in his home state, Martin moved to Green Bay, which was part of the Michigan Territory, when he was 22 years old. He lived there until his death 60 years later. Martin convinced Juneau, who had a valid claim to what would be known as Juneautown, that they could create a city here. Consequently, since it was Martin’s idea and he helped carry it out, it could be argued that he was the founder of Milwaukee. After Martin purchased half of Juneau’s land for $500, they began planning the new town, including the naming of the streets.

Martin, a Democrat, was elected to a variety of legislative positions in the Michigan and Wisconsin Territories, and after Wisconsin became a state in 1848, to the state assembly and the state senate. He also served as the Oneida Indian Agent in Green Bay. In 1875 he became a Brown County Court judge, a position he held until his death in 1887.

Tamarack Street was named in 1835 with the development of Kilbourntown by Byron Kilbourn and his associates as part of a group of tree-named streets. This street passed through a tamarack swamp that extended from the river to about N. 5th Street. The wood from the tamarack tree is tough and durable and was employed for a number of uses by native people and early settlers. The wood is flexible in thin strips and was used for making snowshoes and other items. One theory is that the word comes from the Algonquian language and means “wood used for bow and arrows.”

Solomon Juneau’s home, like other structures built by early settlers, was made from tamarack logs. Before there were bridges over the Milwaukee River, tamarack rafts ferried people from one side to the other. Tamarack trunks cut into ten- to twelve-foot lengths, and reamed out by hand, served as pipes for the city’s first attempts at water service. The wooden pipes carried cool, clean water from a spring at Wisconsin Avenue near Jackson Street to a hotel at N. Water and E. Clybourn Streets. When dug up years later, the pipes were still in good shape.

When Wisconsin achieved statehood, it began chartering corporations to build plank roads and allowed them to charge a toll for their use, hoping to provide more reliable transportation in a state with very few roads. The Watertown Plank Road between Milwaukee and Watertown was one of the few plank roads that was a success, if only briefly.

Plank roads were usually built of oak planks, which outlasted softer woods. Eight foot long planks, two or more inches thick, laid across two oak rails eight feet apart and four inches square, provided a smooth surface for wagons and, depending on weather conditions, were safe for the animals pulling them. But even oak wore under heavy loads and weather, and maintenance costs drove many plank road companies out of business.

Construction of the Watertown Plank Road began in 1848 and was completed in 1853. It was profitable until 1855, when the railroad from Milwaukee to Watertown was completed. Because the company was unable to compete with the railroad, the owners began abandoning parts of it. By 1861 sections came under the control of the towns and cities it passed through.

The Watertown Plank Road followed earlier foot paths which provided the easiest route by keeping to the high ground and avoiding low swampy areas wherever possible. This led to a road that serpentined from Watertown to Tamarack Street. As the city grew after the Civil War, Tamarack Street was extended to N. 27th Street and the former plank road was straightened to fit the city’s grid pattern. 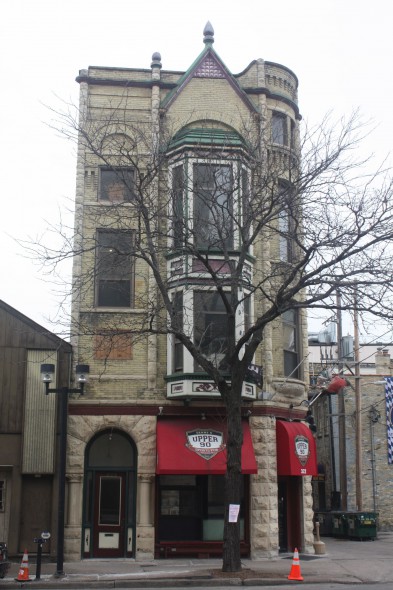 In 1866, there was pressure to upgrade the name of Tamarack Street to State Street. The proposed name was well-known and in vogue. New York City’s State Street was considered one of the most fashionable and elegant residential addresses in the world. Boston’s State Street was historic and Chicago’s State Street was the retail center of that city. Wisconsin’s road system had improved and Milwaukee’s State Street would lead all the way to the state capital, so the name would be appropriate.

The Milwaukee Sentinel wasn’t impressed with the pretentious new name. It derisively reported that, “as a consequence the value of the property on the upper portion of that drive has increased $10 per foot.” State Street was later extended and straightened to N. 35th Street, but as it continued to move west on the old plank road and there were no efforts to straighten it.

In 1926, during the city’s street renaming program, Juneautown’s Martin Street was renamed State Street so it would have only name for its entire length. To appease those who complained that Morgan Martin deserved a place on the city’s map, Martin Drive, one block north of State Street, was named. It runs between W. Highland Boulevard and N. 46th Street and then between N. 52nd Street and N. Hawley Road. And there is still a Tamarack Street in the city. It was named in 1889 and is two blocks long, bisected by W. Fond du Lac Avenue near N. 25th Street.

Today, the 4.6 mile-long State Street begins at Prospect Avenue and continues west until it leaves the city at N. 60th Street. There it enters Wauwatosa and ends at the Harmonee Bridge, but the route over that bridge still leads to W. Watertown Plank Road. 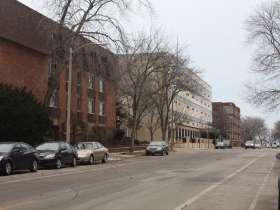 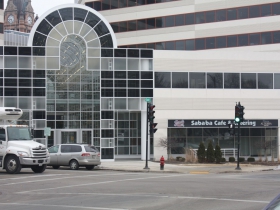 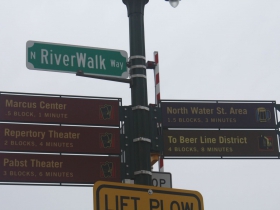 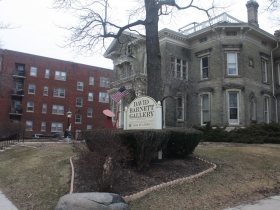 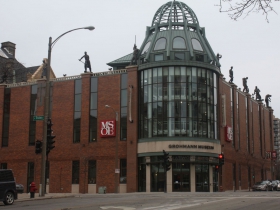 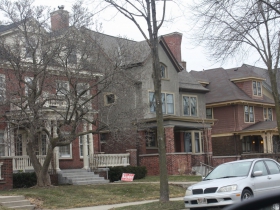