A fun happy hour, good food, and a rock vibe: they promote and love WMSE. 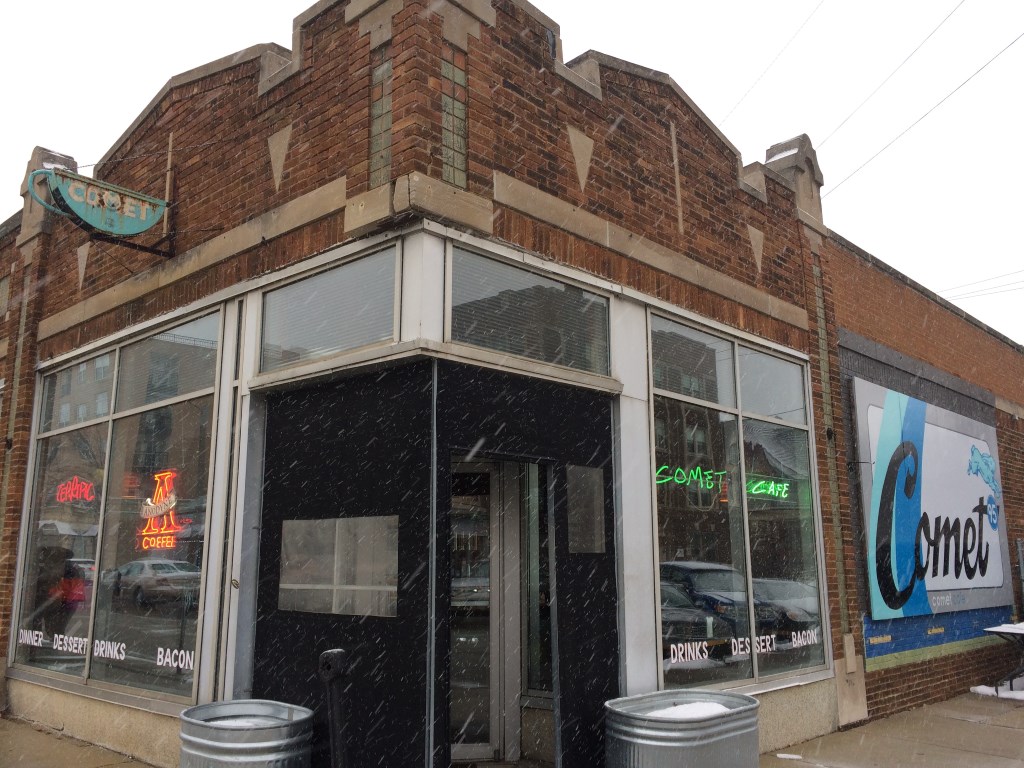 Comet Cafe (1947 N. Farwell Ave.) celebrated their 20th Anniversary last September with a block party that featured live bands and DJs from 91.7 WMSE. The corner cafe on the Lower East Side has long been a supporter of the Milwaukee School of Engineering’s radio station, which turns 35 this year. WMSE will be throwing their own punk birthday bash at Turner Hall next month, but before that they’ll host the 14th Annual Rockabilly Chili Fundraiser on Sunday March 6 at MSOE’s Kern Center. Among the many vendors contributing their chili expertise will be Comet Cafe.

Owned by the same group that runs Fuel Cafe in Riverwest, Comet Cafe was once a smaller, alcohol-free operation. My girlfriend remembers it as one of her go-to college hangouts in the late 90s; a place for coffee, cigarettes and conversation. In 2005 they remodeled, adding an extra room and a wraparound bar. Today it has more of a diner feel, but maintains its original rock n’ roll vibe, if not through their design, then through their soundtrack, their ties to WMSE, and their tattooed personnel. When I dropped in this week one of the servers was Ashley Smith, frontman for Whips, one of the best rock bands in town. Whips will play a sold-out show tonight at the Harley Davidson Museum as part of the Mama Tried Motorcycle Show. 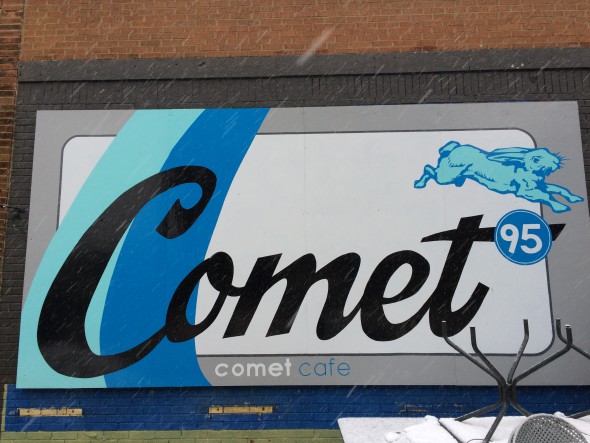 The Comet. Photo by Joey Grihalva.

The happy hour at Comet, which they’ve dubbed a “Beermergency,” runs Monday through Friday from 3 p.m. to 6 p.m. It consists of $1 Old Style cans and $1 off most taps. Comet has carried craft beers well before it was trendy and they have one of the coolest ways of displaying their regularly rotating draft selection: a booklet with beer and cocktail trading cards. I ordered a pint of Karben4’s Silk Scorpion, an American Black Ale. Like the Fantasy Factory IPA, it’s another fantastic beer from Madison’s most popular brewer, and is only $4 during happy hour. I also got to try Original Sin’s Cherry Tree, a wonderful cider (also $4 during happy hour) from the latest company to make a splash in the fermented apple juice business.

Comet doesn’t just have solid street cred, they’ve also got a stack of awards spanning multiple categories like best hangover breakfast, best vegetarian-friendly, best brunch, best sandwich and best bloody mary. With breakfast served until 3pm everyday it’s easy to see why college kids and rockers like to start their day at Comet. I haven’t had their bloody mary yet, but I hear great things. Their vegetarian/vegan offerings are generous but what really sets them apart is their sandwiches.

Fuel and Comet make their sandwiches in the same style but only share a couple of recipes. When I was bartending at the Uptowner I regularly ate Fuel’s sandwiches. Comet has almost 20 varieties, one of which was featured on Guy Fieri’s Diners, Drive-Ins and Dives: the bacon-wrapped meatloaf with mashed potato open-faced sandwich. It was hard to choose, and I almost changed my mind and ordered a personalized Mac & Cheese, but eventually I let the bartender talk me into a Cheesy Roast Beef. I do not regret the decision. In fact, the toasted mozzarella and provolone wrapped itself perfectly around the strips of beef, and the spicy fries coated in cajun spices were well worth the $1 upcharge.

In addition to the Beermergency Comet has an array of weekly specials starting with their “Coozie Club” on Monday nights (get a free Comet coozie with the purchase of a can of beer and bring it back for $1 cans). Tuesday they have a dozen $4 classic cocktails, Wednesday they dig “special brews out of their secret cellar,” and Thursdays is half-off bottles of wine. Sundays finish the week off right with $2.50 Lakefront beer and free bacon (spend $2.50 on anything and you get a basket of sizzling pork on the house, while supplies last). With almost 100 bottles and cans, there’s a drink for everyone at Comet. For an elevated six-course family-style fine dining experience, reserve a spot at Comet’s beer and whiskey dinner on Tuesday March 1.

Last month I promoted 88Nine Radio Milwaukee’s “Sound Bites” fundraiser, which was a deliciously fun night. This month I’m supporting another non-commercial radio station by promoting another food-centric fundraiser, WMSE’s Rockabilly Chili Fundraiser, complete with DJ happy hour picks. First up is Jank, one half of the Tuesday night hip-hop institution, Those Hip-Hop Guys. I owe much of my early hip-hop education to their predecessors Aaron Wade and JayBee from the Late Night Hype Show. If you happen to be looking for a hip-hop party this weekend, you’ve got two nights to pick from at Company Brewing. Tonight Christopher Gilbert of New Age Narcissism celebrates his birthday in grand fashion with “ARTdentity,” and tomorrow Bizzon and 88Nine’s Jordan Lee host “Dre Day,” a West Coast rap party in honor of Dr. Dre.

Continuing my recent tradition of including a music host’s happy hour recommendation, DJ Bizzon of Those Hi-Hop Guys deferred to his collegue Jank’s drinking wisdom. Jank: “My favorite spot for happy hour is Duke’s on Water. The drinks are ultra-cheap and I love watching all the d-bags try to pick up anything with a pulse. The thirst is real. TGIFridays is the business too with happy hour (not kidding). My wife makes me go but I end up having a good time. Don’t sleep on their long islands!”

TGIF, hm. I have a feeling Jank’s wife would enjoy my Applebee’s adventure from last year. Long islands all day long! 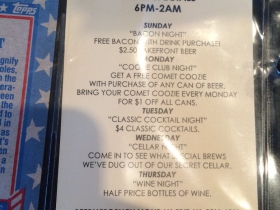 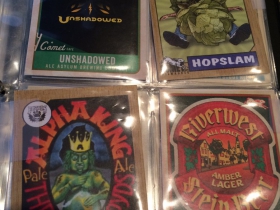 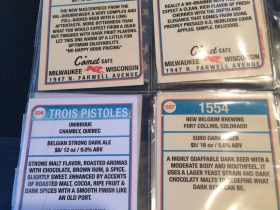 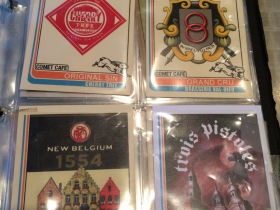 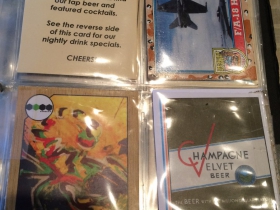 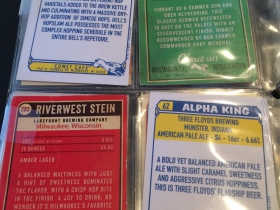