Yes, Tory Hill Is a Street

It was named to commemorate the old Irish neighborhood obliterated by a freeway. 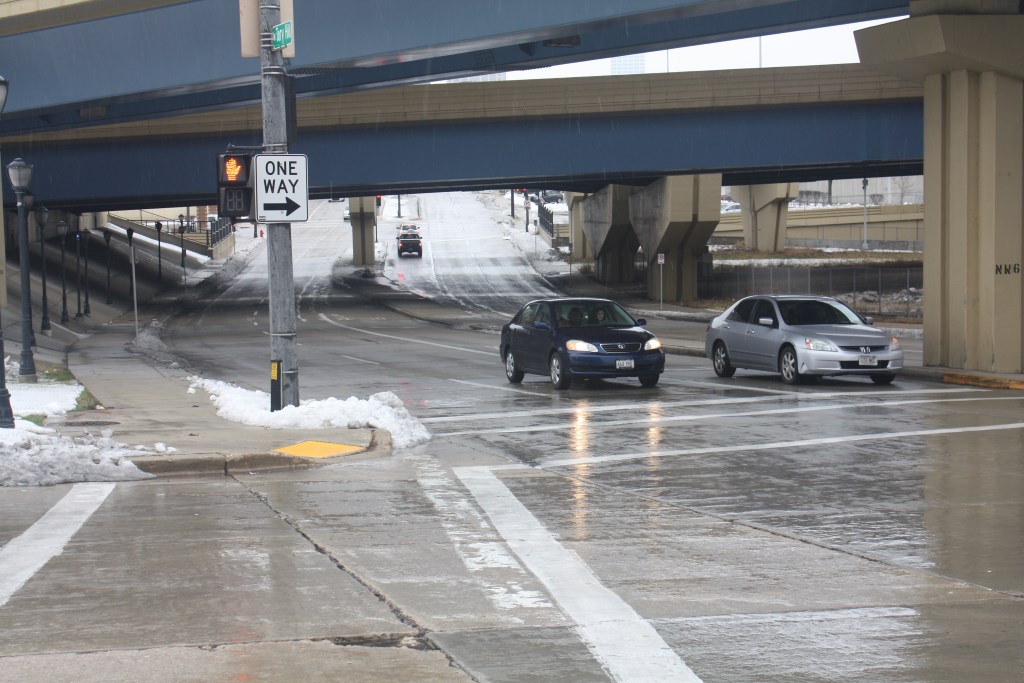 The street named Tory Hill is three blocks long and surrounded by concrete. Freeways run above and beneath it and concrete pillars dominate its views. It runs at an angle and connects W. Michigan and W. Clybourn Streets between N. 10th and N. 13th Streets. The Common Council named the street in 1965 to remind us it’s part of the former Tory Hill neighborhood that was mostly obliterated by the freeway system.

The borders of this Irish neighborhood were roughly from N. 4th to N. 13th Streets and from W. Michigan Street down to the railroad tracks south of St. Paul Avenue. A hill sloped to the Menomonee River Valley from W. Clybourn Street between 6th and 8th Streets and became the core of Tory Hill and gave it the second part of its name.

For the first part of its name, we turn to Humphrey Desmond (1858-1932), a Milwaukee Irishman and local historian, as well as a lawyer and the owner and editor of the Catholic Citizen, a forerunner of today’s Catholic Herald Citizen. He said the name “Tory” in Tory Hill was “not complimentary” and that it was “a name fastened on the Irish in the sixteenth and seventeenth centuries by the English invaders.” The Oxford Companion to Irish History tells us the word “tory” came from the Irish word “toraidhe” which means “robber.” The English initially used the term to refer to Irish outlaws or bandits and eventually they applied it to all Irish Catholics.

By the 1860s, the name of the neighborhood was firmly entrenched. In an article in a Milwaukee newspaper, The Weekly Wisconsin, in January 1863, a Milwaukee reporter touring New York’s Central Park writes of the large number of swans in the park. He comments that “the good Irish people of Tory Hill furnish twice the number of swans and geese.”

The Tory Hill neighborhood began in the 1840s when Irish immigrants were employed as laborers in shaping the city by leveling bluffs and filling in boggy areas, grading streets and digging the ill-fated Milwaukee and Rock River Canal. They bought twenty- to twenty-five foot wide lots in Tory Hill. Some owners improved their yards with sod and transplanted trees.

In 1847, Milwaukee Catholic leaders realized the neighborhood needed a church to serve the needs of Tory Hill residents and other Irish Catholics to the south and west. Two years later St. Gall Catholic Church was erected at N. 2nd and Sycamore (now Michigan) Streets. The church also drew some Third Ward Irish who found it more conveniently located than the other Irish church, the Cathedral of St. John. The new parish was named for St. Gall, a sixth-century Irish missionary who worked to Christianize Switzerland and in whose honor the Abbey of St. Gall there was named. Milwaukee’s Swiss-born archbishop, John Henni, had attended the abbey and named St. Gall church. This was one of the few acts by the German-speaking Henni that received the whole-hearted approval of the city’s Irish.

Any hope for a bucolic neighborhood ended in 1851 when Milwaukee’s first railroad made its maiden voyage all the way to Waukesha. The railroad brought noise, soot, and vibrations to the neighborhood. More industry came to the valley, and with it came the stench of stockyards and packing houses. Other businesses added more smoke and soot. The Sentinel contemptuously referred to Tory Hill as “that fragrant locality” and “that delectable locality.”

But many Tory Hillers derived their livelihood as laborers in those same industries. The pay was low, forcing most workers to live from hand to mouth. Tory Hill residents lacked the political influence enjoyed by their Third Ward cousins across the Milwaukee River. The jobs of firemen, policemen, and constables, as well as other political positions that were enjoyed by their brethren in the Third Ward were harder to get in Tory Hill, as its Irish residents were a smaller percent of the Fourth Ward population.

Tory Hill’s poverty, which produced a relatively high crime rate, made it a place for non-residents to stay away from. James Kneeland, a wealthy Yankee investor and one-time owner of some Tory Hill property, wore as a badge of courage that when he was young, he would walk through Tory Hill – alone.

Idleness among youths led some to terrorize outsiders who came into the area, as well as people in nearby neighborhoods. Attacks on people on the fringes of Tory Hill scared users of Merrill’s Grove, a mile away at 29th and Wisconsin, who reportedly feared “unpleasantness from the Tory Hill ruffians and other Irish ragamuffins.”

Alcohol was often at the center of violence against families and neighbors. This kind of crime made the Sentinel editorialize that it was necessary to “Skim the vile scum from that neighborhood.” Desmond reported that drinking in Tory Hill “set back many promising careers and made wretched many homes.”

In the mid 1880s, the city’s transportation system took its first bite out of Tory Hill. A new railroad passenger station was built south of Zeidler Union Square at N. 3rd and W. Michigan Streets. The spur to the station ran from the tracks south of St. Paul Avenue at N. 7th Street and required the razing of dozens of Tory Hill homes. Many of the displaced residents moved to homes on the fringes of the neighborhood.

One neighborhood street was named Hibernia which is the Latin name for Ireland. It was between W. Clybourn Street and W. St. Paul Avenue and ran from N. 9th to N. 11th Streets. An analysis of censuses that included Hibernia Street shows that in 1880, Irish made up 92 percent of the residents. By 1900, the street’s Irish population had dropped to 72 percent and by 1910 it was no longer Irish, with only 12 percent of the residents of Irish ancestry.

The new Tory Hill residents were from Eastern Europe, mainly from Slovenia and Croatia. They replaced the Irish who had died or moved away. Many of the Irish scattered to other parts of the city, among them Merrill Park (St. Rose Parish), Clarke Square (St. Matthew Parish) and the area around Holy Rosary Church on N. Oakland Avenue.

Despite the disadvantages of growing up in Tory Hill, many of its sons and daughters moved on to better lives. One resident, Thomas Toohey, gained fame locally when he received the Medal of Honor for heroic action during the Civil War. Another Tory Hiller was nationally, if not internationally, famous. Pat O’Brien (1899-1983), became a Hollywood film star, appearing in more than 100 movies. He often played Irish or Irish-American characters, frequently a priest or a policeman, mainly from the 1930s through the 1950s. His last role, appropriately enough, was in 1982 in Happy Days, a television series set in Milwaukee. 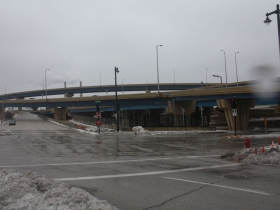 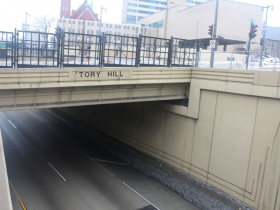 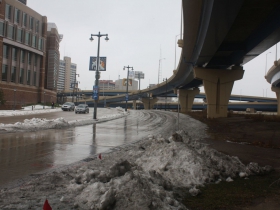 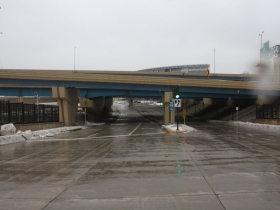 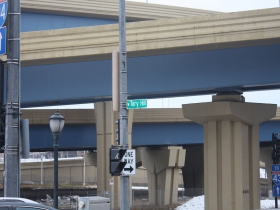 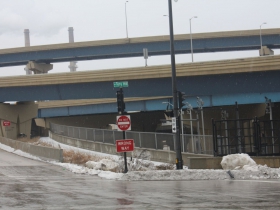 2 thoughts on “City Streets: Yes, Tory Hill Is a Street”