State aid to schools declined by $1.1 billion under Walker; choice funding rose by 77%. 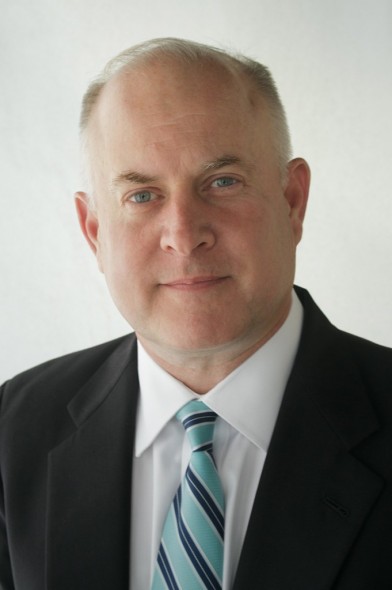 Scott Jensen, senior adviser for the American Federation for Children, said choice schools would like to provide more special education services but don’t have enough money.

The new statewide voucher, known as the Wisconsin Parental Choice Program (WPCP) and pushed through this summer by the Republican-controlled state legislature, is poised to sap more revenue from a public school system that has already seen declines in revenue.

The state Legislative Fiscal Bureau (LFB) estimated the cost of the program during for the 2015-16 school year to be $18.4 million dollars. According to the DPI the resulting reduction in aid will have a statewide impact of $11.9 million on school districts. The WPCP program, which is expected to continue to grow, is projected to cost the state $29.4 million in the 2016-2017 school year.

With the program bringing new children under state funding who previously were not, the state funding for education is being spread thinner and thinner, says Terry Falk, a member of the Milwaukee School Board.  That forces districts to make cuts in programming, which may push more parents to put their children in private schools, which in turn causes the loss of more state aid, he says: “It’s a vicious circle.”

Under Act 55, passed this summer, the previous cap of 1,000 students for the WPCP voucher program was eliminated. The law also stipulated that local school boards would be unable to levy taxes in order to compensate for any reductions in revenue due to the expansion of school vouchers.

Smaller, rural districts are even less equipped to handle decreases in funding, Falk says. Large school districts historically have more room to maneuver, with options such as consolidating the number of schools. However, after legislation passed during the last budget cycle, empty schools can be taken away from Milwaukee Public Schools and sold, possibly to competitor voucher schools. Supporters have charged that MPS has held on to empty buildings to thwart voucher schools, but Falk and other MPS officials say they need the flexibility to use these buildings for future programs.

Schools will reach a point where there will be no room to endure budget cuts and remain viable, says Falk. You may see some school districts going under within the next year, he predicts, and that may eventually include MPS, he warns.

The argument that districts need less money if the number of students in their schools is reduced is not “entirely true,” Falk says. MPS has what Falk calls legacy costs. These are the long-term financial commitments, such as health care to retirees. Even now that this option is unavailable, MPS must still honor its past commitments, and that becomes harder and harder as the number of MPS students — and per-student state aid — declines.

“You can’t cut your way to solvency,” Falk says.

According to analysis by the LFB, the state will spend $236 million dollars on statewide voucher programs, with a statewide aid reduction of $75 million for public funding during the 2015-16 school year. The LFB estimates the state will spend $258 million on voucher programs with an accompanying aid reduction of $83 million in the 2016-17 school year. In addition, the bureau estimates that tax exemptions for parents paying tuition to private schools is set to decrease individual income tax collections by $30 million annually beginning in 2014.

Republican Assembly Speaker Robin Vos and Senate Majority Leader Scott Fitzgerald declined to respond to request for comments. But Jim Bender, president of School Choice Wisconsin and lobbyist, says, “There is a huge parental demand for private schools in Milwaukee and across the state.” The demand continues to outstrip the supply, he notes.

Bender says the new voucher programs are freeing up funds to give more parents the opportunity to place their child in a school of their choice, be it private or charter. School Choice Wisconsin did a survey of the new entrants in the WPCP, and Bender says they found 99 percent of the new enrollees under the program were in the schools on scholarship. New WPCP students who were previously being educated on the private schools’ dime are now freeing up scholarship dollars to be re-purposed for more students to attend the private schools. Bender, however, says he can’t release the details of his group’s survey due to student protection laws.

According to Bender, the WPCP program is less than 1 percent of education funding in the state. He also contends that per-pupil state funding — for private and public school students — has increased.

But a spokesperson from DPI says that while per pupil aid for private school students is going up by around $4, public school aid is at a net $0. As John Ashley, the executive director of the Wisconsin Association of School Boards, puts it, “The pot has gotten smaller.”

Reduced funding for public schools poses an even larger threat to school districts now that a bill, being drafted by State Senator Duey Stroebel (R-Saukville), aimed at limiting the ability for school districts to compensate for budget shortfalls with referendums is being circulated around the state legislature. This coincides with another measure, being sponsored by Republican legislators, seeking to eliminate a legislative provision that allows districts to exceed their revenue limits through a tax levy for projects that invest in energy efficiency, in order to achieve future savings on heating and cooling costs. This one-time revenue limit exemption was a way for school districts to cope with reduced revenues caused by the WPCP voucher program.

“I don’t quite see the thinking here,” says Ashley, referring to both proposals, which he believes would make it more difficult for districts already struggling with the loss of state aid because of voucher programs.

Long-term, districts have suffered major funding cuts under Governor Scott Walker. According to a memo from the LFB, reduction in state aid to public schools has reached a staggering $1.1 billion since he took office in January 2011. Meanwhile, the state has spent roughly $1.2 billion on funding for private school voucher programs since then. Funding for private schools increased 77 percent under Walker. This is seven times faster than the 11 percent rise in funding for public schools, Ashley notes.

Walker and Republican legislators have been the recipients of a flood of campaign contributions from mostly out-of-state special interest groups advocating for the expansion of voucher and school choice programs.

One D.C. based political action committee made the lion’s share of independent expenditures aimed at supporting Wisconsin voucher programs. The American Federation for Children has poured an estimated $5.4 million into Republican campaign coffers since 2010, according to Matt Rothschild of the Wisconsin Democracy Campaign, a non-profit that specializes in tracking money in state politics. The committee also spent $1.1 million on Walker’s 2012 recall election.

Matt Frendewey, a spokesperson for the American Federation for Children, argues that school choice programs such as the WPCP allow parents to put their child in best location for them to learn. Parents should have the choice to pull their children out of underperforming public schools and have the state funding for their child follow them to their new private school, he says. Frendewey says the argument put forward by opponents of the school choice programs, which often says that choice programs harm existing public schools, is a selfish argument that “puts a system ahead of individual children.”

The federation’s lead lobbyist in the capital is former Assembly Speaker Scott Jensen. Jensen was among a number of state legislators indicted and convicted in a corruption scandal that rocked the state government in the early 2000’s. Jensen eventually appealed and pled out to a minor ethics code violation along with fines and reimbursement of the state’s legal fees.

Frendewey says Jensen has “valuable insight” on the ground on the capital, and is a “well-respected former” legislator in Wisconsin.

Jensen is, “one of the most powerful lobbyists” currently working the capital, says Rothschild. “He’s thrown his weight around and he’s thrown their money around.”

Two other former Republican Assembly Speakers Jeff Fitzgerald and John Gard, have been paid to lobby for School Choice Wisconsin. All told, a lot of money is being spent to convince legislators to increase state spending on voucher schools.