Not to mention delinquent boys. Yet it was named after a famed judge. 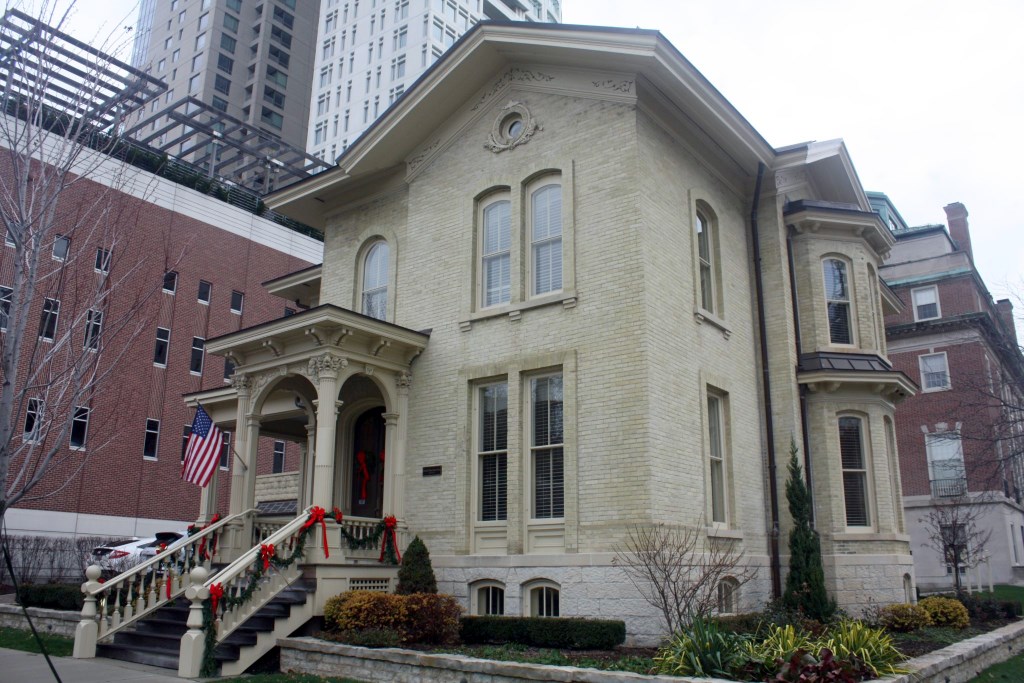 John Marshall, Chief Justice of the United States Supreme Court, died on July 6, 1835. When Solomon Juneau and Morgan L. Martin presented their plan for the Town of Milwaukee on the east side of the Milwaukee River two months later, Marshall’s name was on their street map. During his 34-year reign on the court, Marshall’s opinions paved the way for the Supreme Court to be equal to the executive and legislative branches of the government. He was also influential in determining that federal laws trump state laws.

In 1850 the Protestant Orphan Asylum was founded on Marshall Street. When an infant boy was found on the doorstep of the institution in 1868, no one was too surprised, given the establishment’s purpose. But after the orphanage moved to E. North Avenue the next year, babies were still left at the doors on Marshall Street, as newspapers of the day recounted.

In 1876, the W. W. Wilson family answered their doorbell and found a seven-week old boy on the steps, wrapped in a shawl. There was a note giving the child’s birth date. The Wilsons said that if they could not find a suitable family for the child, they would raise him themselves, because they did not want him to grow up in an orphanage. Two years later, another infant was left on Marshall Street. The woman who answered the door said of the blonde-haired, blue-eyed girl left at her doorway, “She’s so pretty.” A note in feminine handwriting included the eight-week old girl’s birth date. The woman explained that she and her husband did not have any children, so they would “keep the little darling.”

During the 1870s, boys were in the news on Marshall Street. Fifteen-year old Theodore Mussel took a joy ride. He went to Miller’s Livery on Marshall Street with the story that his father, whom he said was a mechanic on N. Water Street, wanted to rent a horse and carriage. Miller set up the rig for the boy and sent him on his way. That evening, when the boy did not return, Miller contacted Sheriff McDonald. The boy was caught near Manitowoc and Miller got his horse and buggy back. The charges against Mussel were dropped when he paid Miller for the rental.

Two other boys were not so lucky. Twelve-year old Willie McKay and ten-year old Willie Sullivan were caught breaking into a woodshed in back of Reeves Keeler‘s home on Marshall Street. They were considered incorrigible and were sent to the State Reform School until they reached the age of twenty-one.

Bob-sleighing (as it was called in those days) became popular during this era. Youths in all parts of town went looking for hills to sled down. The Yankee Hill boys chose Marshall Street south of Wells street as the choicest spot. They managed their sport well and there were few complaints about them. But, according to the Milwaukee Sentinel, boys in other parts of town were rude and annoying, so the police chief banned sledding on streets. The Marshall Street boys complained that they should not be punished for the actions of others. The chief agreed and allowed the well-behaved boys of Yankee Hill to continue sledding on the street, but it didn’t last long. There were complaints of favoritism from around the city, forcing the chief to ban sledding on all streets for everyone.

North Marshall Street, which originally started at E. Wisconsin Avenue, now begins at E. Mason Street, runs through Yankee Hill, and ends at the bluff overlooking N. Water Street at E. Land Place. Land Place had appropriately been named Highland Place until 1926, when it was changed because there were two other Highlands in the city. The Highland Avenue in Bay View was renamed Hillcrest Avenue, leaving only the Highland Avenue/Boulevard that we have today. 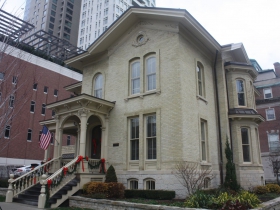 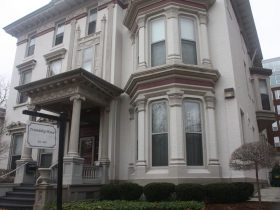 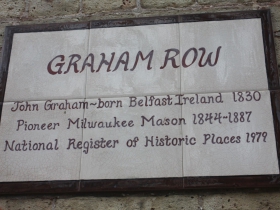 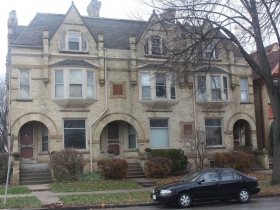 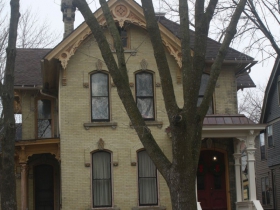 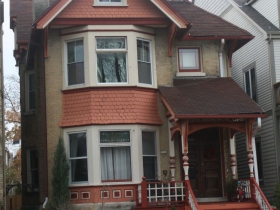